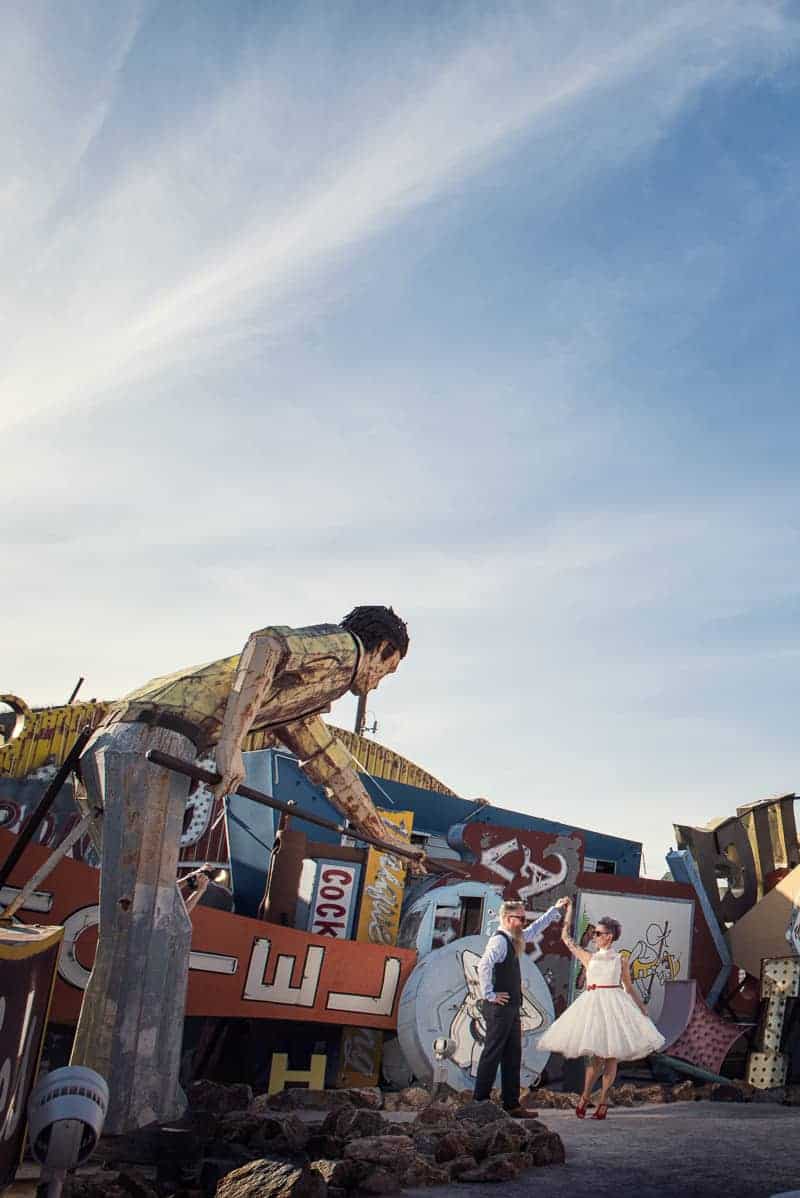 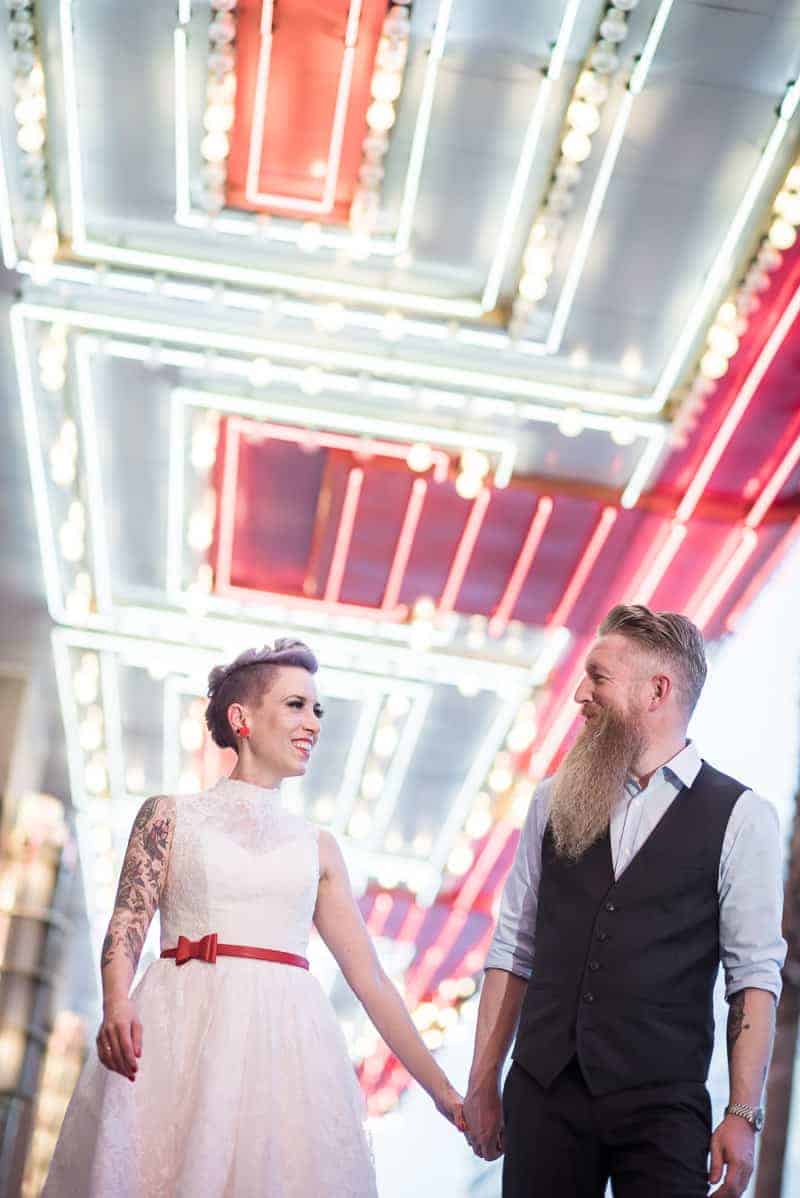 I’m not sure weddings can get much cooler than the one I am about to share with you! These two had planned their entire wedding and had everything ready to go when they both decided it actually wasn’t what they had wanted. They were listening to a lot of people’s advice instead of listening to their hearts and in the end decided that getting married in Vegas was something they would both LOVE! And so…they eloped! 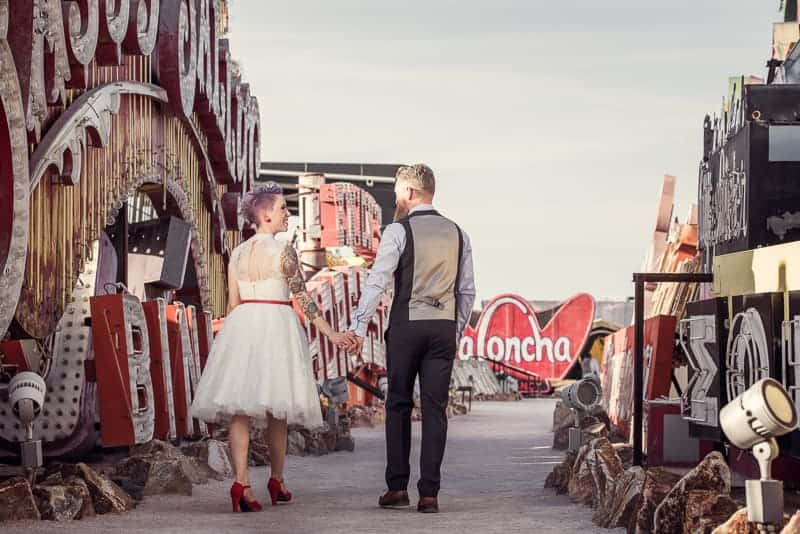 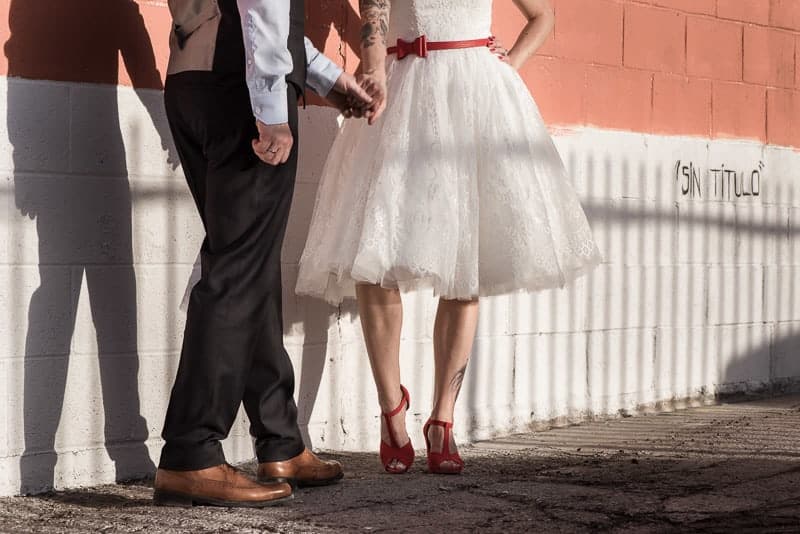 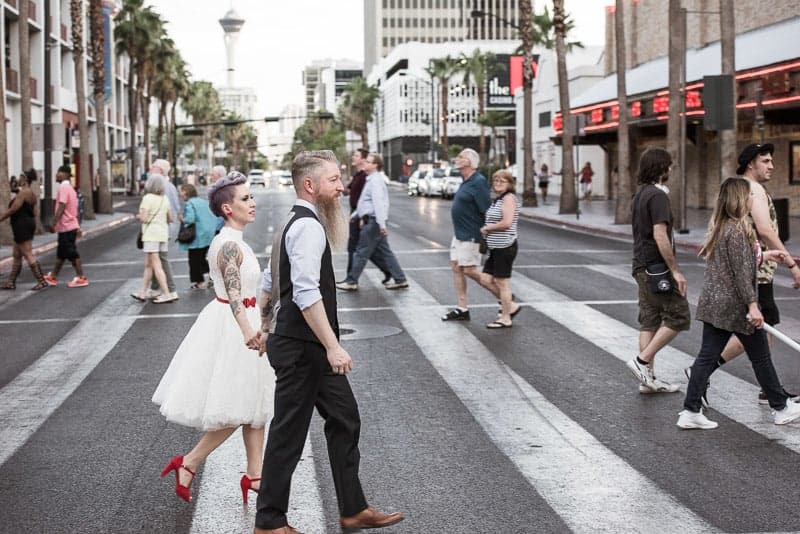 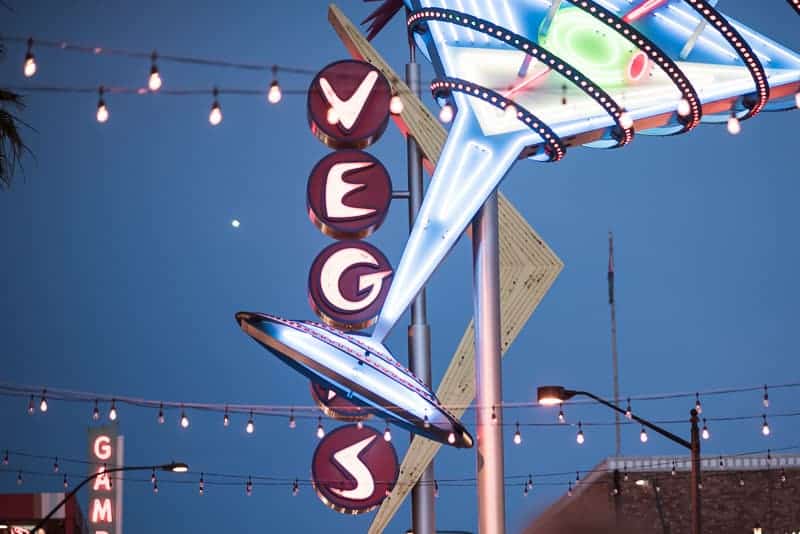 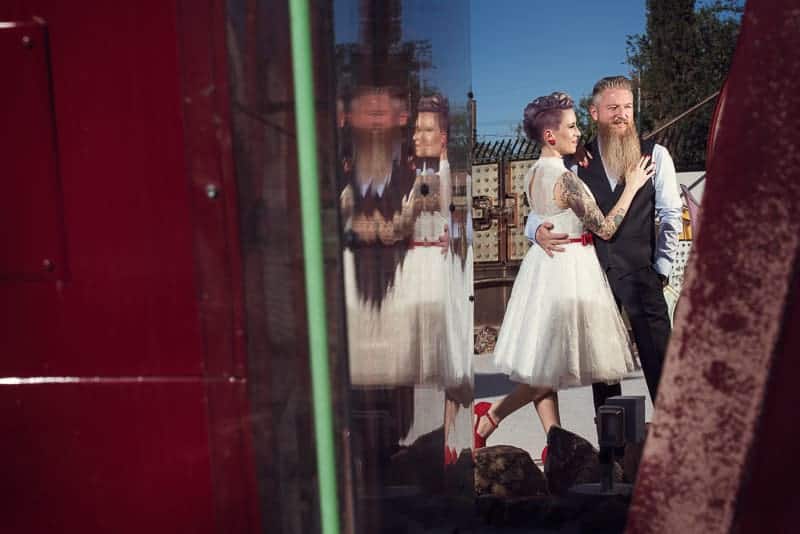 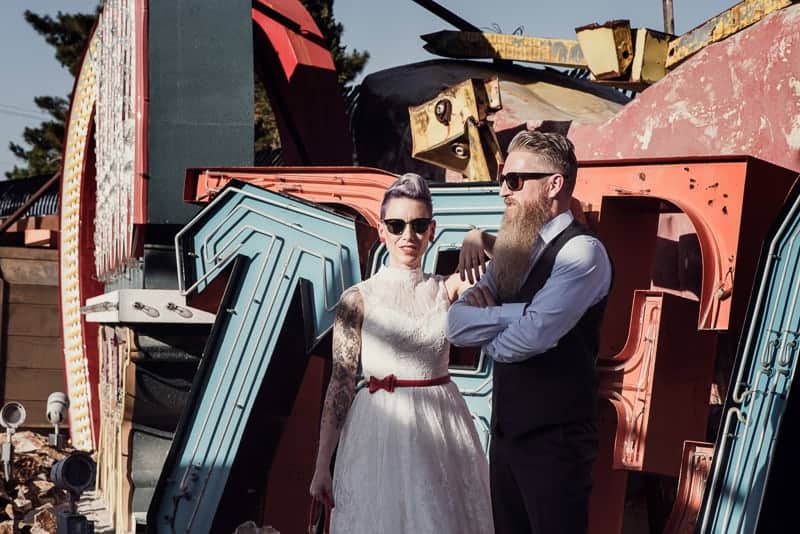 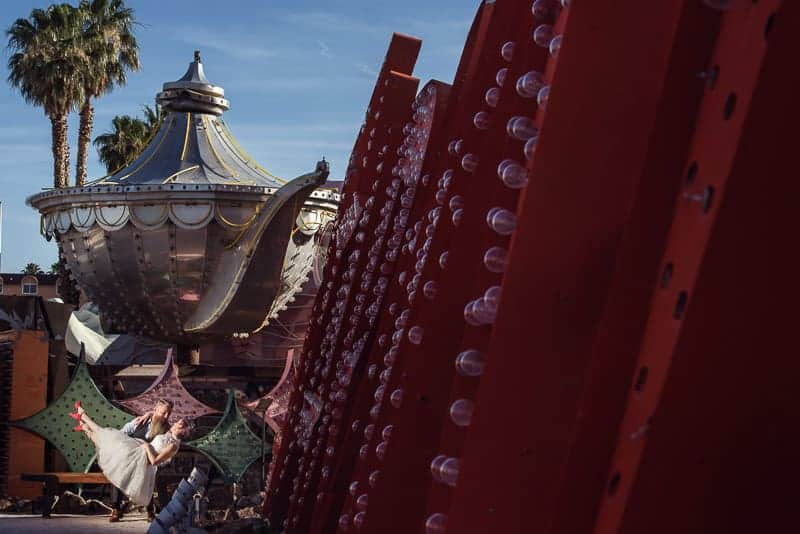 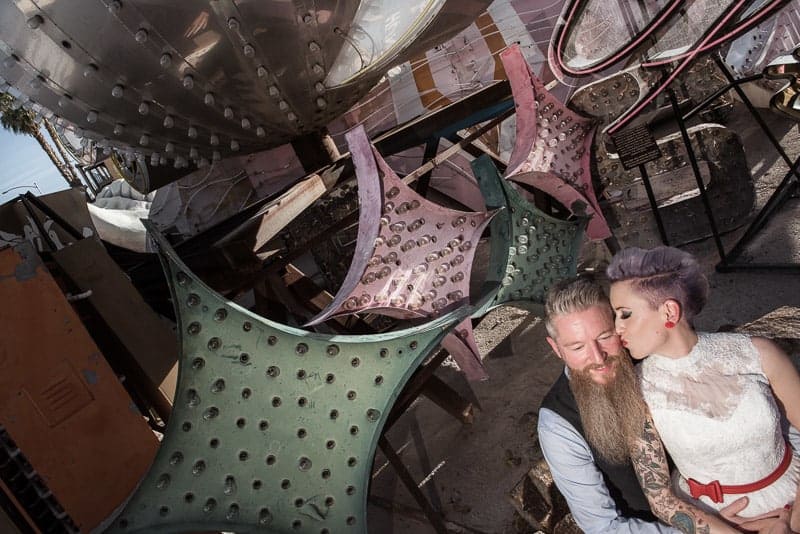 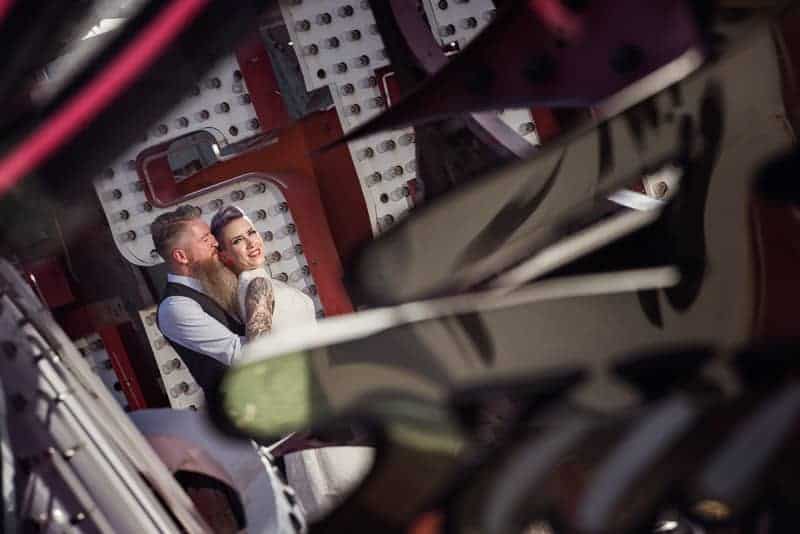 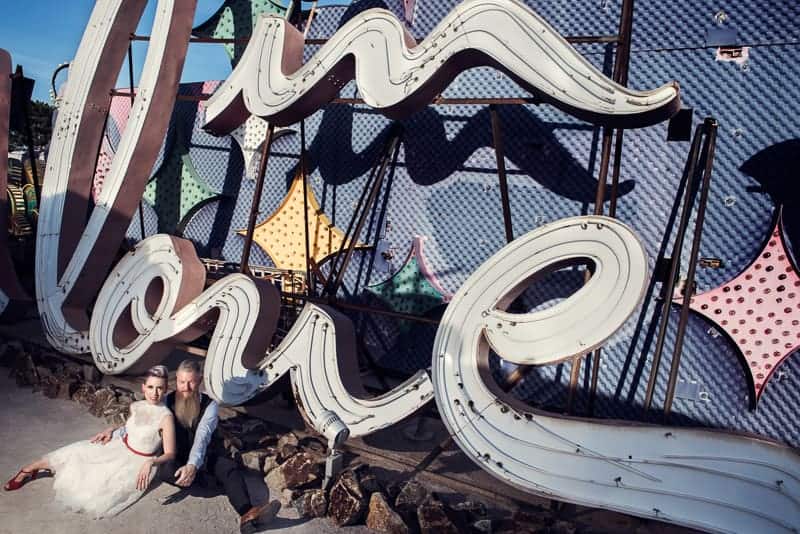 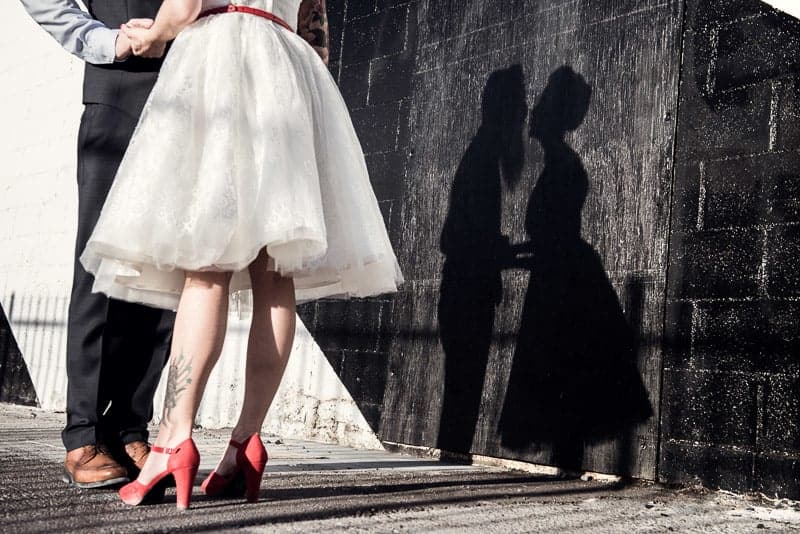 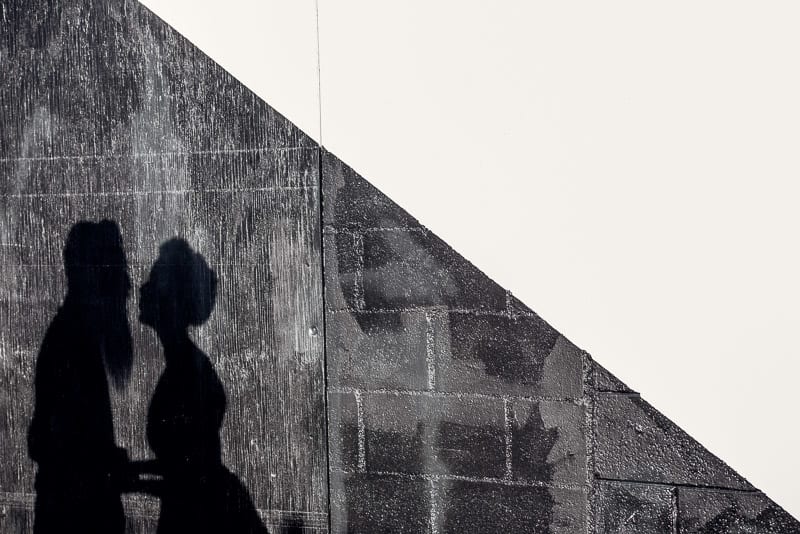 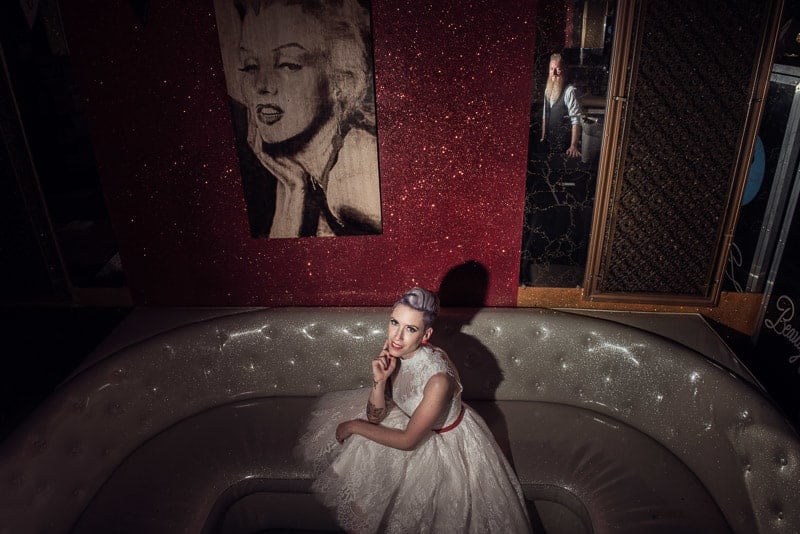 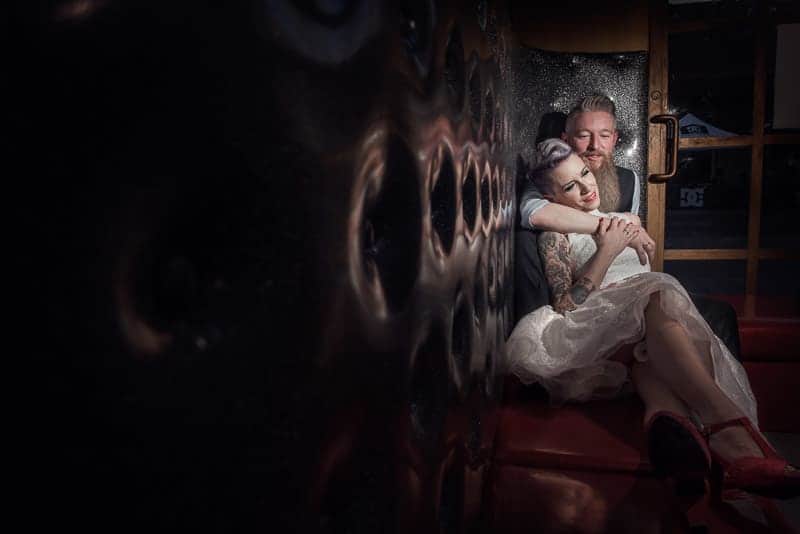 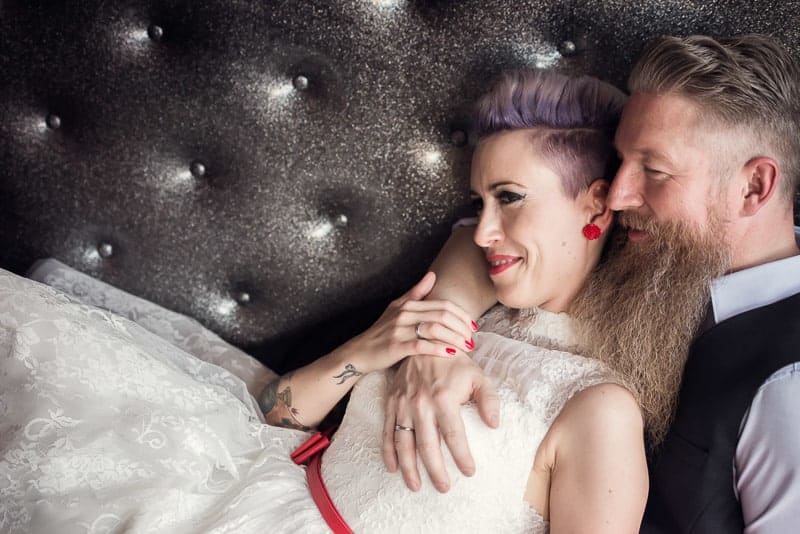 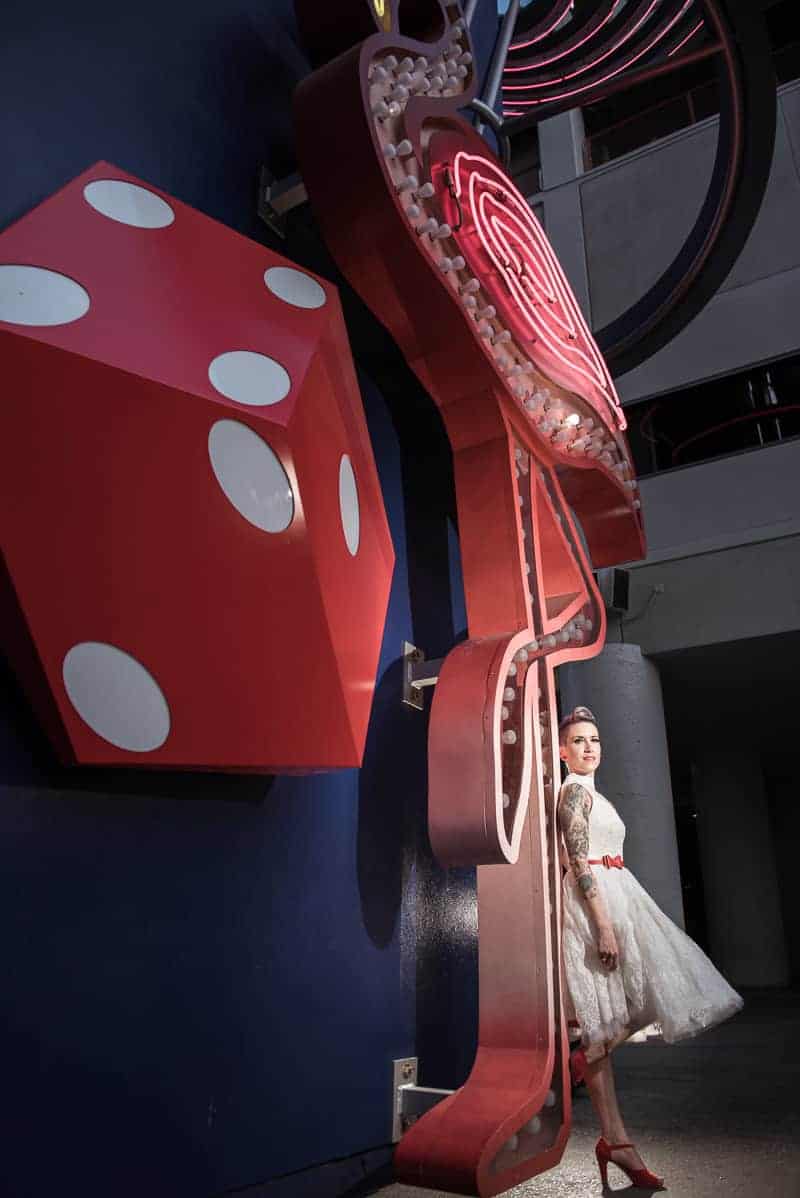 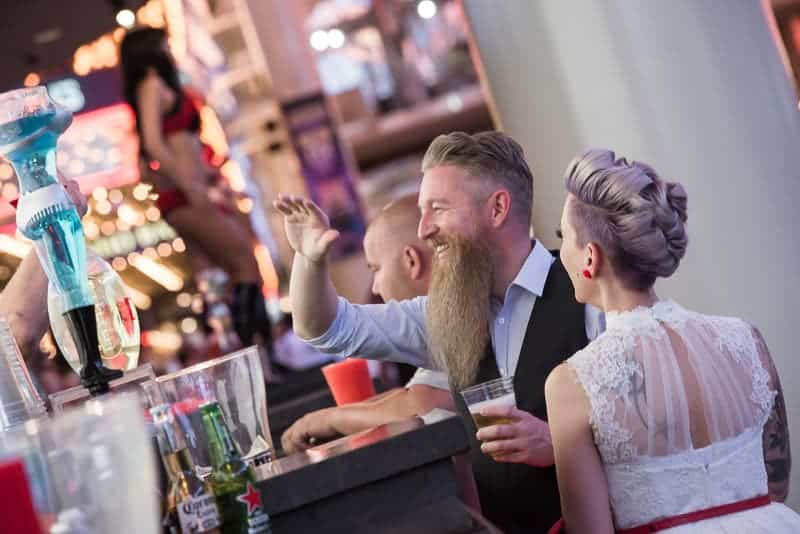 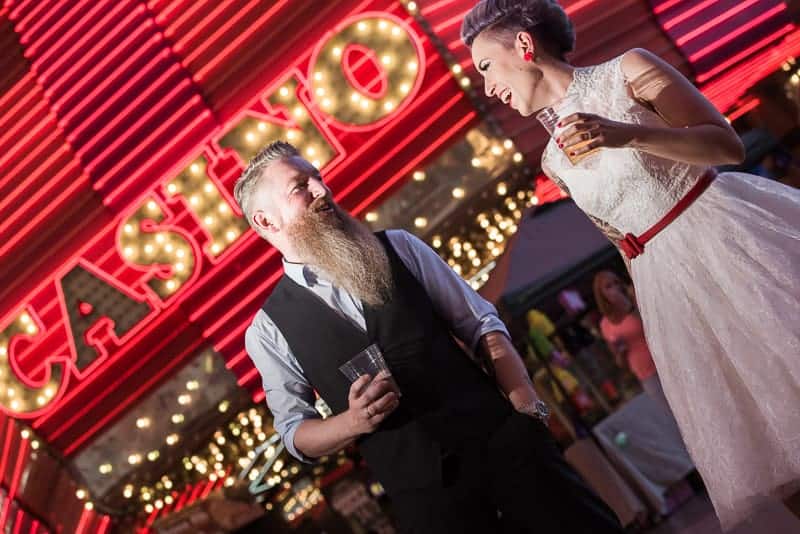 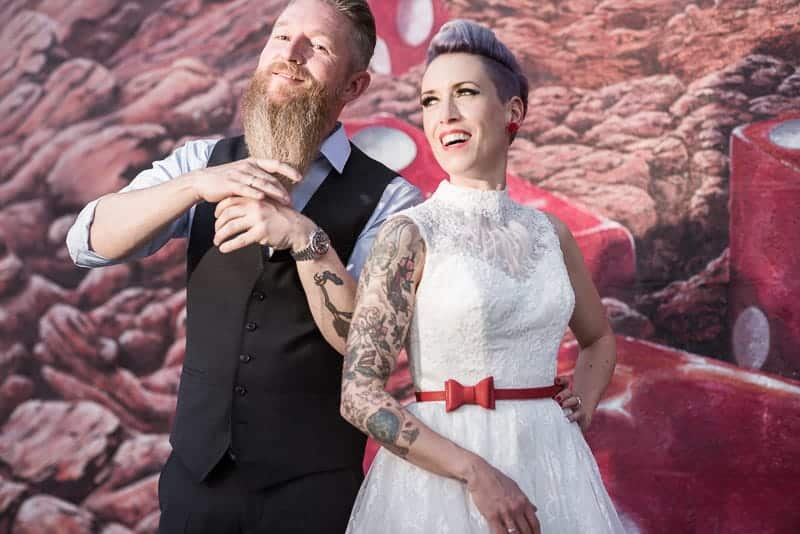 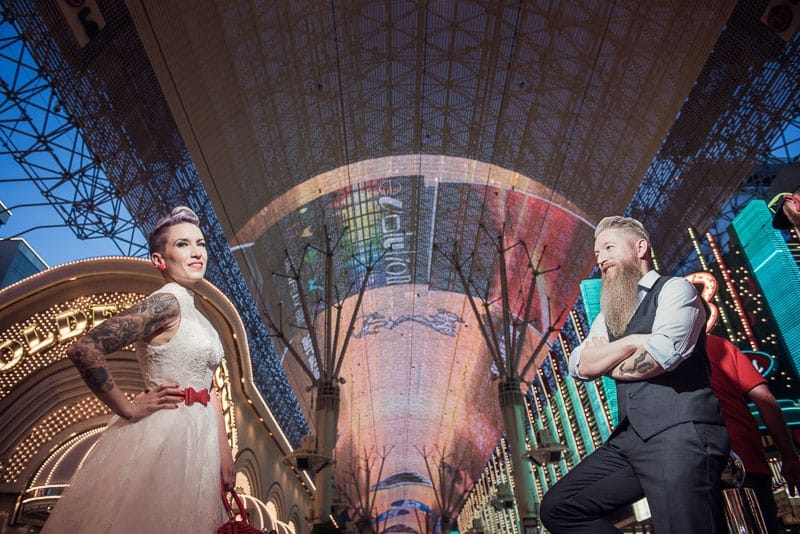 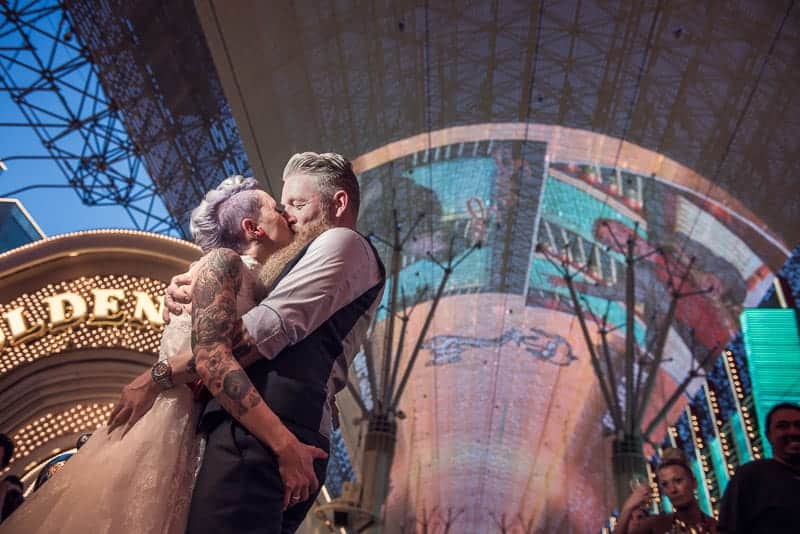 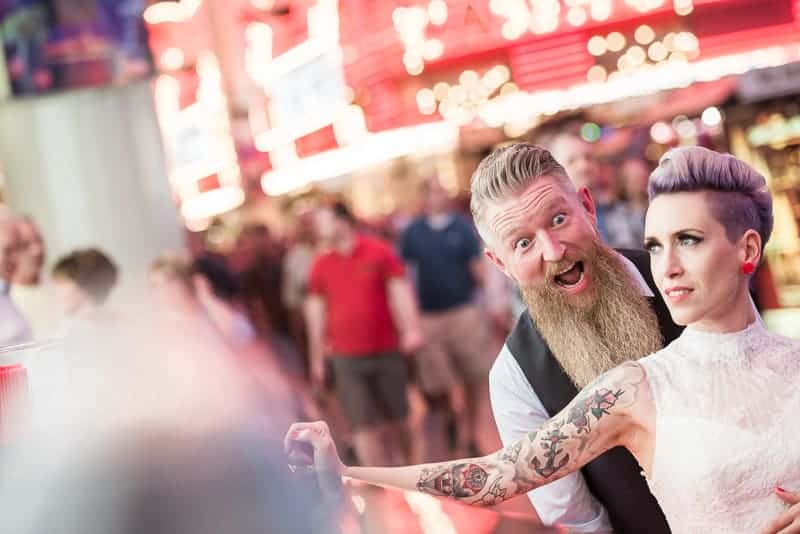 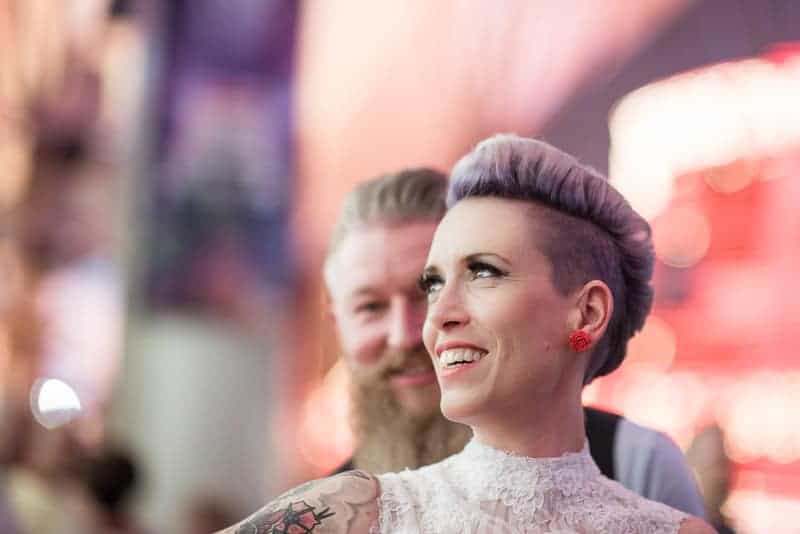 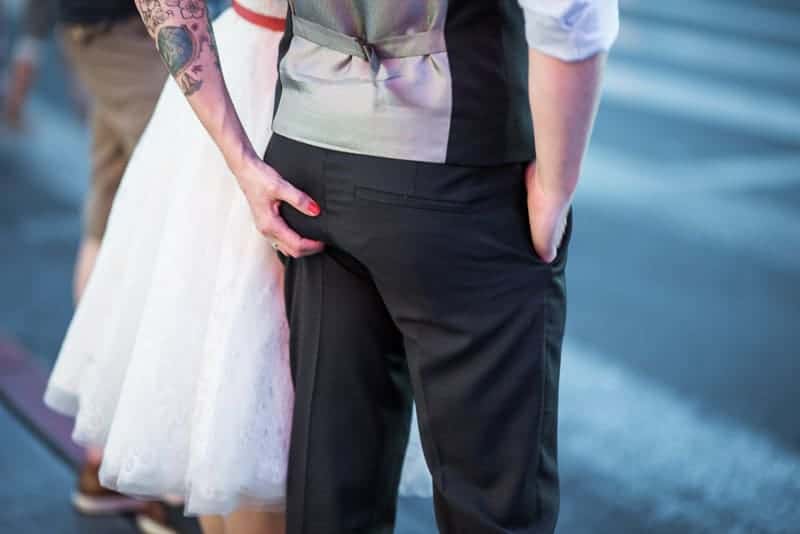 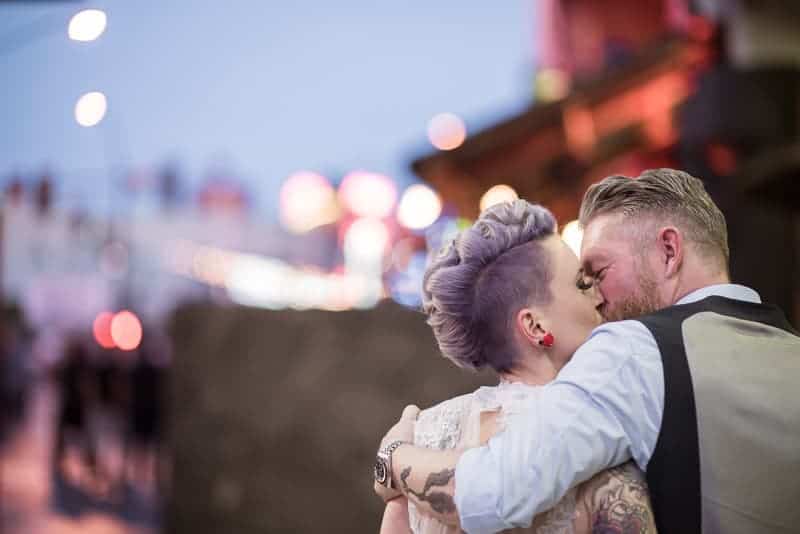 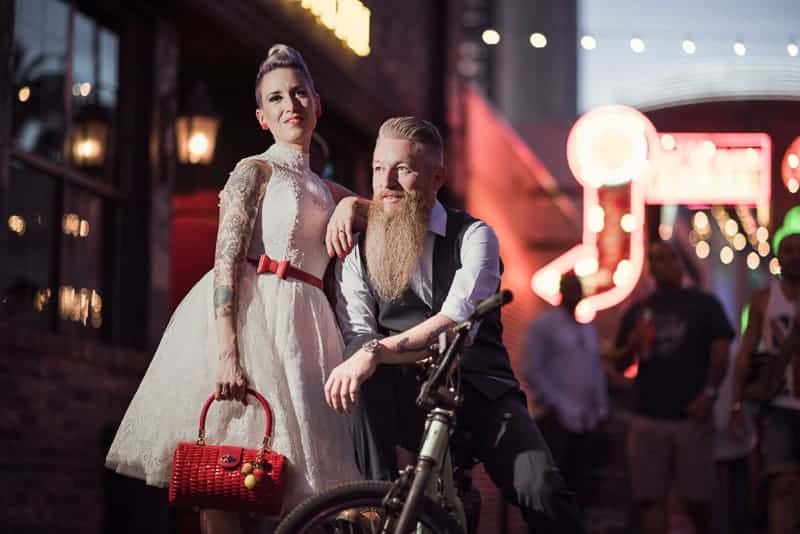 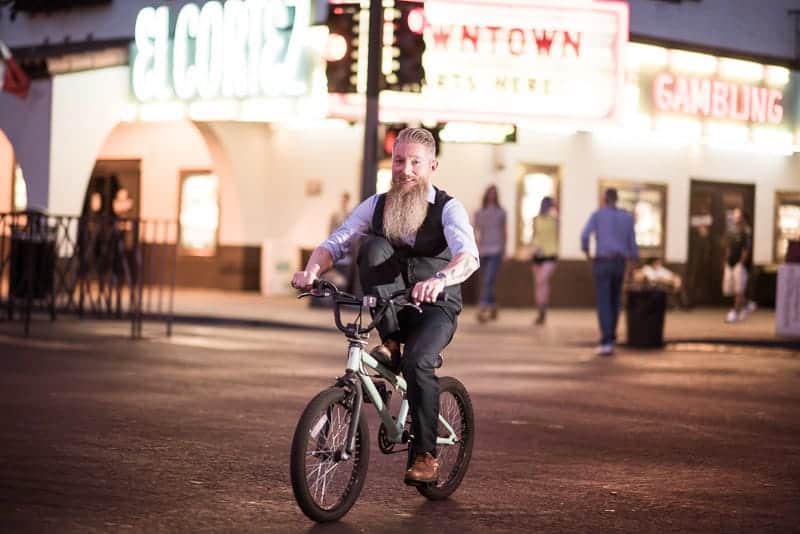 FROM THE BRIDE & GROOM…

“We both met almost a year before we actually talked to each other. I’ve been in a bar with my boyfriend and he knew Juergen and introduced us. Almost a year later I went to the same bar with my girls and we had a few drinks  as he suddenly appeared and literally run me over. We both remembered that we met there before and started talking the whole night and forgot everything around us. A couple of days later I was with one of my friends and told her about the nice guy I had a conversation with and I showed him on Facebook to her (he still was friends with my ex). She took my mobile and sent him a friend request which he approved a few secs later. this was on Christmas 2012. He invited me and my friends to celebrate new years eve with him and his friends at the “Hangover Bar” (the place where all our Love story begun) It was a funny night with a lot of dancing, laughs and drinks, this night he asked me for a date on the next day and I said yes . since then we were inseparable!

We choose Vegas for our wedding because it has always been our dream to get married with Elvis in Vegas, but before we decided to get married in Vegas, we had a different plan:
.. As It got real and I realized that I’ll REALLY get married I was thinking about a small ceremony and a big wedding party in the evening with friends and family, a great Catering and a cool Rock n’ Roll Band. Well a BIG Wedding on a low Budget. I found my dress in a Bridal Store where another friend also found hers and it was love at first sight, then I was checking possible locations and thinking about a theme and decoration, and thanks to Pinterest I got overwhelmed with ideas. By the day we changed our mind – everything was organized, we found a location, the band was booked and the closest friends and family were already invited. One evening in April we sat together, ran through our budget plan and guest list when we looked at each other and said: is that really what we want to do ??? I made a joke and said that we can still cancel everything and book a flight to Vegas… and Juergen nodded. No sooner said then done, we were organizing again, but now everything the other way around. We cancelled and we only told our family and closest friends.

Our wedding day was now easy going without any stress or panic. We both were so relaxed and felt we made the right decision to get married in Vegas! I had a Hairdresser and Makeup artist which came directly to our room, Marcy was such a lovely and heartful women. She did a perfect make up and my hair looked gorgeous. She really made me feel like a very special woman on this special day. We were also lucky that we found the perfect photographer who took photos, we never thought. Those guys made our day unforgettable and the photos will always remind us of our PERFECT DAY!

The best advice for other couples who wants to get married is to do what ever you want. This is your day, your dream wedding. Don’t listen to other advice, make it just the way you want.