THIS PRINTABLE DRINKING GAME IS THE PERFECT PARTY STARTER!

THIS PRINTABLE DRINKING GAME IS THE PERFECT PARTY STARTER! 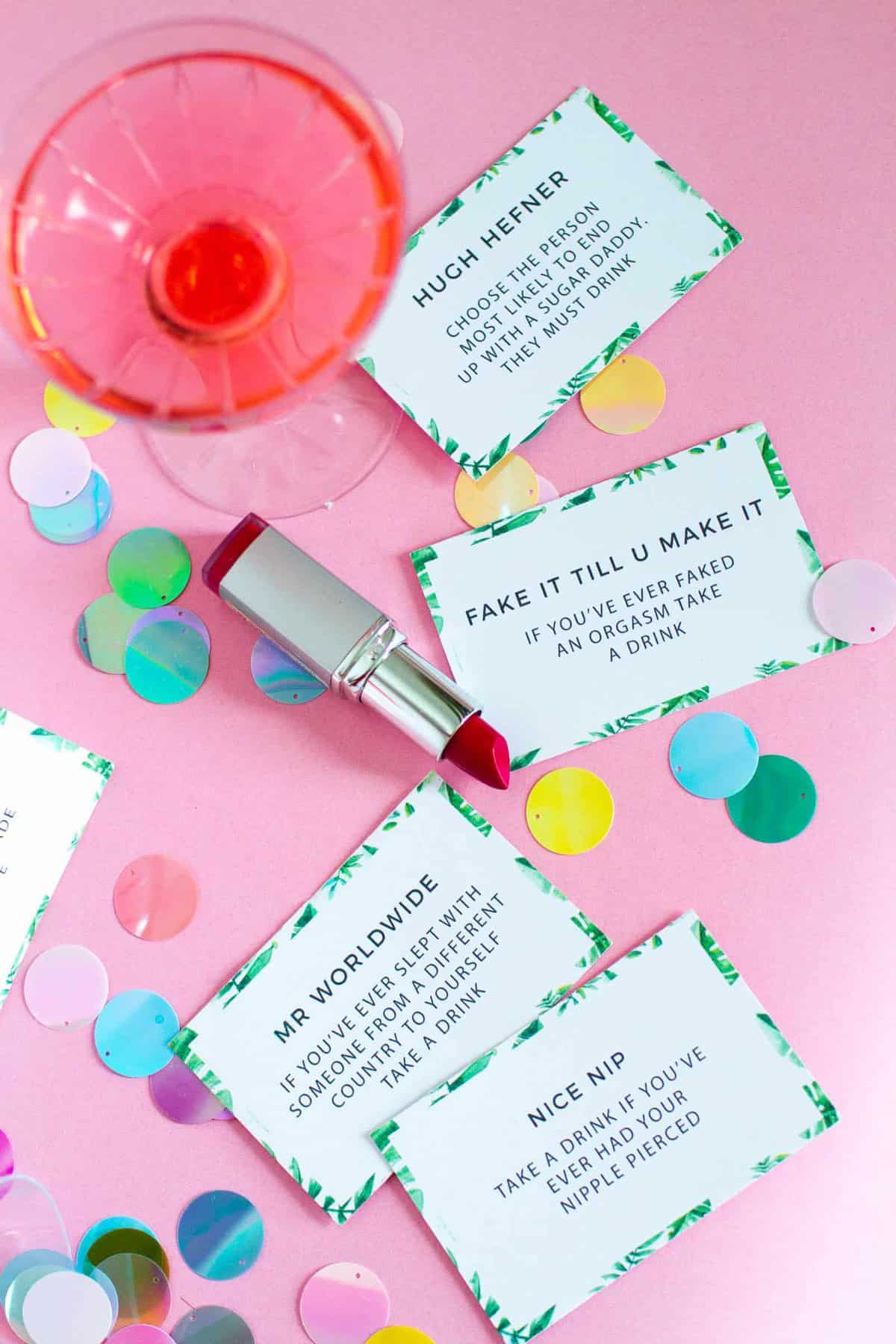 Looking for a fun drinking game? Look no further! I will warn you this is the naughtiest game we’ve ever released; sure, our adult movie or nail polish game was one thing, but this is honestly NEXT LEVEL RUDE compared to that. Think Cards Against Humanity meets ‘Never have I ever’ and you’ve got this hilarious drinking game! 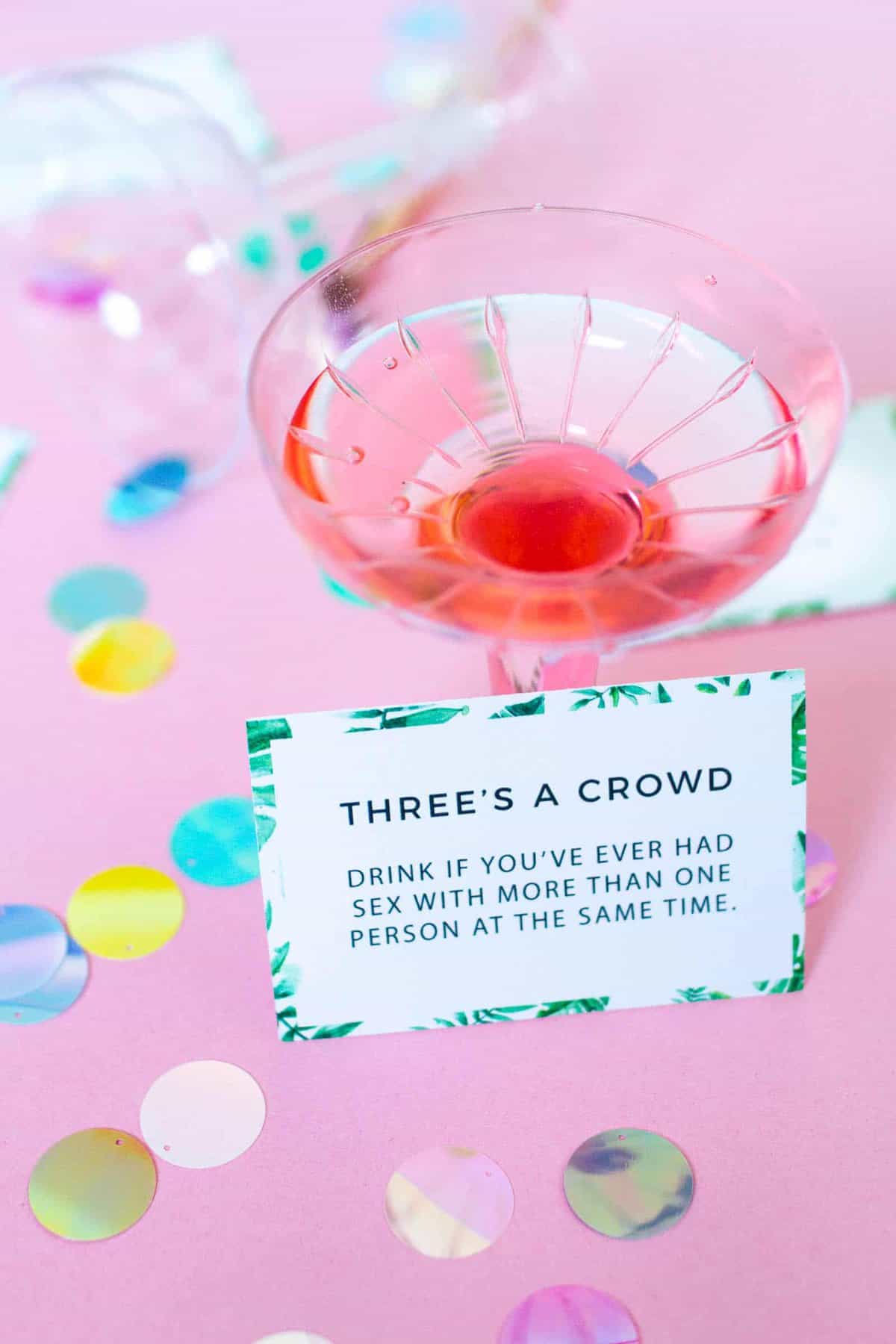 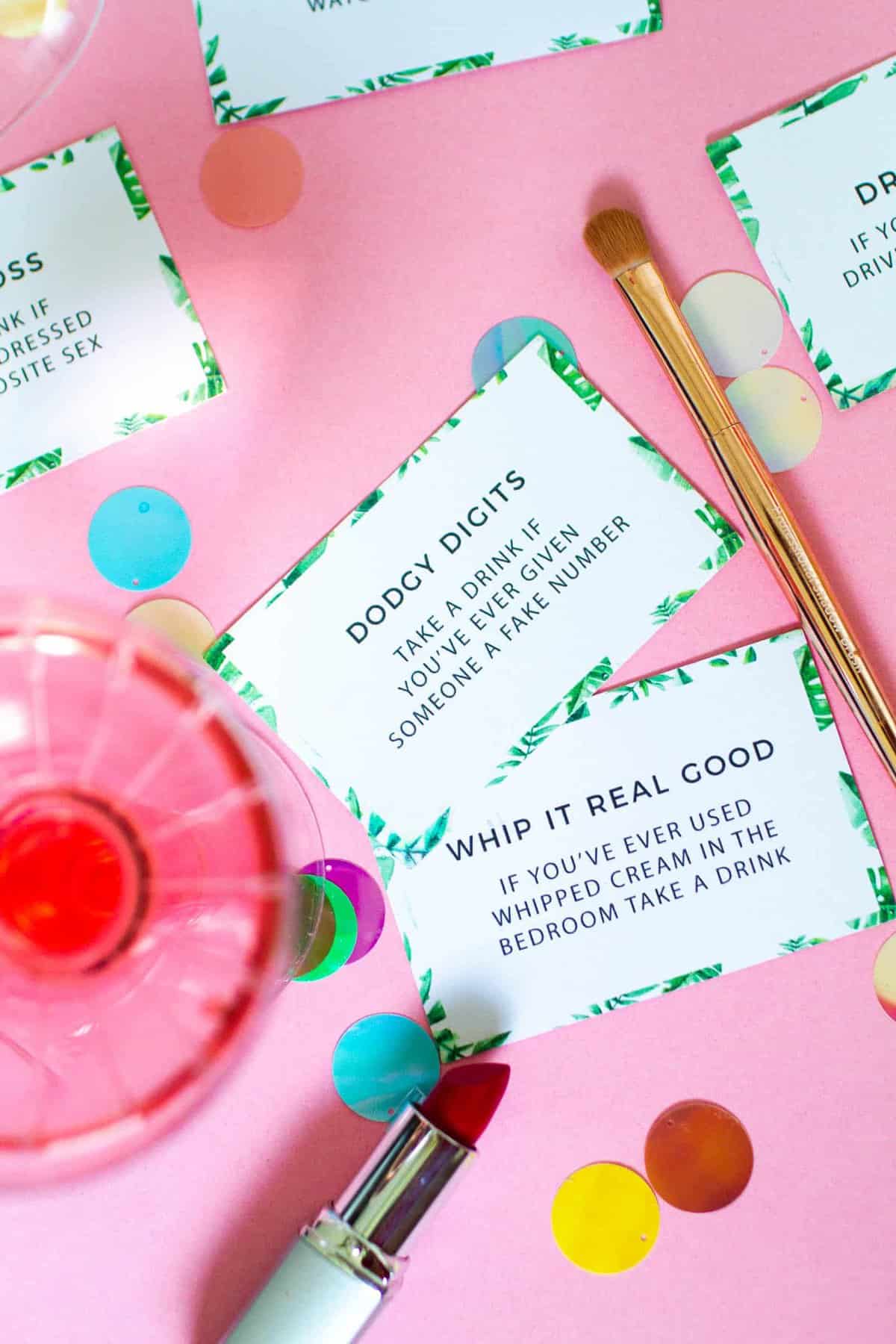 It’s totally gender neutral too so you can play on your hen party, on a stag party or just generally in a mixed group! Sure, there are some cards more suitable to girls (like BREAST BRAG: Drink if you’ve ever sent a photo of your boobs to someone) and some to guys (Like…well, you guys can guess that one haha) but who’s judging who’s done what?! That’s up to you guys!

Don’t let the pretty green leaves around the outside fool you, this game is absolutely savage, it’s the perfect mix of hilarious, dirty and down right rude! If you don’t know people before the game starts then rest assured you will by the end! 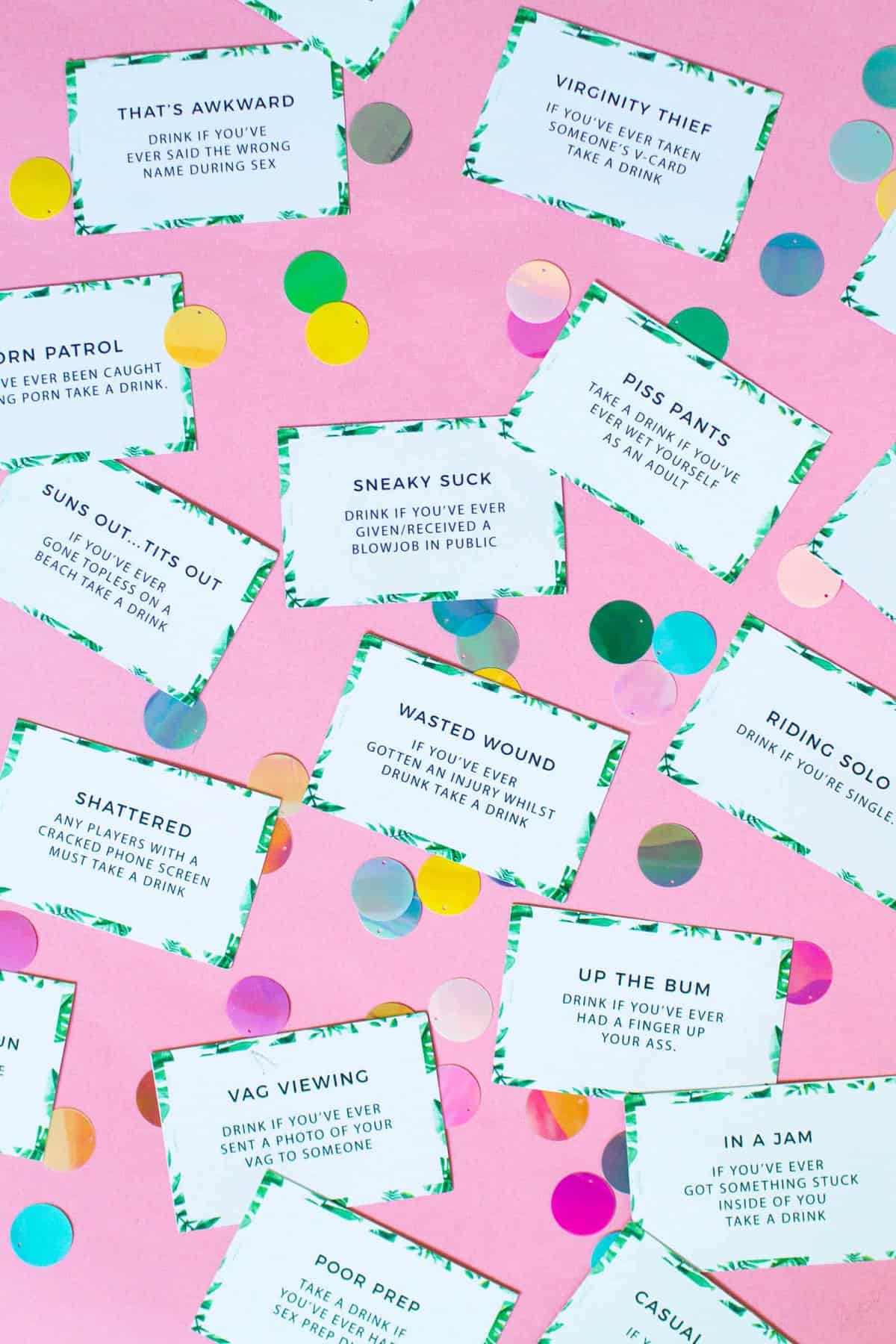 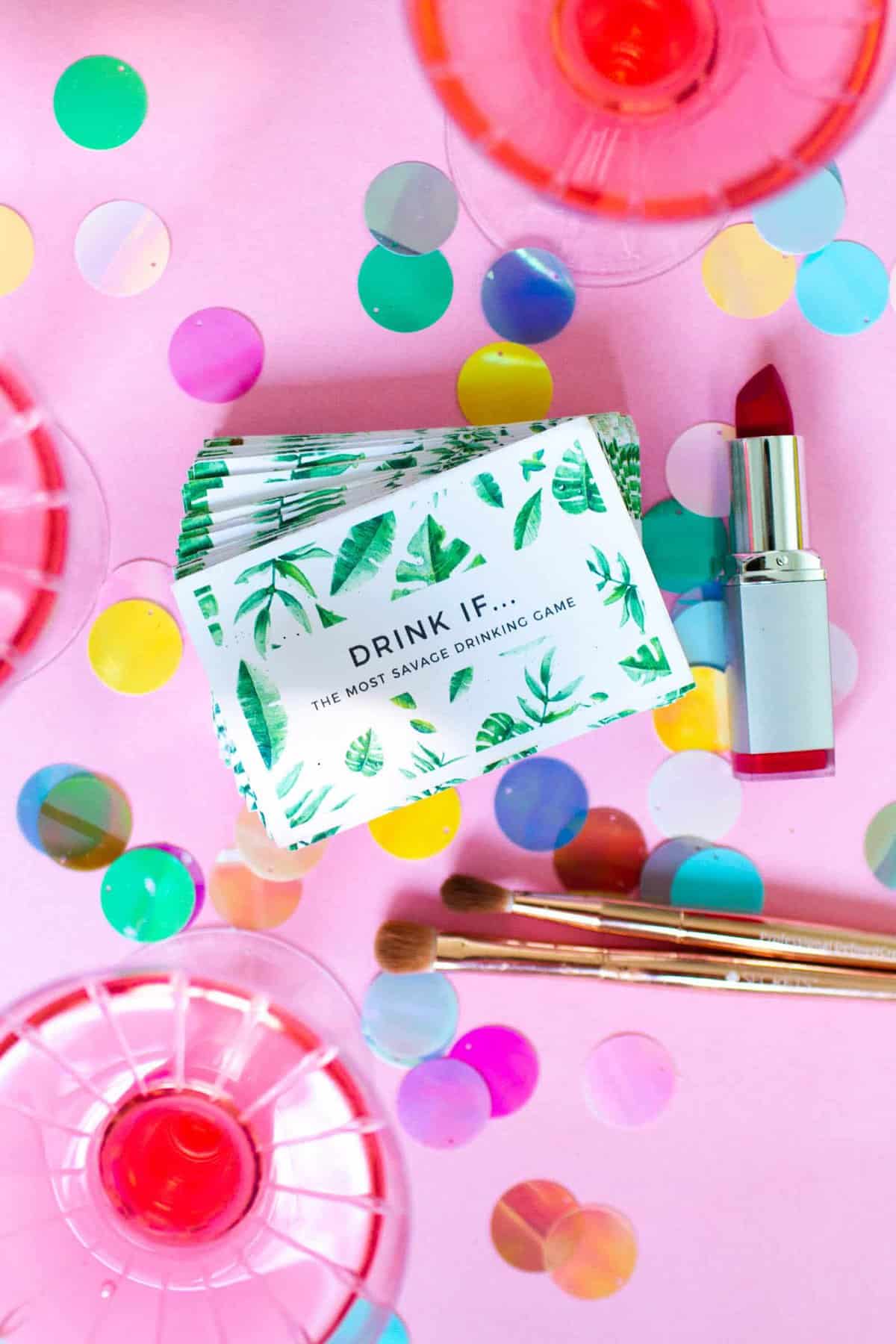 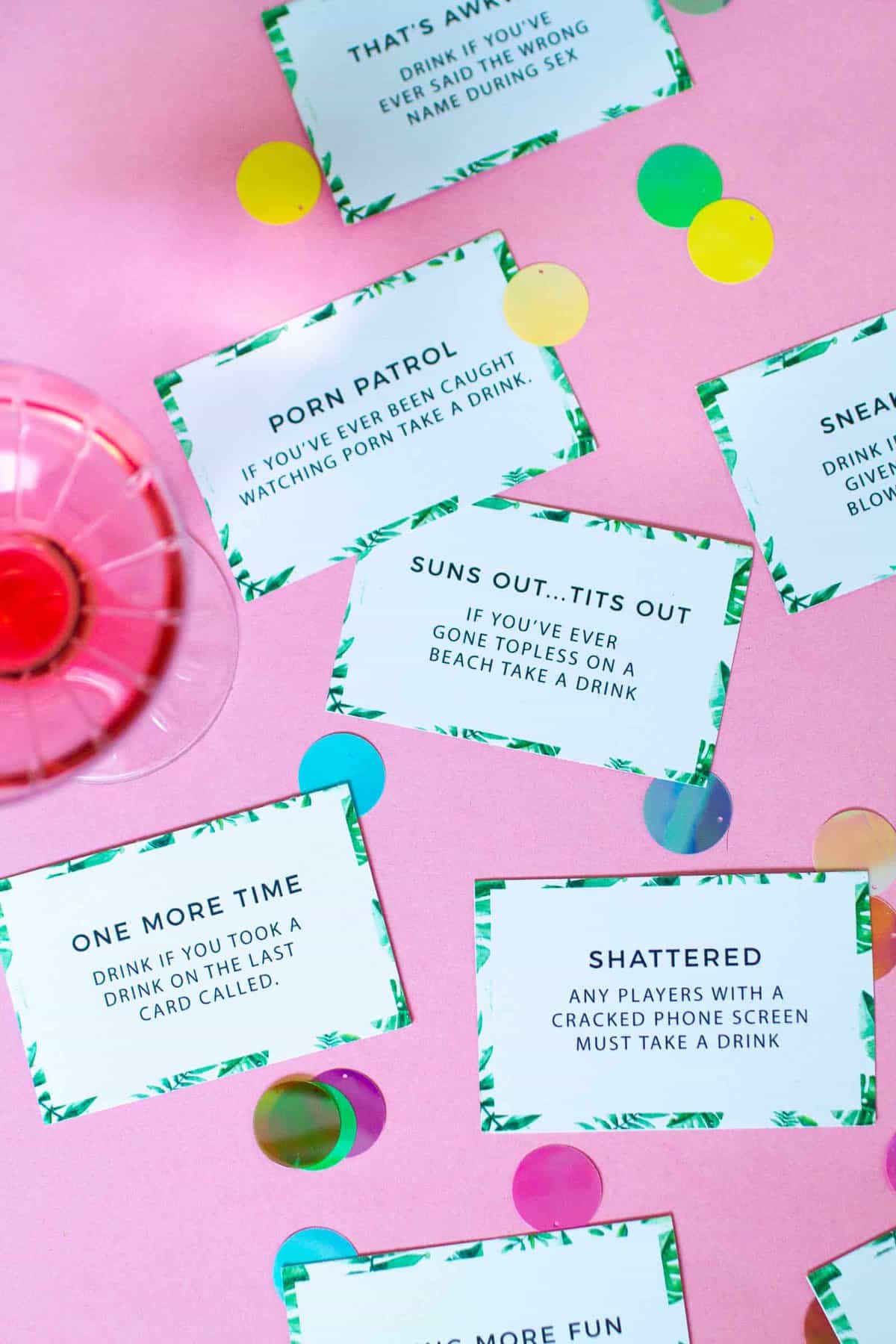 Don’t worry if it’s a little TOO X-rated for you, you can always just remove the cards from the pack that you think are a little too much and then play, I can guarantee that with 150 cards in the pack even if you remove some you’ll still have plenty of cards to play with (and be suitably drunk afterwards!)

You can get the game by either signing up to our printables membership BB Print Club (where you get this game plus hundreds more printables!) Or you can grab the game from our shop here. Once you’ve downloaded it you simply need to print the cards out onto white card and cut them out! They print 9 cards per page and are business card size meaning they’re perfectly compact to pop in your purse for the night out! 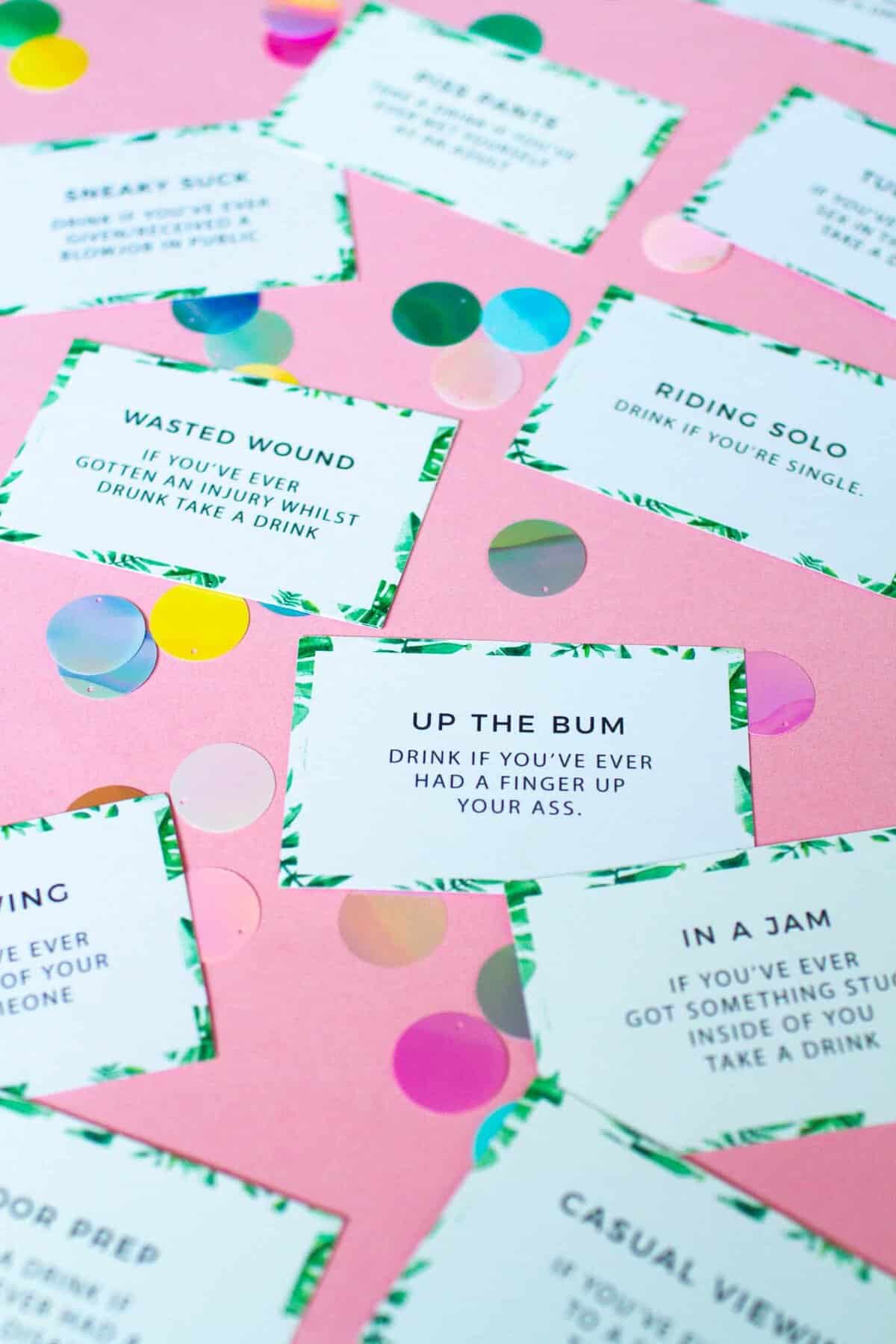 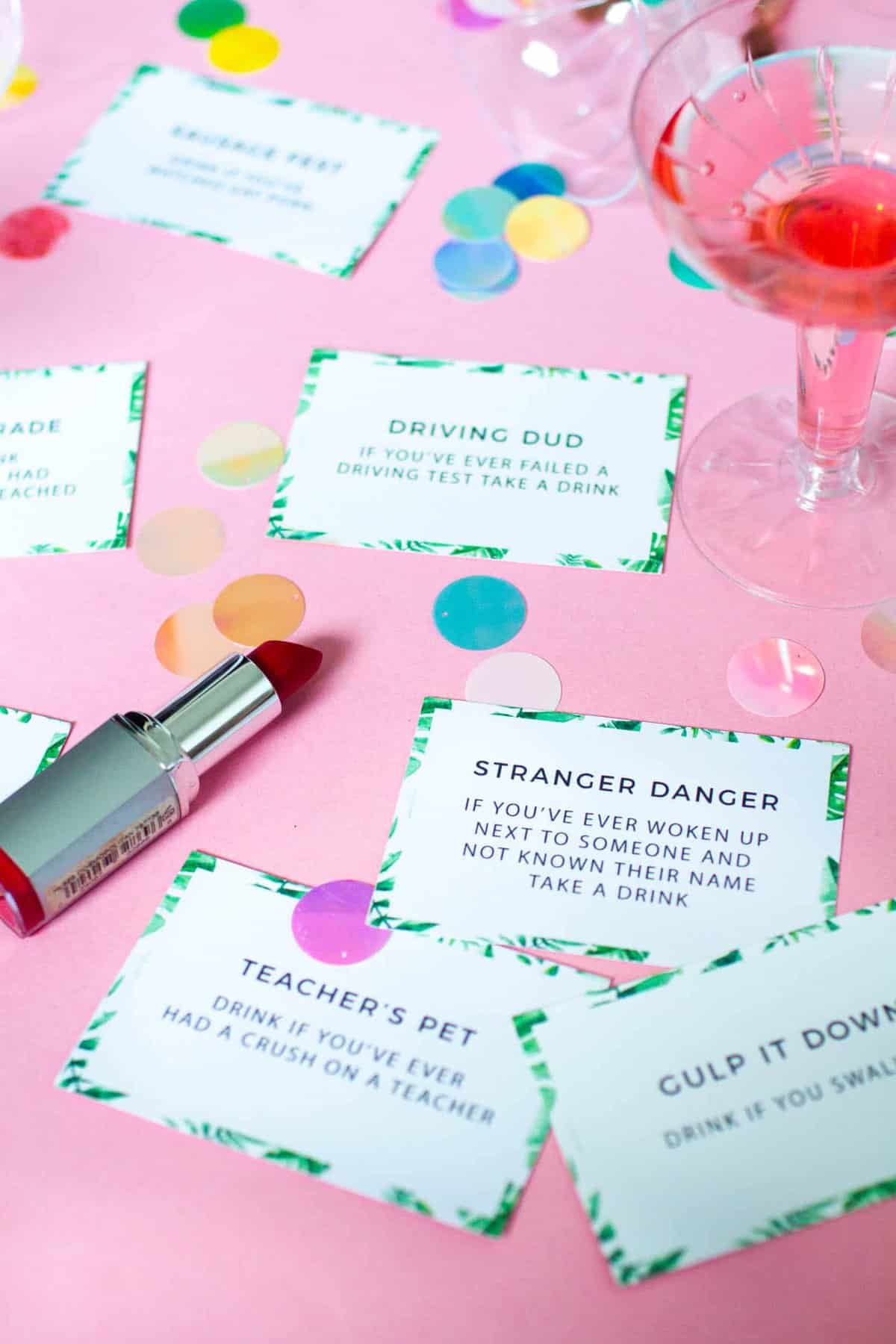 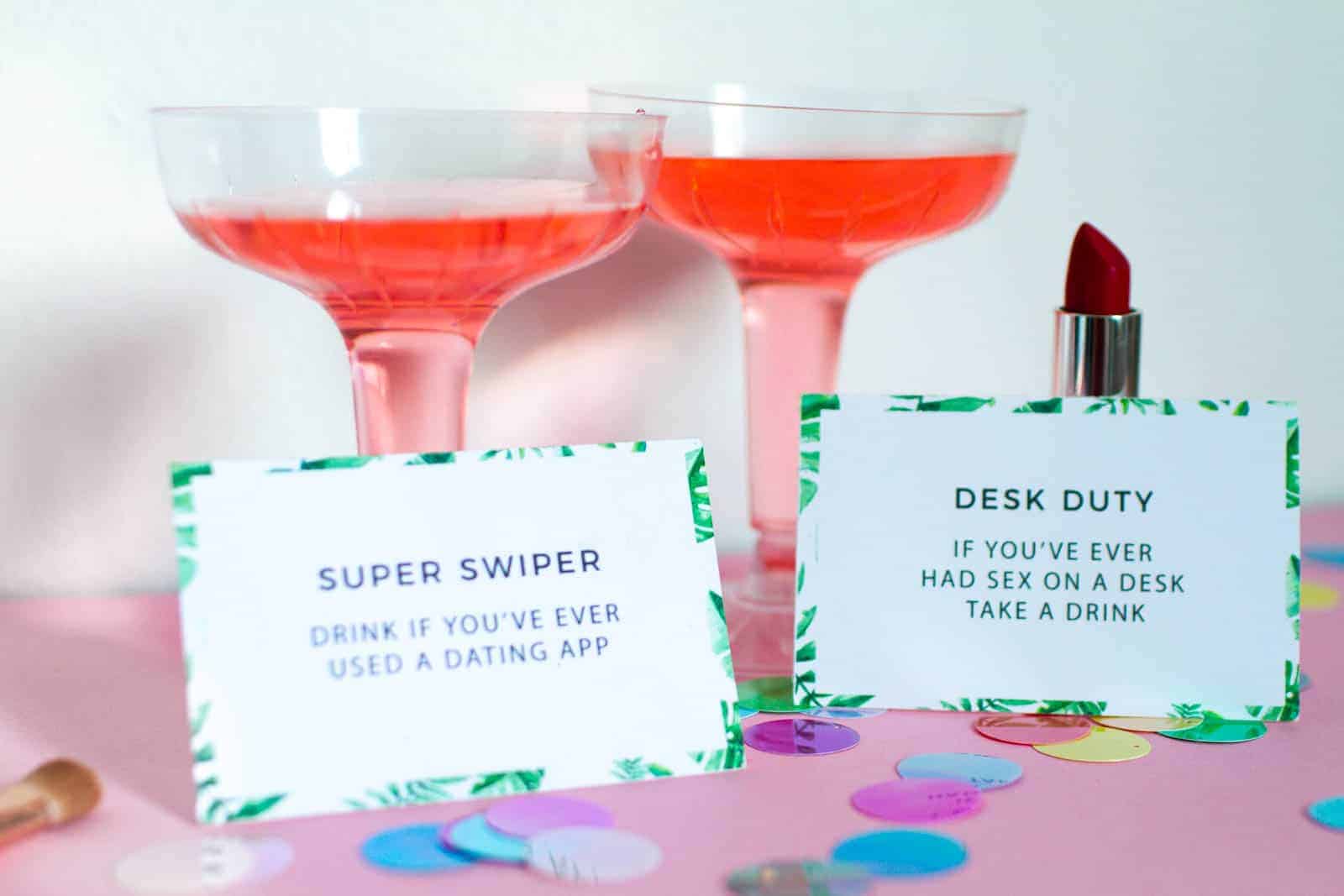 The rules are simple, you can either all sit around a table with the cards in the middle or simply pass them around the group, each person takes it in turns to draw a card and then read that card prompt aloud. If that card applies to you or anyone else in the group then it’s time to drink! Easy right?

And do you know what’s even better about this game? We’ve included a sheet of completely blank cards that you can fill in yourself to stitch your friends up! So, for example if you know something that your friend specifically did then write it down! We did this a couple of years ago for a friend’s hen party and she was crying with laughter when she pulled out ‘Drink if your Dad ever found a giant black sex toy under your bed’! 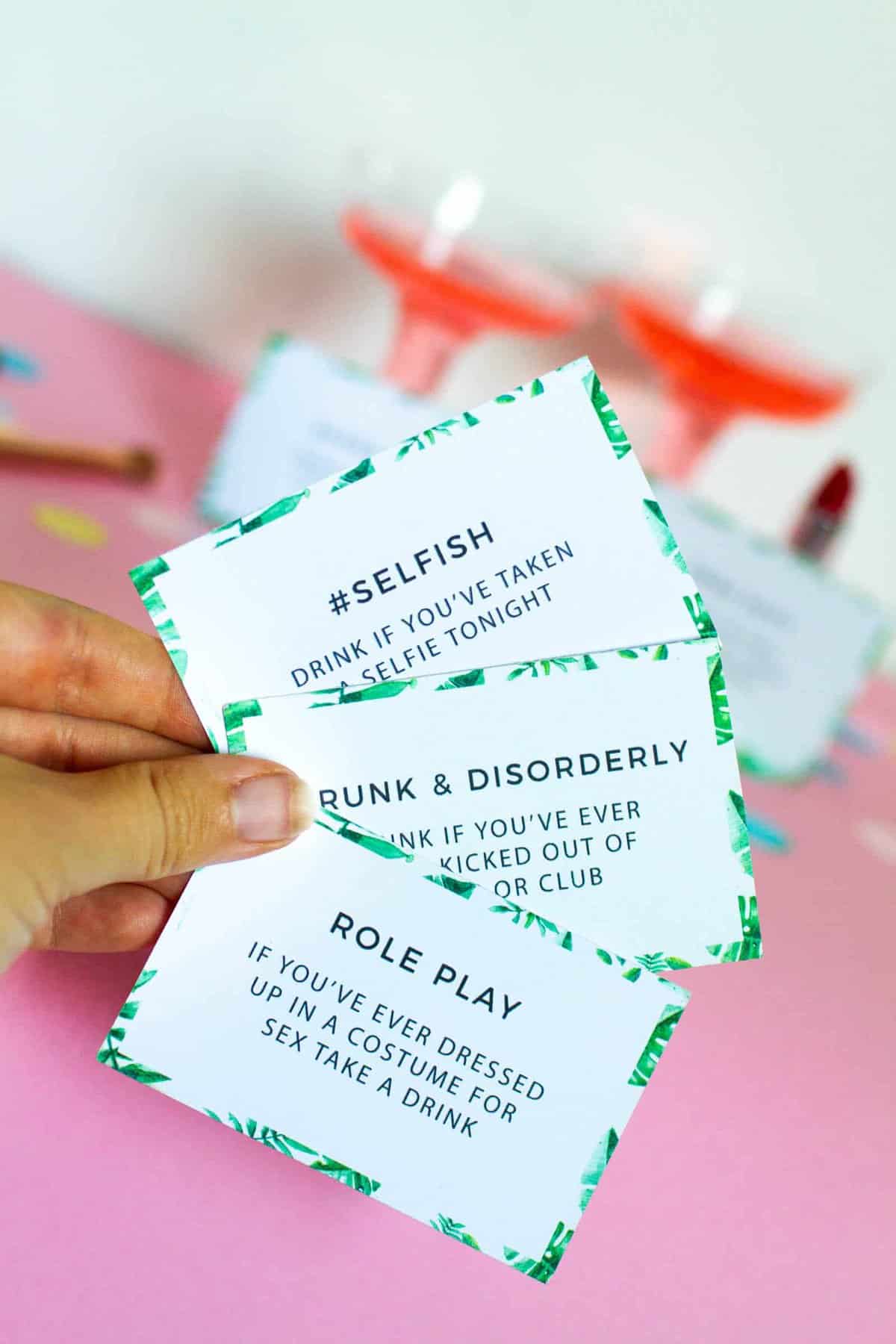 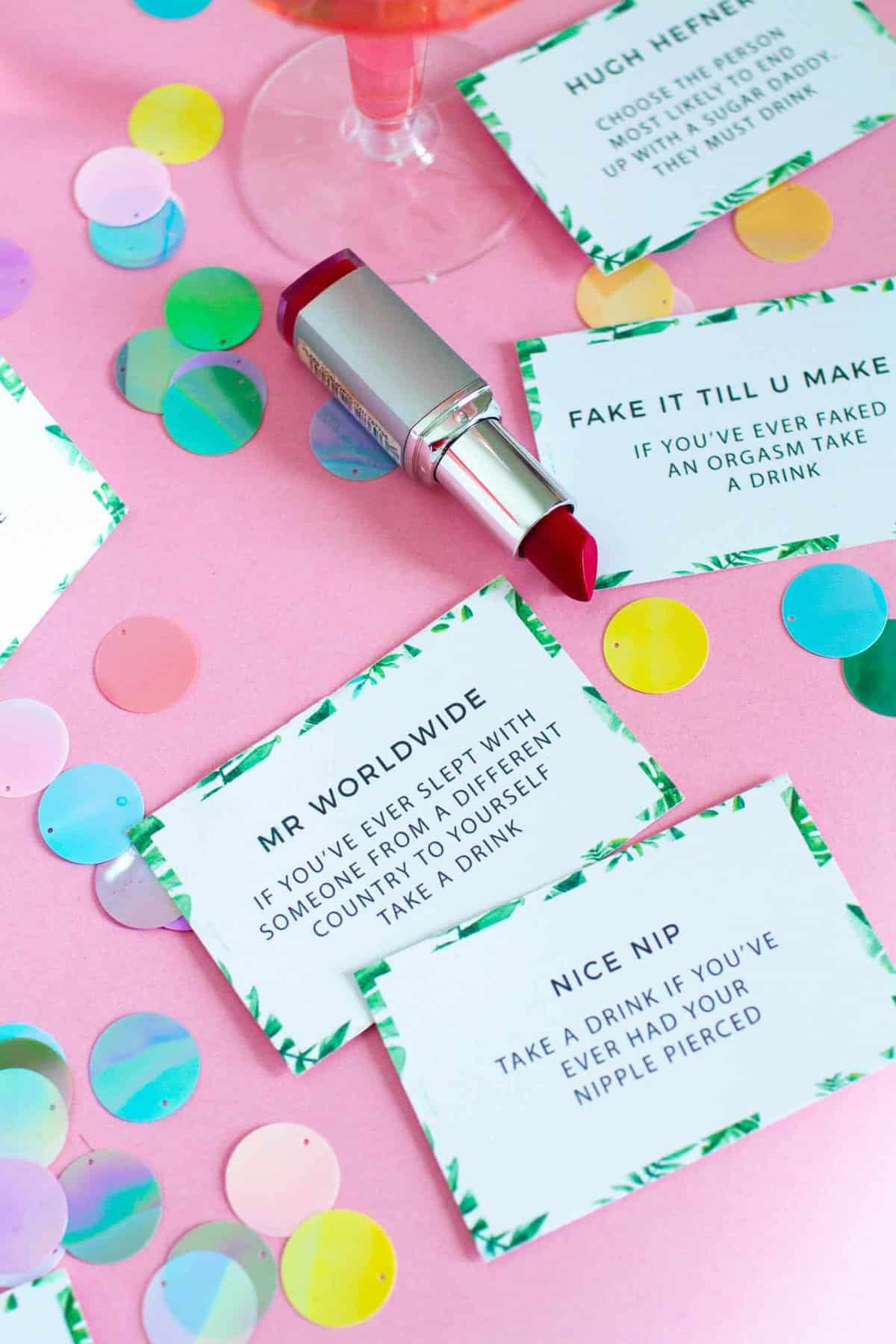 I’m pretty sure this game is gonna keep you occupied for a while but if you’re looking for more games then don’t forget we’ve got a bunch of them that you can download and print here! They’re the perfect hen party, bridal shower and bachelorette party games from ‘How well do you know the bride’, The groom said what?!, Bridal bingo and honestly so many more! Can you tell we love organised fun?! Ha! Happy partying guys!

Best Signature Cocktails for a Wedding Made with Tequila
May 13, 2022