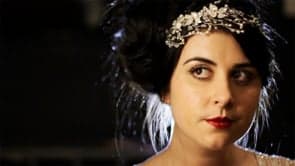 As some of you may know, me and Emily are still in the process of setting up our new business venture; The Online Wedding Show and in order to promote it we decided to set up a styled shoot with some fabulous vendors! It was a great way for us to meet new people in the industry and work with a few old friends! Although I have to admit, it was pretty scary being in front of the camera with a handful of people watching! Ed Taylor did a great job with all of the photos and we’re so excited to finally be sharing them with you… 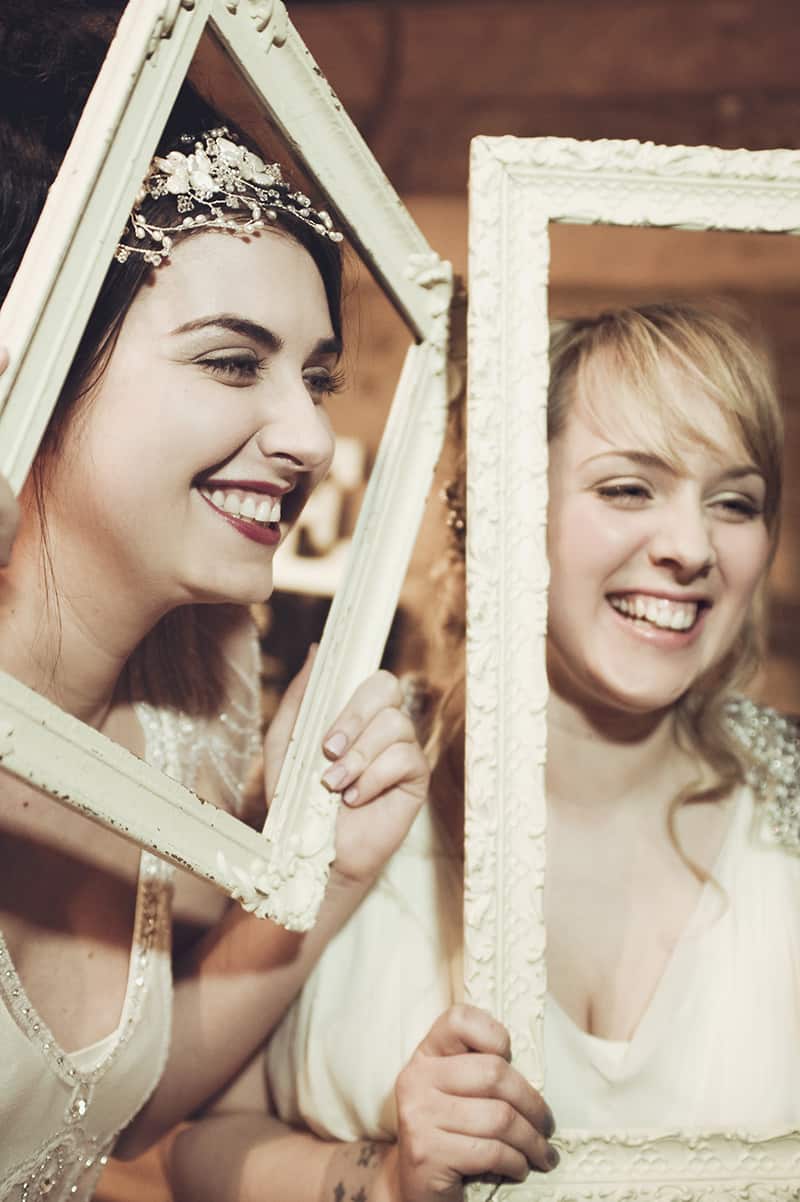 We also had the whole shoot documented and filmed by the talented I Do Wedding Films so be sure to read onto the end of the post to see it in action!

We decided to hold the shoot somewhere a little different from your average wedding venue as we really wanted the photos to have that touch of unique about them…cue Dig Haushizzle…a quirky home for tons of individual pieces including furniture, taxidermy and everything else in between. Prop clocks, antlers & scientific glassware were just some of the things that surrounded us in the shop and with a few finishing touches of wedding bits & bobs from the lovely Little Wedding Helper the scene was set! But before we could jump in front of the cameras we had to get ready! First stop: hair and makeup by the wonderful Isabel While at Bridal Styling! I was first in the hot seat to have my hair arranged into a messy chic up do! I was a little uneasy about this because I rarely have my hair tied up but Isabelle reassured me & did a great job in styling my hair around the gorgeous Hermione Harbutt head piece we were lucky enough to borrow! Next it was Emily’s turn & a bohemian side bun was created to show off a super feminine hair do! Isabelle created completely different looks for each of us when it came to our makeup too! Emily had a fresh & pastel image while I was showing a darker makeup look with a bit of a smokey eye & dark lipstick! A few cups of tea later & cuddles with the cat meant we were ready to head off to the shoot! Once we had arrived at Dig Haushizzle we quickly put out some olives, crisps & cupcakes (we wouldn’t want our lovely suppliers getting hungry now would we?!) and popped open a few bottles of wine then it was off downstairs to slip into our dresses. Man did we love the dresses. It was only the week before that we had taken a trip to The Mews in Clifton to try some on and to say we were spoilt for choice would be an understatement! We pretty much wanted every dress in the shop considering they boasted a gorgeous collection of Jenny Packham, Alice Temperley, Suzanne Neville & many more! So after a few trips in and out of the changing room and with the help of Gail who owns the shop, we both decided on Jenny Packham! I wore Eden & Emily wore Ivy. 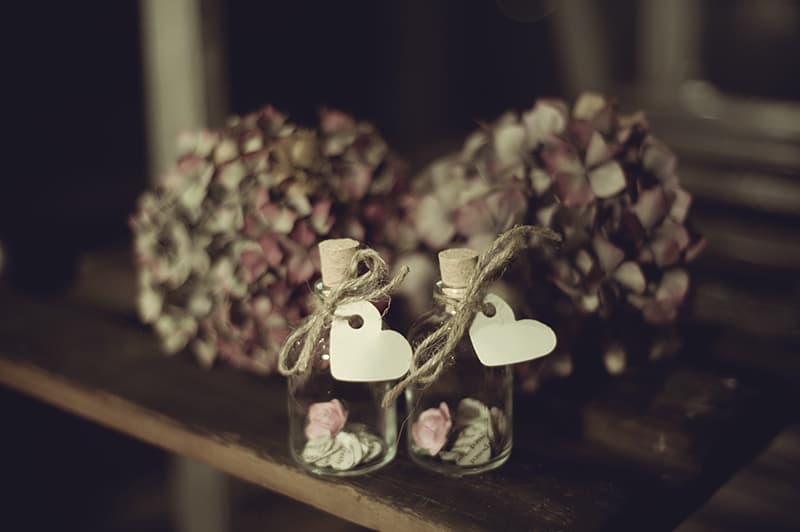 Favours were also given to us to complete the look from Through The Looking Glass which finished off the shoot nicely! There were cute little bottles of pages from books & chocolate spoon mini desserts! Yum! When choosing a photographer for this shoot we knew that Ed Taylor would be great for the job, not only did he shoot Ed & Cassie’s Wedding (which you can see here) but he had also taken promotional images of Dig Haushizzle a few weeks prior to our shoot. Ed photographed this shoot in a style that is not only creative but also soft & hazey! We love how warm the images look and we couldn’t be happier with them! You can see a snippet of his new website here which is currently under development & you can also check out his tumblr filled to the brim with other stunning images here! Watch this space people… Since this was our first time ever organising a styled shoot (and our first one in front of the camera!) we didn’t really know what to expect and on the morning of the shoot nerves were certainly setting in but we truly hope that everyone had as much fun as we did while there! It was such a great opportunity for us and it’s always nice to get away from the computer and meet lots of amazing people in the industry! As I mentioned earlier, Adam from I Do Wedding Films was also kind enough to come along to the shoot and create an awesome ‘behind the scenes’ video for us, I can honestly say that Adam made both of us feel very comfortable in front of the camera and I’m sure it shows through on the clip! We would recommend these guys to anyone!

We’d love to hear what you thought about the shoot and would like to thank everyone who was involved, we appreciated your help so much and look forward to working with you in the future!

Credit where credit is due:

♥ Videography: I Do Wedding Films

♥ Favours: Through The Looking Glass

A Fun 50’s Colourful Photoshoot in the Essex Countryside
June 24, 2022