COUPLES THAT CROSS STITCH TOGETHER STAY TOGETHER

COUPLES THAT CROSS STITCH TOGETHER STAY TOGETHER 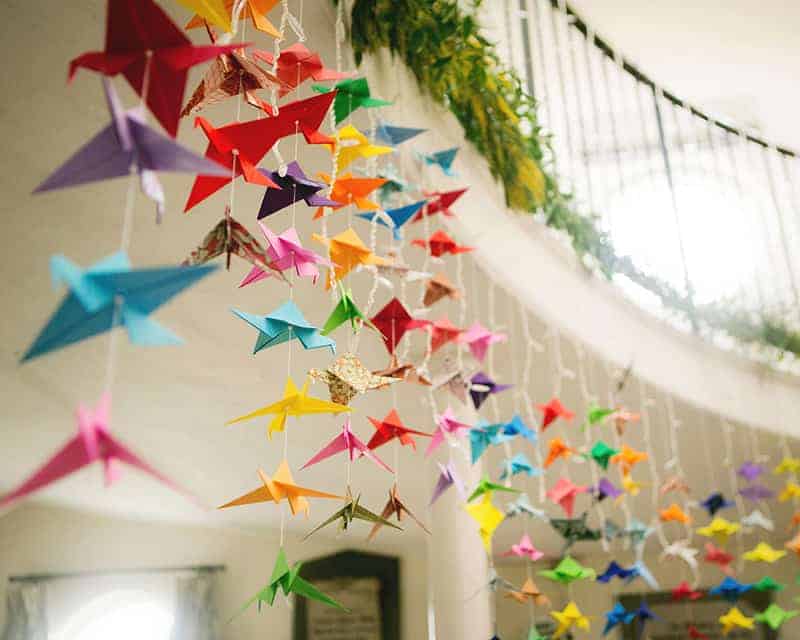 Today we’re sharing our first real wedding of March! seriously, how did that happen, I feel like it was only yesterday we were welcoming you to the new year? Anna and Kevin’s handmade wedding really was a labor of love, with 980 origami cranes to make and cross stitch to learn these secret DIY’ers share how they found their beautiful wedding venue, why they chose a humanist ceremony and how they got all their guests to sing ‘I’m gonna be (500 miles)’ by The Proclaimers during the ceremony. It’s a cracker! 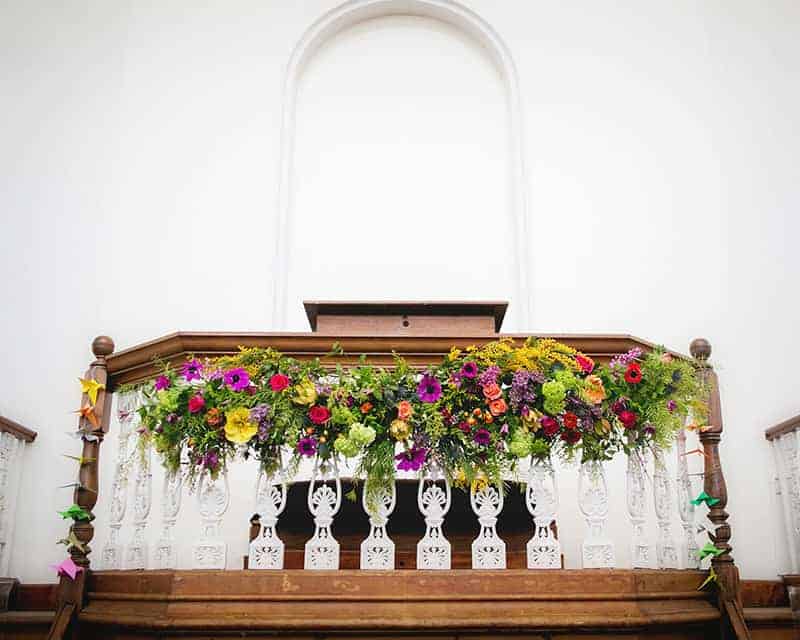 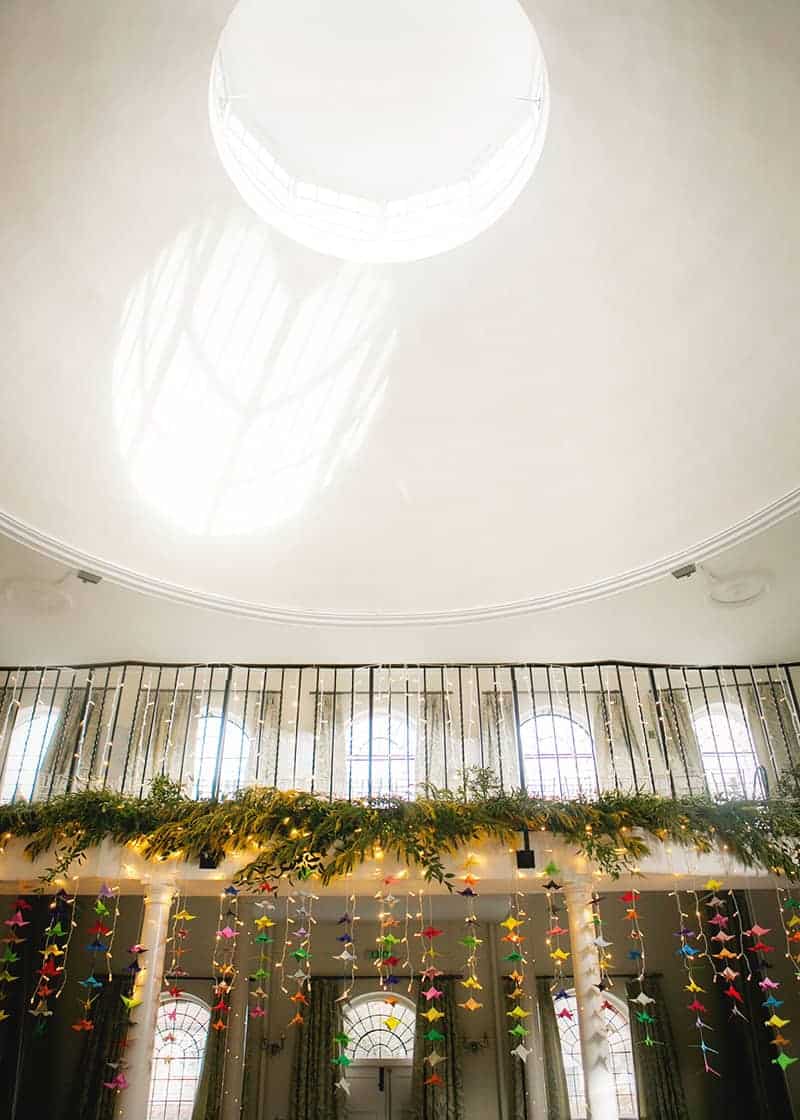 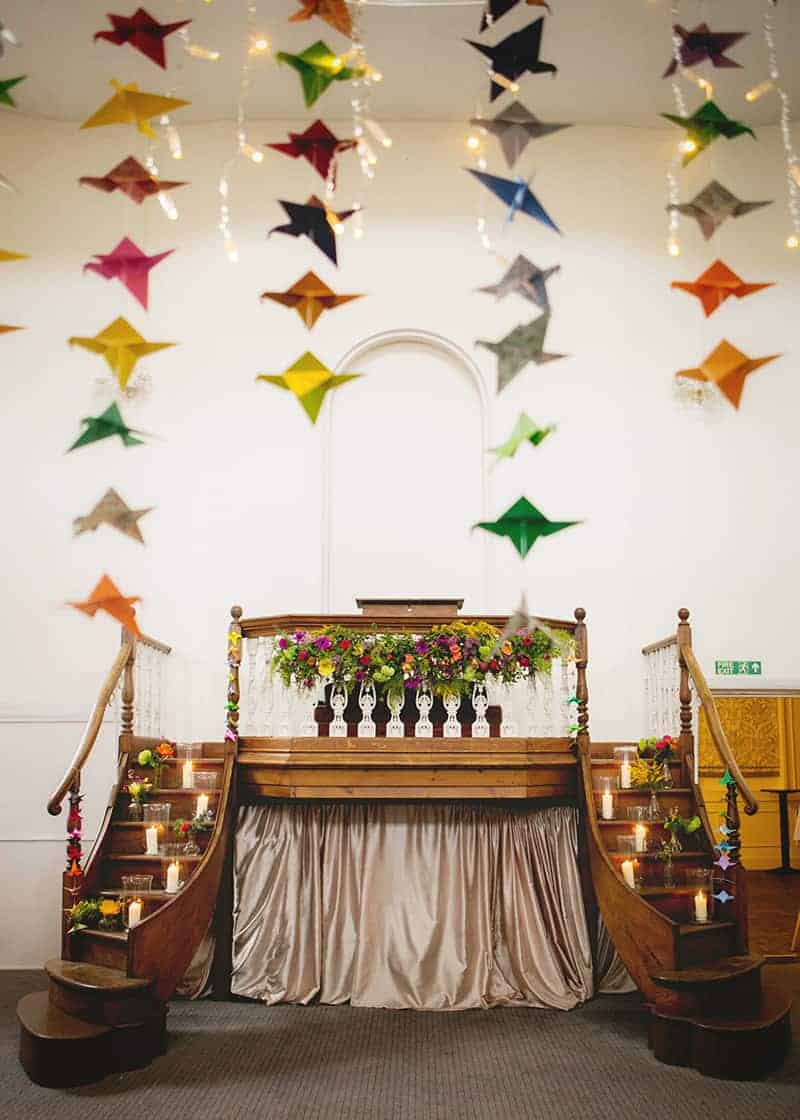 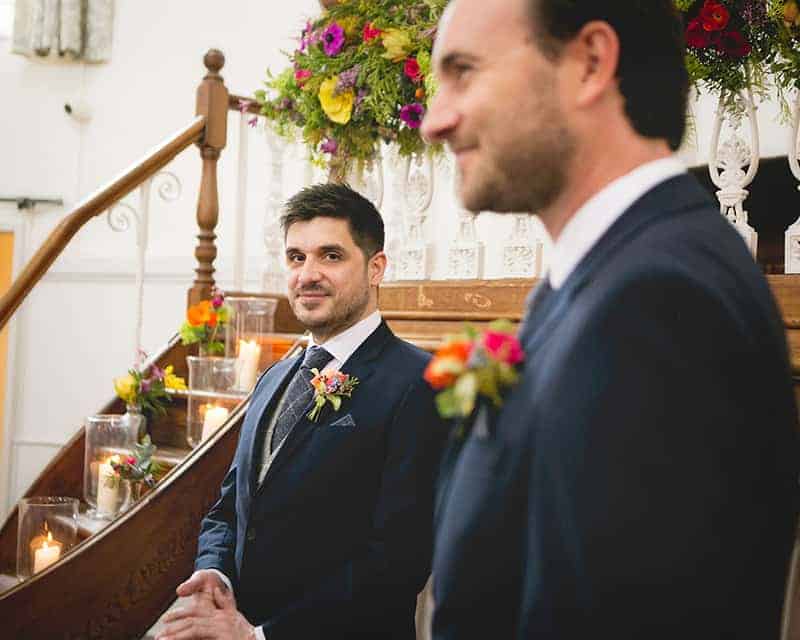 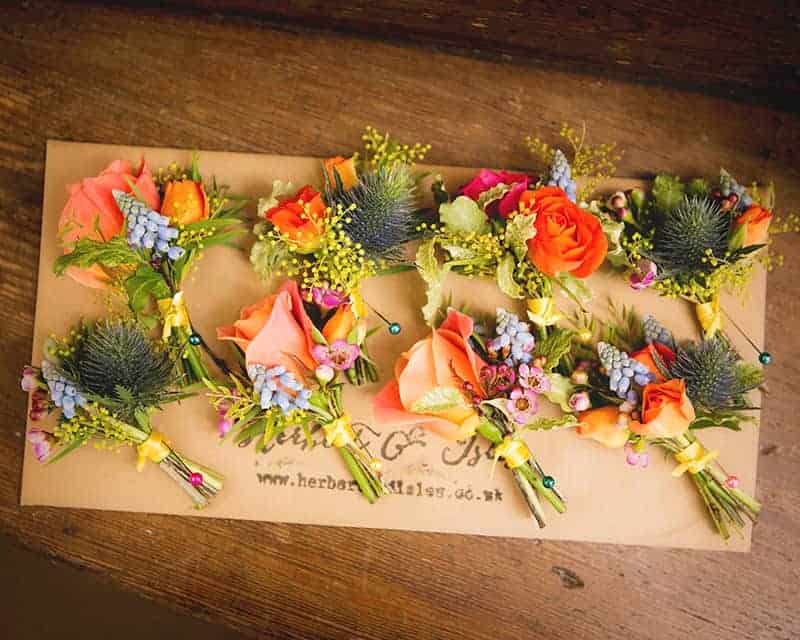 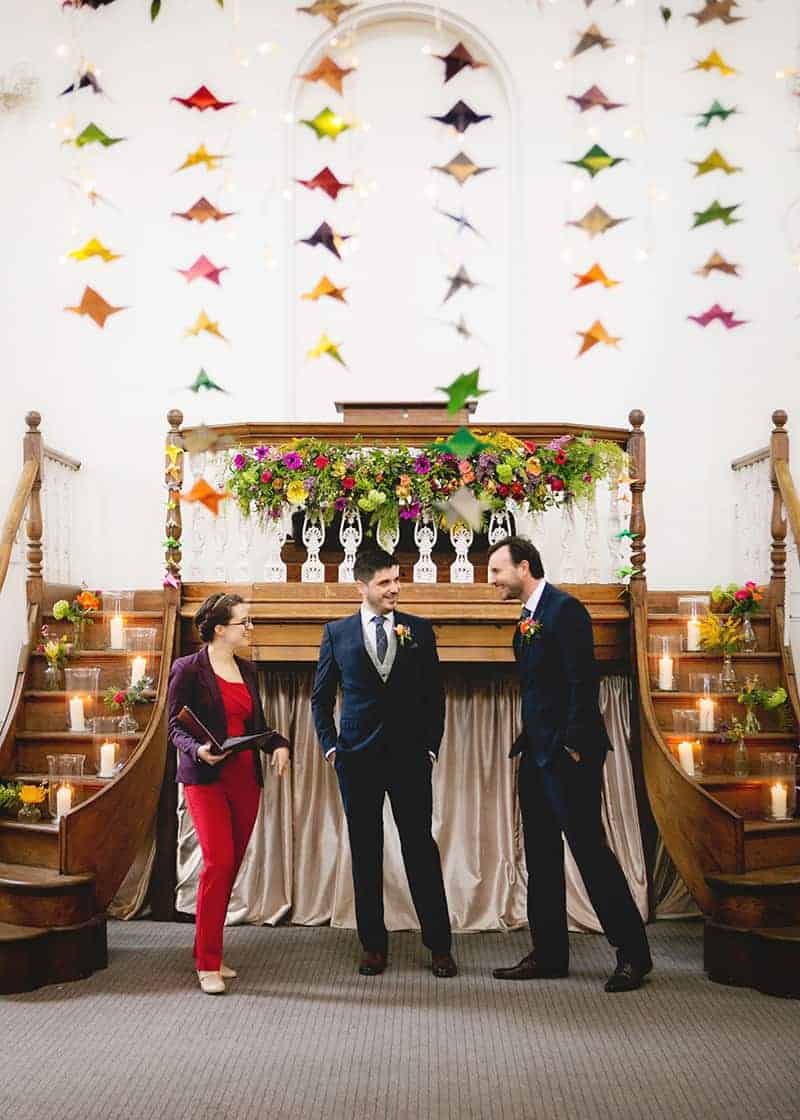 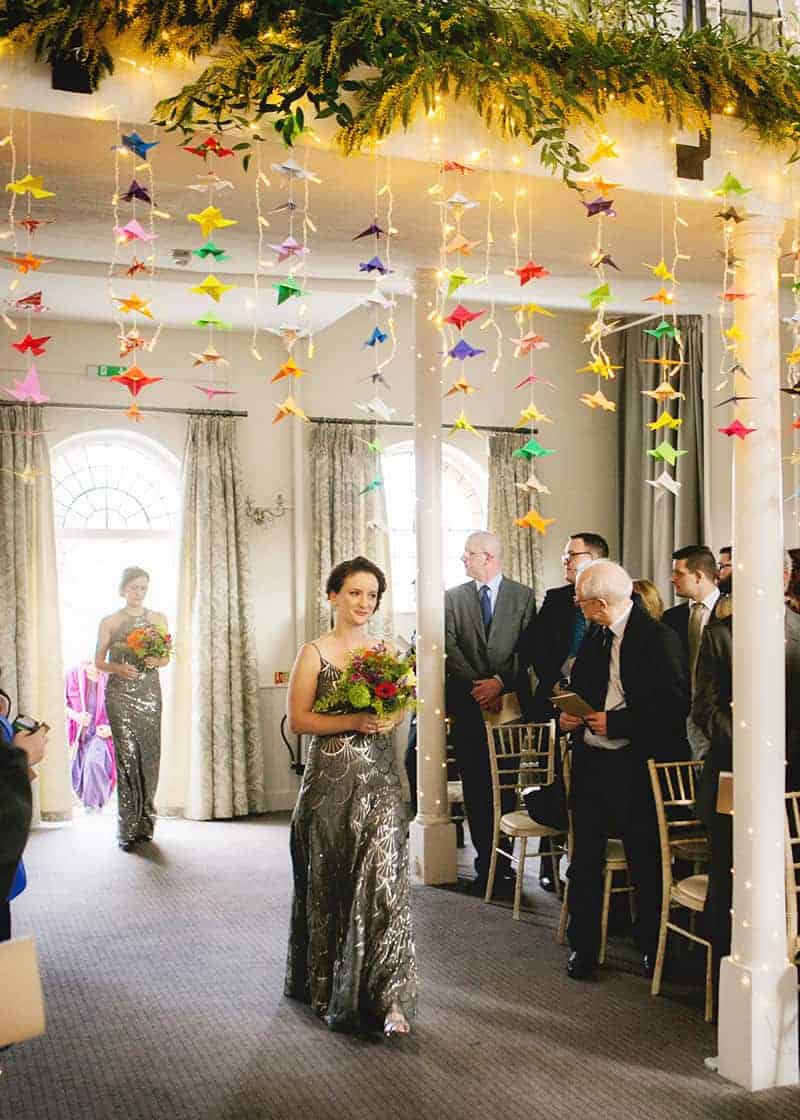 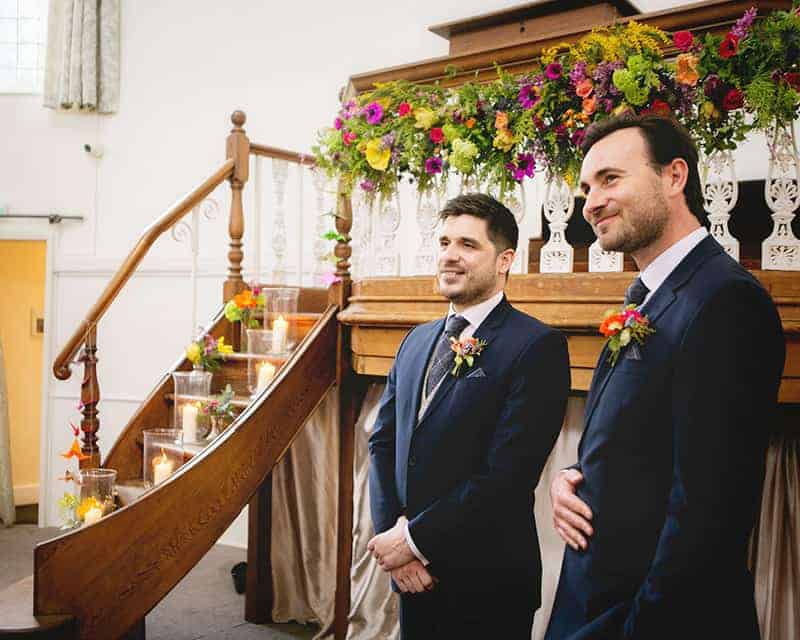 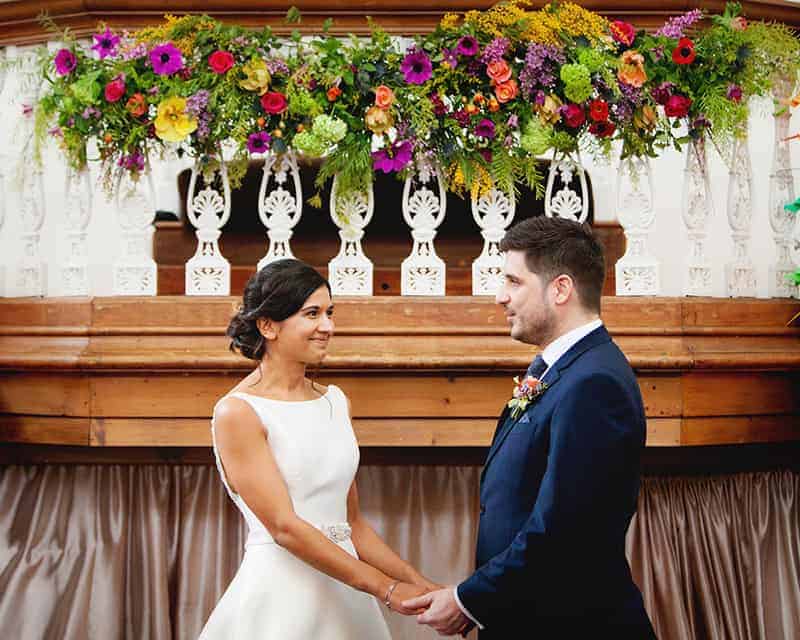 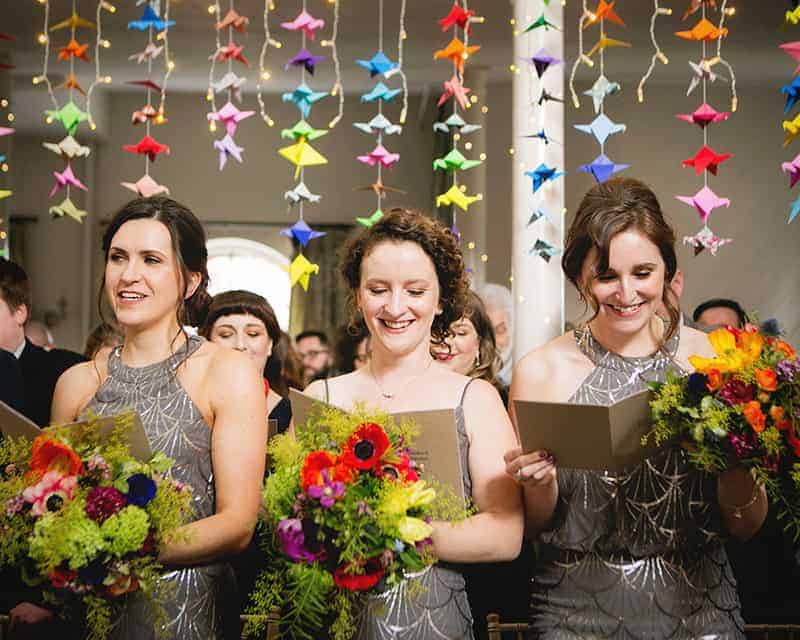 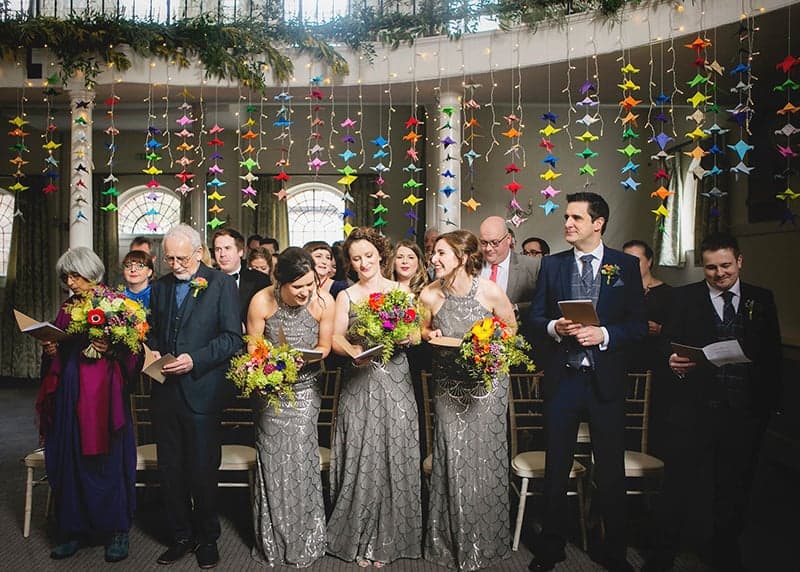 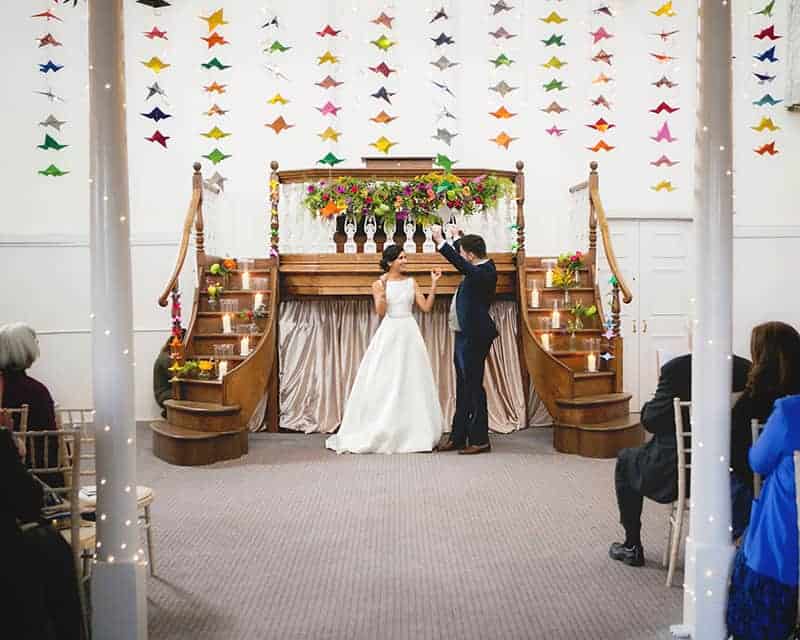 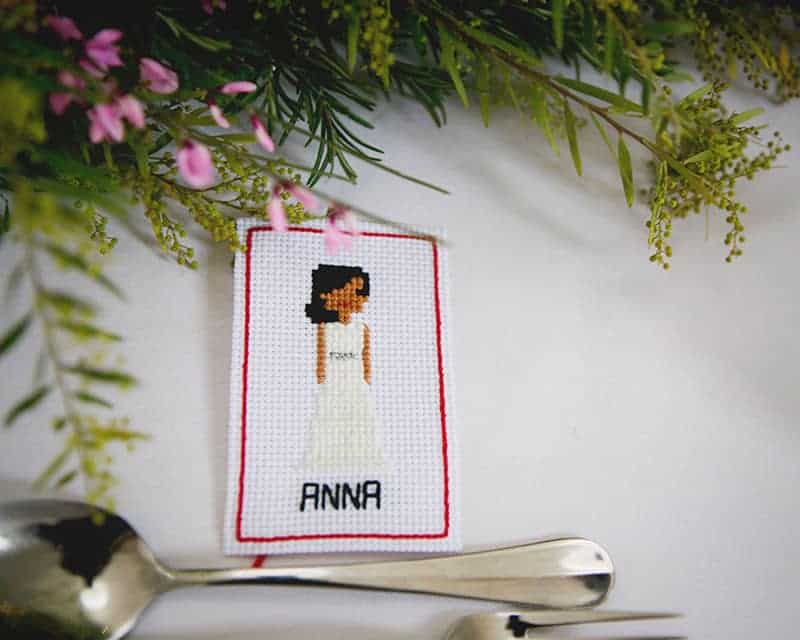 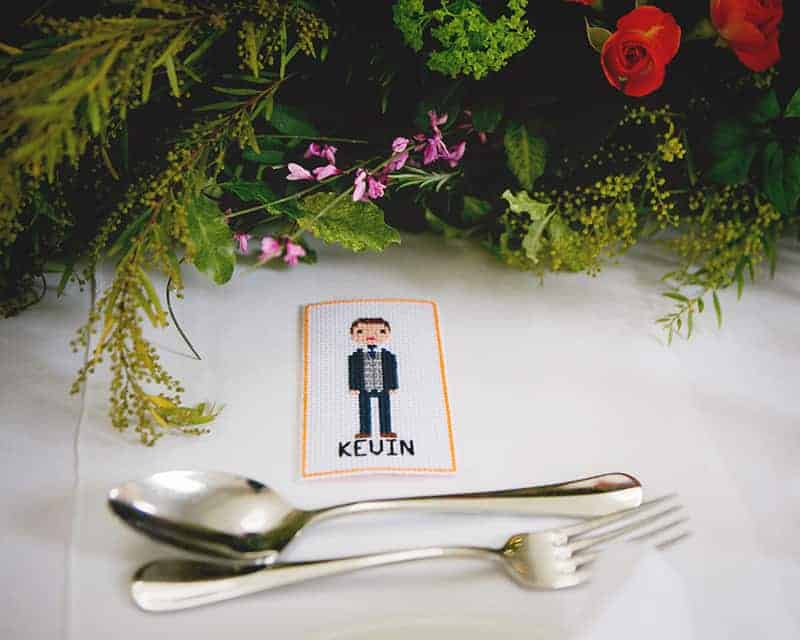 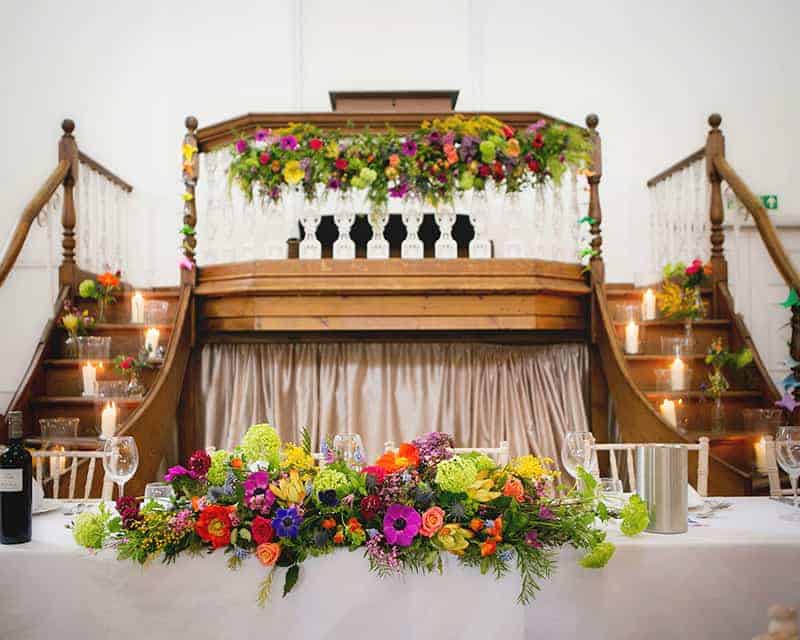 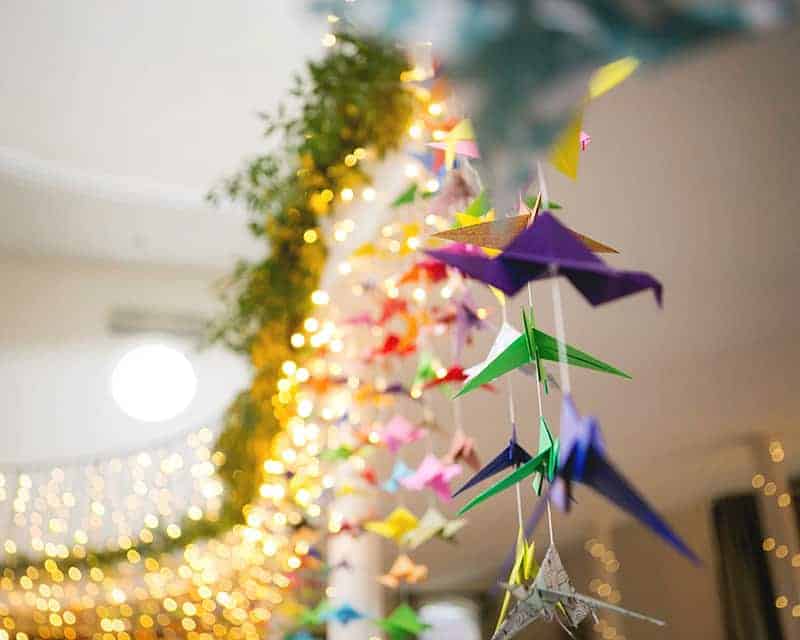 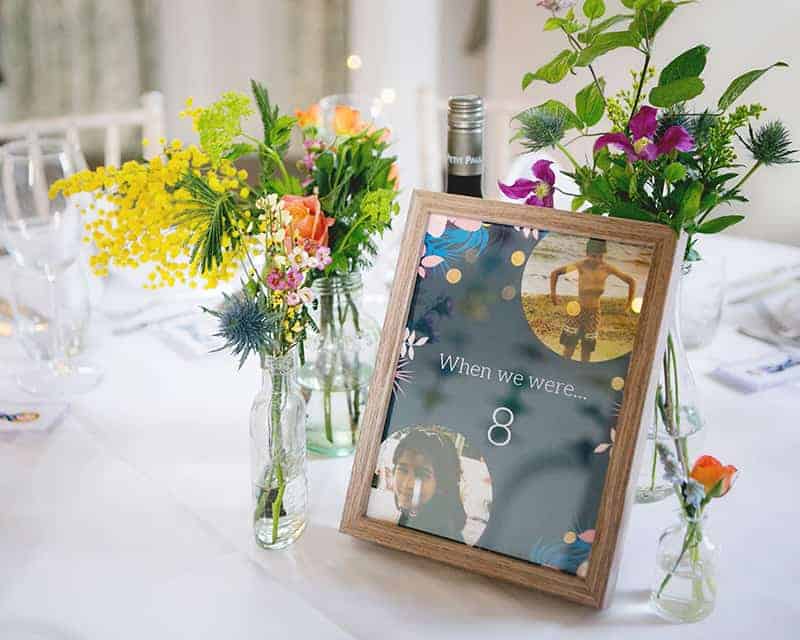 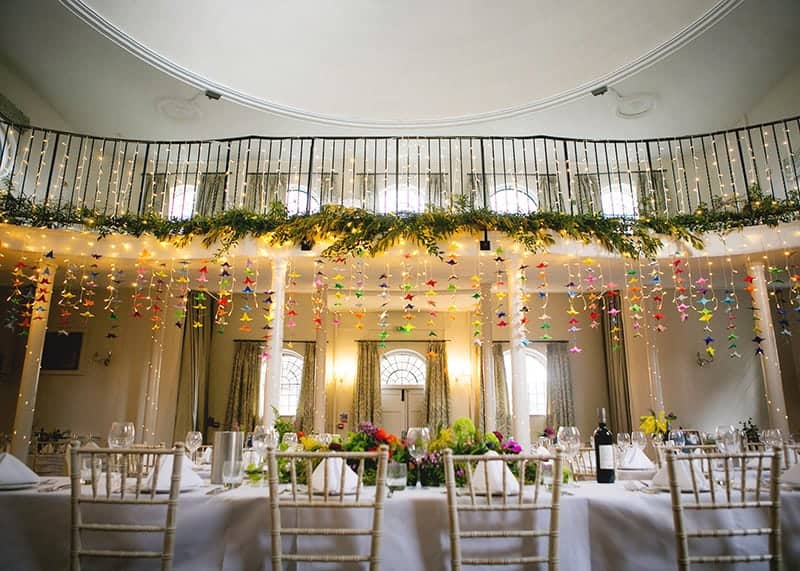 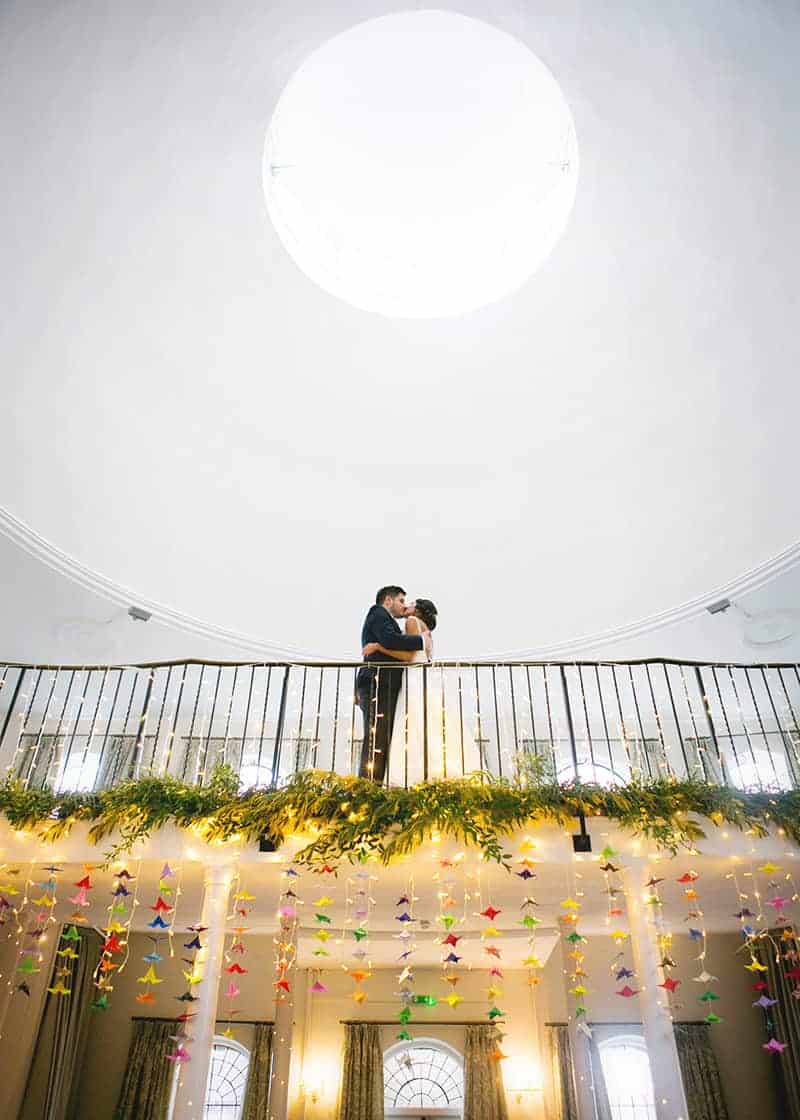 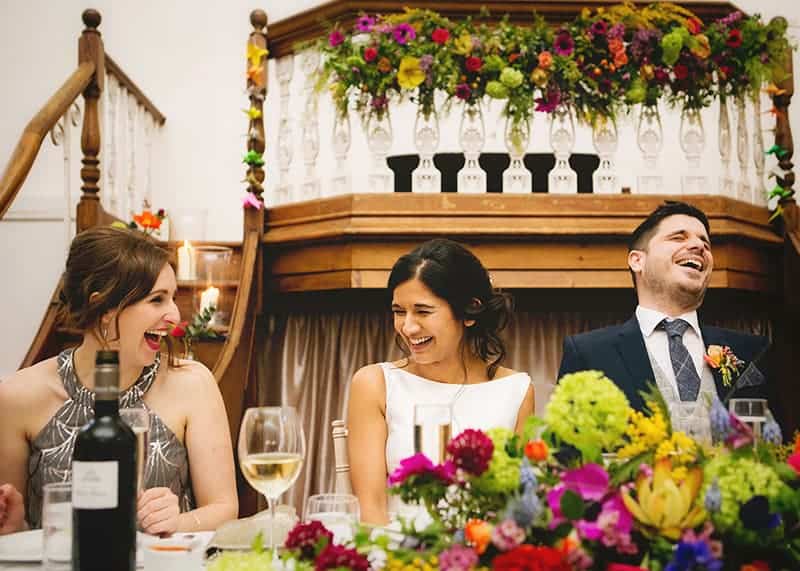 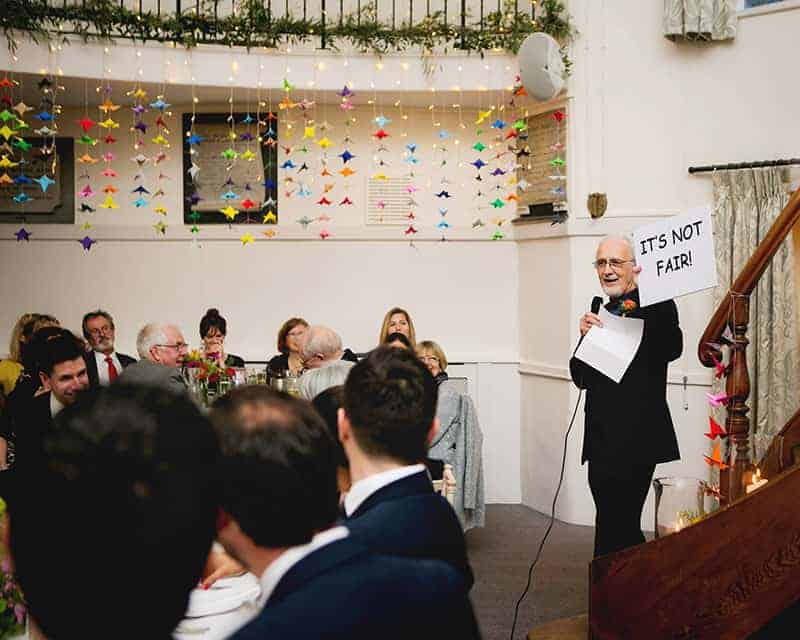 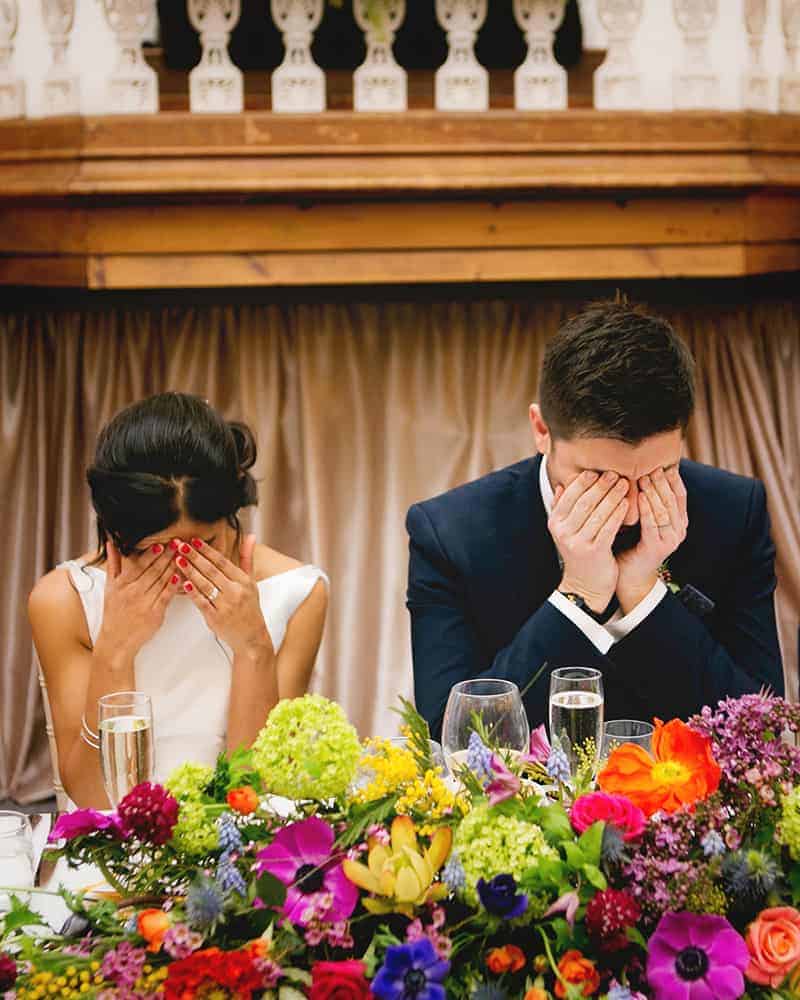 “We wanted to get married locally in Putney, London because it’s where we grew our relationship and where we live together with lots of favourite local spots.” Anna began.

“We looked at several local venues but none felt right for us. We started to look further afield and saw kings chapel online. We’d never been to Amersham but liked the look of photos so decided to go see it. It was like those house hunting shows on tv – this was our wildcard! We’d never been to Amersham before and had no connection to it. We got off the train on a sunny spring day and the walk through the woods down to old Amersham which was classic English countryside, was very beautiful! We were already half sold by the time we got to venue which ticked all of our boxes. It was slightly further out than we’d originally planned but we fell in love with it and with the team there who were incredibly friendly and helpful,” Anna told us.

“Neither of us had ever particularly envisaged getting married so we had no preconceptions about what we wanted which gave us a lot of flexibility. We just knew that we wanted it to be happy and that meant lots of colours! We wanted it to be quite personal and it was important at to us that everyone had a fun day. We kept our diy crafting secret because wanted to surprise everyone on the day!” she added.

“Kevin had worked with children for a long time and had years of experience teaching young children to make various origami animals. Because we wanted a really colourful wedding we’d looked online for inspiration and really loved some photos of origami chains we’d seen. There’s a Japanese legend that anyone who folds 1000 origami cranes will be granted a wish from the gods. Not being the superstitious types we stopped at 980! At 5 mins a crane, it took us months, we spent New Year’s Eve finishing them off, we were folding them as the bells went! It was all worth it, and many of our guests took chains home with them to remember the day.”

“Kevin was flicking through r/weddingplanning on reddit one day and saw a post about by someone who had cross stitched simple images of their guests. He sent it to me and I told him no way. Neither of us had ever done any embroidery before. The next weekend he tricked me into going to a craft store to buy a beginners kit. Somehow we were suddenly cross stitching each of our guests as name places, even the ones we hadn’t met before (check your privacy settings guys) and those we knew would be wearing kilts (that wasn’t an easy cross stitch!). It took a long time, much longer than we ever admit in public. There were some slight disagreement about hair colours! We were really proud of them and venue managed to get one spot on as one of our guests turned in the exact outfit we’d stitched him in! We really loved watching everyone come in to dinner and spot them. We’re still cross stitching to this day, it’s our new hobby.”

“We also made our table numbers, again thanks reddit! These were photos of us at the age of the table, we thought they’d make a nice conversation starter,” she explained.

“We’d been to a number of humanist weddings and had agreed that we loved the personal approach. We found Stephanie on the humanist uk website. We’d had an idea that we liked the singing part of church services but not being religious hymns weren’t appropriate for us. We wanted that community aspect of coming together and had thought about singing some pop songs as part of the service. When we mentioned this to Stephanie at an intro meeting she was more excited than we were and we knew she was the perfect celebrant for us!”

“We were really worried that the singing during the service would fall flat (we chose ‘Higher and Higher’ by Jackie Wilson and ‘I’m gonna be (500 miles)’ by The Proclaimers). We weren’t sure anyone would join in. Stephanie had assured us she would contribute enough for everyone and we’d prepped some friends but we really didn’t need to. We were really taken aback by the enthusiasm and the feeling of everyone singing at us. It was a real highlight of the day. Several people commented to us afterwards they hadn’t appreciated how romantic 500 miles was until that moment.”

“Because it was a humanist ceremony were we able to work with Stephanie to design our service the way we wanted. She wrote a script with us to include lots of stories about our relationship and some lovely jokes. As bibliophiles we chose passages from books we loved for the readings – captain Corellis mandolin and the amber spyglass. Stephanie also helped us to write our own vows which made the service all the more meaningful. It was the first humanist ceremony many of our guests had been to and positive comments about how personal it was.”

“We quickly found out what type of photography interested us, we didn’t want to spend anytime doing staged photos and a photographer friend told us we were looking for reportage and sent us some websites to look at and one was Katrina’s. We loved her style and when we met her she instantly understood our vision and our desire to avoid staged photos.” Anna explained.

“For the food we had decided that we wanted Indian food, and one of the advantages of the venue was that the sister hotel had an award winning Indian restaurant which took our breath away at the tasting. It was exactly what we wanted!”

“We got our rings designed by the same jeweller who made my engagement ring. She was en ethical jeweller which was really important to us.”

“The planning wasn’t very stressful at all, maybe because we got married in feb and not peak season, so everyone we wanted was available and we didn’t have any fixed ideas so we were quite responsive as things came up.” Anna told us.

“Plus, on the advice of all of our married friends we used multiple excel spreadsheet to plan and organise,” she laughed.

“We did what we wanted to do and had the best day – we followed the traditions we wanted but weren’t constrained by the ones we didn’t. The humanist ceremony gave us the flexibility to be more personal. Think about the things that are important to you and don’t stress the rest! Minor things went wrong on the day but no one noticed (including us!) we were focused on having fun!”

Adventurous Family Elopement in Colorado
May 9, 2022