Should You Propose on Valentine’s Day: 9 Pros and Cons to Consider 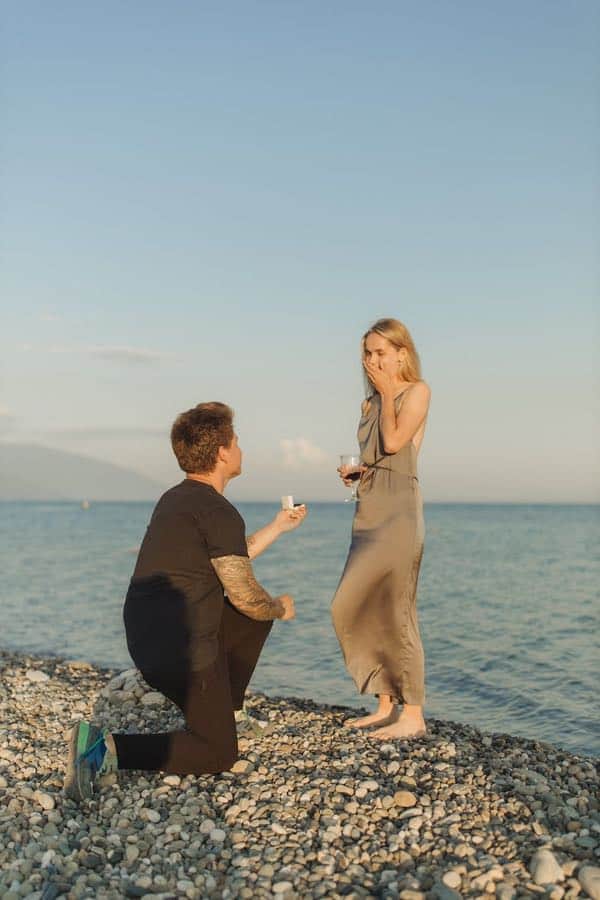 Should You Propose on Valentine’s Day: 9 Pros and Cons to Consider

Should you propose on the most romantic day of the year? There’s definitely a solid case for Valentine’s Day proposals. The numbers back that up, too, as Valentine’s Day was 2020’s most popular proposal day of the year. While it seems like a natural day to propose, let’s pump the brakes just a bit and look at the pros and cons. We’re gonna start with the cons so we can end on a high note.

Look, it’s hardly a new thing to propose on Valentine’s Day. As we learned earlier, the 14th of February is one of the most popular proposal dates out there. It even beat Christmas in 2020, so, like, it’s up there. If you want to do something special, you’re really gonna have to go all out. Even then, it’s tough. There are so many other days of the year to offer up a unique oval engagement ring. It doesn’t have to be this one.

Con 2: The Element of Surprise Has Left the Building

Oh, you’re going out to a nice romantic dinner. Wonder what’s gonna happen? Look, if you’ve been really good about keeping the proposal under wraps, maybe you can still eke out a surprise. That’s a hard maybe, though, champ. Whether you can or can’t, the element of surprise is not with you on Valentine’s Day.

Con 3: You’re Gonna Have a Two-in-One Celebration for the Rest of Your Lives

Hey, we won’t lie. For some people, this is a pro. Your gifts can pull double duty for the rest of your lives. It’s economical and convenient. However, romance and pragmatism rarely go hand in hand. If you both share a love of efficiency, consider this a pro. If you’re a bit more emotional about the whole love thing, Valentine’s Day isn’t the peak proposal date.

Yes, you’re proposing, not getting married on Valentine’s Day (we assume). So, yes, you won’t technically be sharing your wedding anniversary with Valentine’s Day. Still, though, it’s walking an emotional tightrope.

You won’t exactly find your favorite restaurant loaded to the gills with couples on March 13th. That is, assuming National Donald Duck Day isn’t a big celebration in your part of the world. Look it up. We aren’t lying.

The point being, it’s hardly unique. If that doesn’t bother you, ignore this con. It won’t make it a pro, but it will make it a non-factor. If you’re going for originality, it should be obvious that Valentine’s Day isn’t top of the list for proposal dates.

Now, you’re more than welcome to just go out for a nice dinner and bring a beautiful piece of everyday jewelry as a gift. That’s quite thoughtful. Do make sure it’s clear you aren’t proposing because you’re gonna run into a tense dinner if that’s not properly understood beforehand. 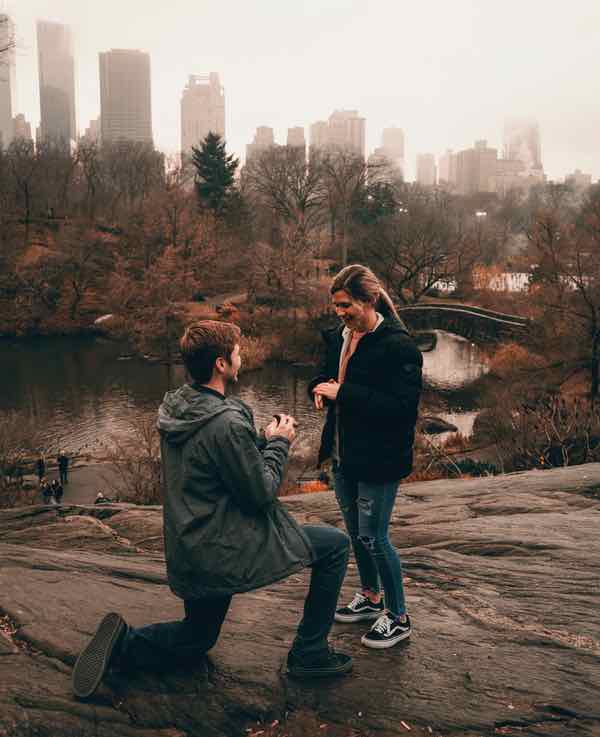 Pro 1: It’s Only Cheesy if You Think It’s Cheesy

There’s no reason it has to be considered a faux pas to propose on Valentine’s Day. It’s a classic for a reason, and it’s the pinnacle of all things romance. If you don’t think it’s an issue, or you’re strongly in the pro-Valentine’s-Day camp, consider this a notch in the pros’ column.

Pro 2: Next to Impossible to Forget Your Anniversary

Hey, it’s worth considering. You know the classic trope of the husband forgetting his anniversary and the wife being mad at him. Feels like we’ve got 30 years’ worth of network television to reference for that one. If you’re a forgetful person, it’s nice to have a whole season of advertising to remind you. Don’t knock it till you try it.

Pro 3: The Season Is on Your Side

Yeah, you still have to do your part, but you’ve really got a leg up. Sure, Michael Jordan had to work hard for his championships, but did you see the 1996 Chicago Bulls roster? Think of Valentine’s Day anniversaries like having Scottie Pippen and Dennis Rodman on your emotional basketball team. You gotta do some work, but man, is it a lot easier than not having it?

Pro 4: For the Fan of the Public Proposal, You’ve Got a Captive Audience

Set on a public proposal? There’s basically no better day to do it than Valentine’s Day. Christmas and New Year’s Eve are also solid picks, so you’ve got some options. However, when you get down on one knee in a crowded restaurant, people will applaud you.

Of course, this is only good if you’re convinced you’re going to get a “yes,” but that should be obvious. All the dudes in the room not proposing may hate you, so there’s that. That’s their problem, though, not yours.

Pro 5: Proposal Coordinators Are Around in Droves

The downside here is that they’ll likely be booked well in advance, so plan accordingly. If you want a coordinator’s help, though (or a photographer’s), just look for the exhausted cameraman with a clipboard who’s been sprinting around for the last 72 hours straight. No, but actually. If you want to bring in some outside help, this is the time to get it.

Whatever you do, just make it personal and special. If you want to propose on Valentine’s Day, awesome. If you think it’s played out, there’s always March 13th.

Jhona is a great Sales Lady that comes from the Real Estate business, but she loves writing, design, cooking, traveling, and weddings! When she finds a topic she loves - she will put all her energy into researching and creating a wonderful piece...

5 Reasons You Should Consider a Yoga Bachelorette Party
October 19, 2022