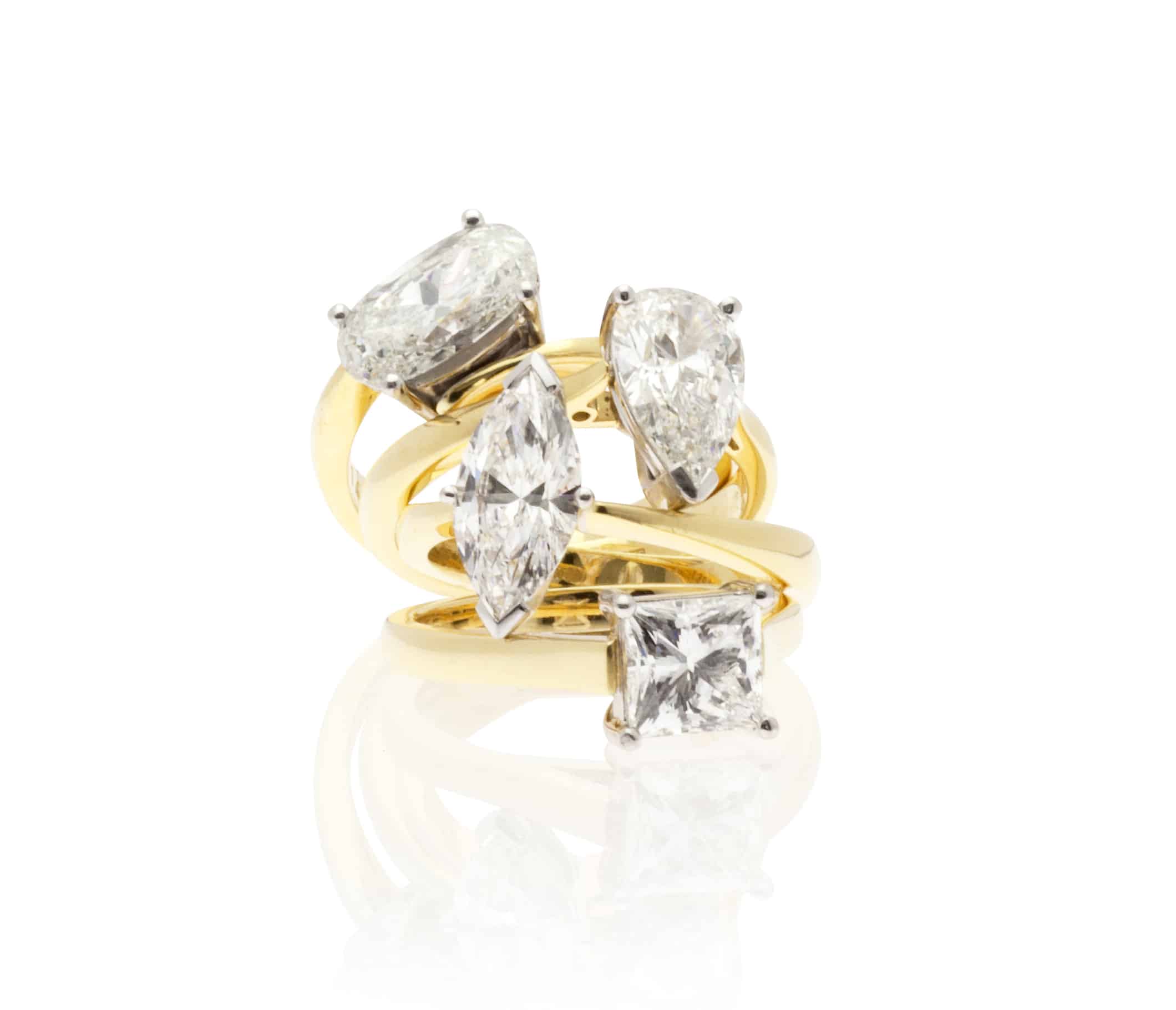 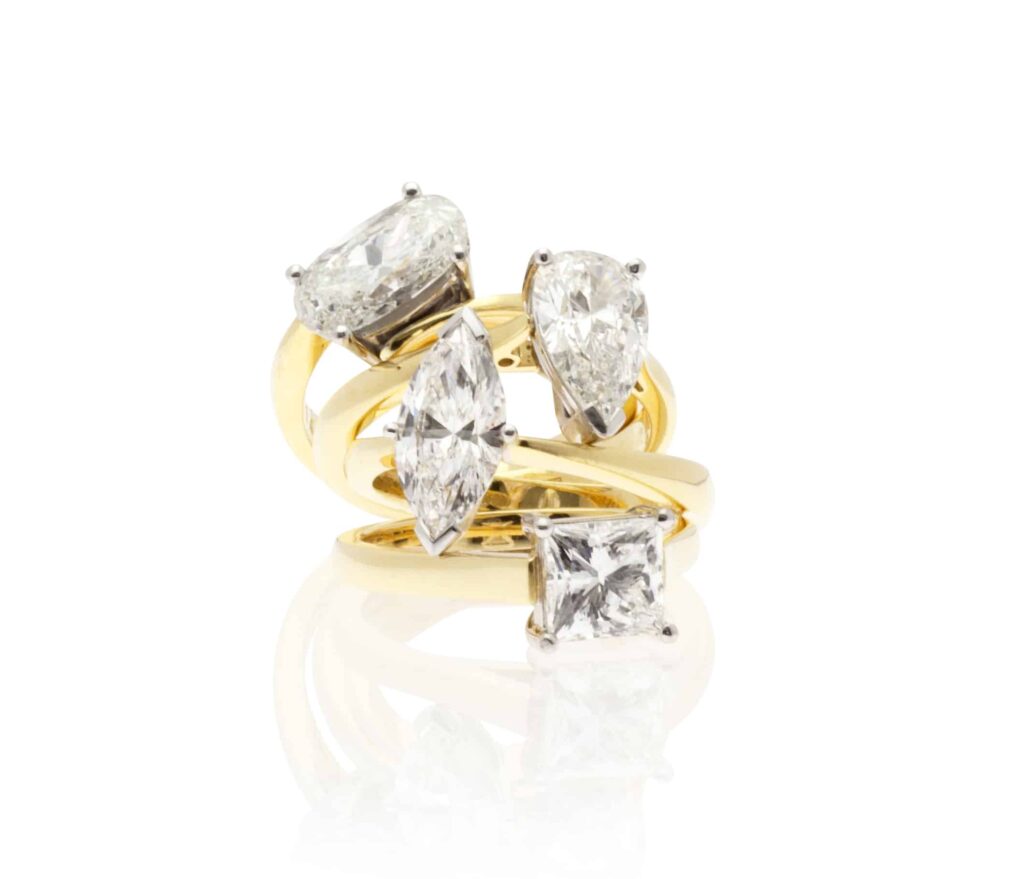 Many people know how and where to buy an engagement ring, but not many people know the history or statistics behind them. We’ve put together some fun facts about engagement rings, to help you learn about the origins of the custom, the most popular styles and shapes, and lots of other interesting stories about this traditional piece of jewellery. 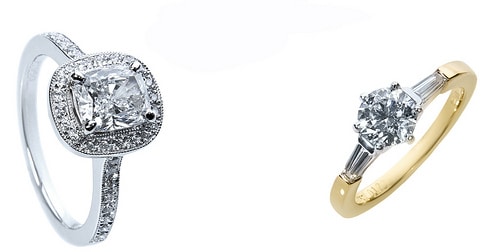 ♥ 2. In the past, engagement rings were given as a sign of financial commitment – men gave rings to women to signify that they could support them financially. They even gave the ring along with a purse of gold coins to reinforce their monetary prowess.

♥ 3. Old fashioned conventions suggest that a man should spend between one and three months’ salary on an engagement ring for his bride-to-be. However, in modern times, research suggests that most people spend around three weeks’ salary on their chosen band.

♥ 4. Incidentally, the average man spends around one to three months shopping for the perfect ring!

♥ 5. December is the most popular month for buying engagement rings, with approximately 15% of couples getting engaged during the festive season. Apart from Christmas, Valentine’s Day, Thanksgiving and New Years are also big days for proposals.

♥ 6. The most frequently selected style of engagement ring is a round cut brilliant diamond ring, closely followed by a princess cut. White gold and platinum are the most popular metals.

♥ 7. Contemporary couples often choose engagement rings together – up to 60% of brides are involved in the selection of the ring, and 3% choose it themselves!

♥ 9. Hotel heiress Paris Hilton was the recipient of one of the world’s most expensive engagement rings. It was given to her by her now ex-fiance, also named Paris, and was worth an estimated $4.7 million. The centrepiece of the ring was an enormous 24 carat, canary yellow, emerald cut diamond. Although the relationship didn’t work out, the beauty of the ring is certain to stand the test of time!

♥ 10. A recent study revealed that 28% of women would turn down a proposal if they didn’t like the ring! Whilst this may seem extreme, it is important to remember that the ring must suit the couple’s unique style and taste – after all, it’s intended to be worn for a lifetime.

If you need help selecting an engagement ring that your beloved will love, why not pay Appleby a visit online or in store?

The story of Dublin’s family jewellers began in the warmth of the Appleby family home. There Margaret Appleby created personal, beautiful pieces for a select circle of customers.

By the end of the 1950, she and husband John opened their shop in Johnson’s court; together they began the lasting tradition of family service and care that are hallmarks of the business today. The family tradition and ideas are carried on by three of their sons Gerard, Joseph and Mark Appleby who share the same beliefs and customs. They know the fine hand-crafted jewellery is at the heart of a tradition they share with each of our customers to this day.

Appleby Jewellers have continued to maintain the highest levels of service and quality for their customers over the years.

At Appleby, Our number one commitment is to offer our customers only the very best in quality and value.

Family Affair: How To Include Your Kids In Your Wedding
January 12, 2023

Will Immersive Performances Be The Hottest Entertainment Trend For Weddings in 2023?
January 12, 2023