WORLDWIDE ENDOMARCH: WHAT IS IT LIKE LIVING WITH ENDOMETRIOSIS? 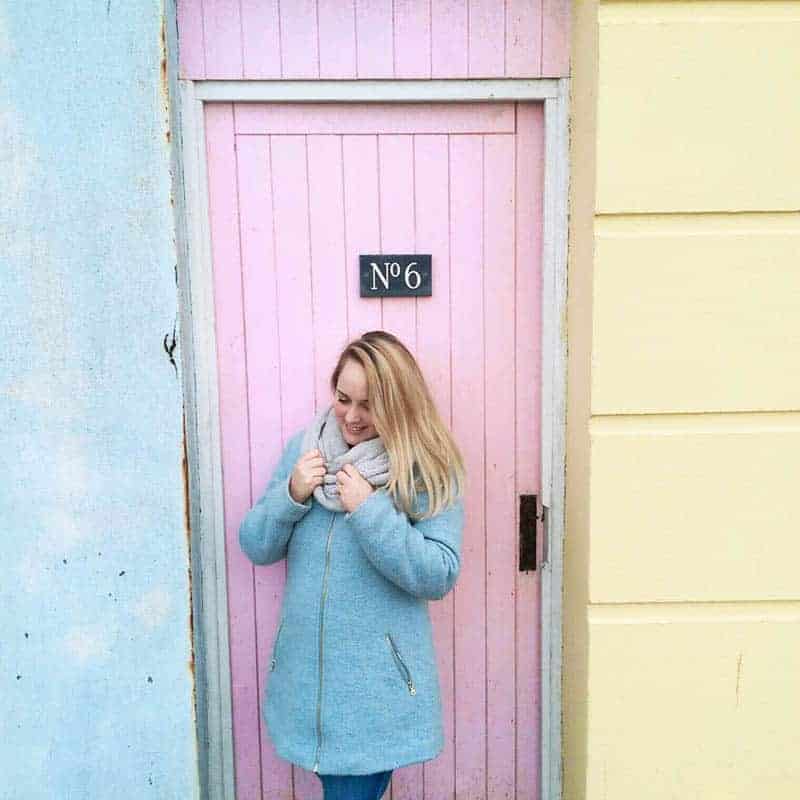 WORLDWIDE ENDOMARCH: WHAT IS IT LIKE LIVING WITH ENDOMETRIOSIS?

If you have never heard of Endometriosis, don’t worry you are not alone, 20% of women have never heard of the condition, a shocking statistic when taking into account that 1.5 Million women are currently suffering from the disease here in the UK. Caused when cells like the ones found inside the lining of the womb, grow on the outside of the Uterus, Ovaries and Fallopian Tubes, Endometriosis causes inflammation, pain and scar tissue which can lead to infertility, fatigue, bowel and bladder problems.

Next Saturday marks the 3rd anniversary of EndoMarch here in the UK, supporters across the globe take place in a peaceful march to raise awareness of those suffering from the disease. As I will be unable to attend the event this year, I wanted to share my own experience of living with the condition in support. Be warned this is a wordy post and not for the faint hearted, so if you’re eating breakfast you might want to finish up before continuing.

Like many girls, I had my first period at the age of 11, I was in my last few months of primary school and I remember feeling a dull ache at the bottom of my stomach, followed by the sensation of feeling like I’d just wet myself. A quick trip to the loo confirmed my suspicions that I had just experienced what it felt like to have a period and so I sent a trusted friend to get a teacher as I was completely unprepared. The teacher came into the toilet with a sanitary towel and passed it to me, she then shook my hand and said ‘Welcome to womanhood’. Little did I know Womanhood was going to make my life utterly miserable at times.

By the time I was 13 my periods had become unbearable, they were extremely heavy and terribly painful, I was missing days at school and having to excuse myself from sports. It was embarrassing always having to make excuses, and I swear the teachers thought I was just being lazy, little did they know that I used to really enjoy sport, in fact exercise would ease the pain, but at school I felt self-conscious, that any extra exertion would cause embarrassment in the changing rooms after.

As I started to get older I was beginning to get more and more frustrated that I was starting to miss out on the experiences my other friends were having just because of my period. When I was 16 I was invited on a school trip to Barcelona. Before then I had never been on a trip away for more than a day, as without a word of a lie every trip would fall on ‘my time of the month’ and I just couldn’t take the added stress. However as I was nearly at the end of school I forced myself to go, lots of my friends were going and I didn’t want to miss out. However, there was one thing worrying me. Yup you’ve guessed it! My dreaded period was due the day we were to fly and it was going to mean I would miss out on the luxury of relaxing around the pool in my bikini or even going swimming.

I was determined to fit it on that holiday, so a month or so before we were due to go, I tried Tampons, but they were too painful, so I resigned myself to knowing, I had just set myself up for the most miserable trip ever. Anticipating 30 degree heat, I packed my suitcase full of trousers and big pants, whilst everyone else packed bikinis and short skirts. To be honest the holiday wasn’t that bad and I ended up dodging the swimming pool completely to avoid any awkward questions, but I knew as soon as I got home, something had to be done, I couldn’t live like this forever.

So that summer I took myself to the doctors, I was told it was hormones and my periods would eventually settle, in the meantime they offered me the pill, which they said would ease the symptoms and sure enough they did. Not long after I started suffering from terrible stomach cramps on a normal day to day basis. A few more trips to the doctor, I was first told I was being paranoid, before a second opinion from another doctor diagnosed I had irritable bowel syndrome. With a combination of oral contraceptives and IBS medication, my years at college & university went really well, I noticed a huge difference in both my health and my confidence. It was the best I’d ever felt!

Fast Forward 10 years and I was due for my annual pill check. I had been advised in my teens that you should only be on the pill for a maximum of 10 years so I knew I was soon going to have find another form of contraception. I spoke with my nurse who went through other methods and went home to speak to Mr T about it. I had heard it could take up to 2 years for the effects of the pill to wear off on your body and so we agreed, as we would want to be starting a family soon, it made sense to come off the pill and use traditional forms of contraception until we were ready.

Once I came of oral contraceptives, my periods went back to being extremely heavy and painful, my weight ballooned and I was exhausted all the time. It was a particularly low point in my life especially as I worked in a call centre where I had to ask to go to toilet  in front of all my colleagues, which at that time of the month would be at least once an hour – I lasted in that job about 3 months as I couldn’t take the embarrassment any more.

Thankfully the universe has a wonderful way of helping you out when you most need it and it was around that time I went full time on this blog. I was so thankful to be able to work from home! Then after about two years my period suddenly stopped? I was convinced I was pregnant, so went out and bought a test but to my surprise it was negative? The next month came and there was my period again even heavier than before, so I thought I must have just been under some added stress which caused the disruption, but a few months later the same thing happened again? Another negative pregnancy test and I thought it was time to visit the doctors. I was sent for a scan and blood work which all came back fine, the doctor told me hormones come sometimes become disrupted and so I was sent on my merry way. Over the course of that year I went back to the doctors 4 times with the same symptoms, concerned about my weight and exhaustion and by now I also was experiencing sharp stabbing pains in my ovaries even when I wasn’t on my period along with pain each time I needed to go to the toilet. I was sent for bloodwork and scans and every time I was given the all clear, until finally a different doctor referred me to a specialist.

The specialist asked me about my symptoms and told me that although it did sound like I was suffering from heavy periods, nothing seemed to out of the ordinary, my bloodwork was fine, my scans were fine and I had none of the symptoms of Polycystic Ovaries or Endometriosis, so she asked if she could perform one last scan to double check. As she was scanning I could tell from the look on her face, that she was concerned. Sure enough my ovaries were showing signs of being polycystic and my womb was showing signs of endometriosis, she told me I would need a Laparoscopy as soon as possible to find out what was going on?

I went into surgery last September, where they found severe Endometriosis. It was so bad that it was covering my bowel and had fused one of my Fallopian Tubes so that it had become disfigured into a coil, however I was extremely lucky they were able to treat it and everything was left in tact. So where has that left me on my journey with Endometriosis?

Well at the end of last year, at the age of 28 I was told I was in the early stages of menopause brought on by the severity of the condition. I would never conceive naturally and we would need IVF if we were to have any chance of having children. It has been a huge shock to my system, I was never expecting to be told such life changing news and it has taken me some time to process it, but I am now at a stage where I feel comfortable talking about my experience. If I can prevent just one girl/ woman going through what I have had to then it will be worth it.

We know our own bodies better than anyone, I knew from an early age that my periods weren’t normal, however as my experience shows, the symptoms of Endometriosis are extremely varied and as I didn’t conform to the most common symptoms my condition was overlooked and left untreated for almost 14 years! I have since learned that the pill can mask the symptoms of Endometriosis, I was silently living with a disease that was attacking my reproductive organs and I didn’t know anything about it so I urge any of you who think you might be suffering the same, to keep going back to your doctor and asking for second opinions if you feel like  you are not being heard.

Thank you for taking the time to read my extremely long story today as I realise it doesn’t make for easy Sunday reading but I hope you understand my reasons. I love that we have such a positive community here and I would like to ask for your help in raising awareness of the Endometriosis by sharing this post, we need to keep talking about this disease, making others aware of it and researching, so that it can be recognised sooner. I would also love to hear from you, so please feel free to leave any questions you might have or comments with your own experience.