11 WAYS TO INCLUDE YOUR GROOM IN THE PLANNING 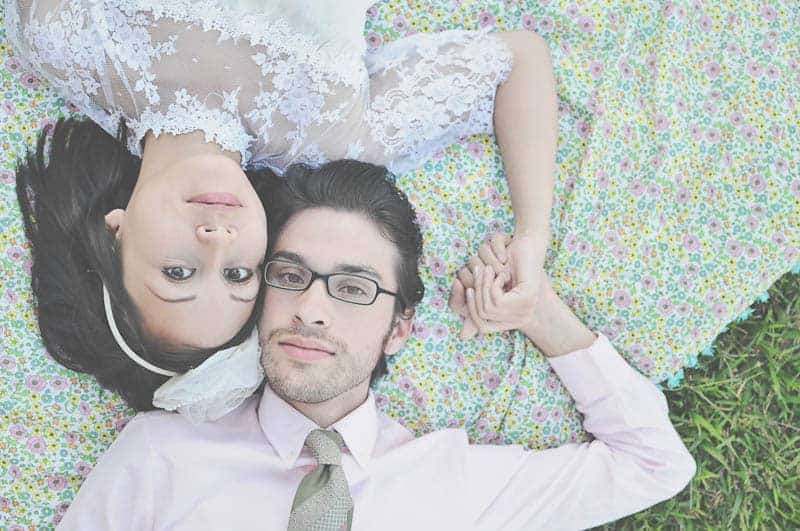 11 WAYS TO INCLUDE YOUR GROOM IN THE PLANNING

For any couple, planning a wedding is stressful enough, but can you imagine how much more tense it can become when only one of you seems to be interested in doing any of the planning? Well for a little while that was kind of my story. When we first started wedding planning Mr T seemed really disinterested and it seriously irked me, but instead of asking why? I assumed he didn’t want to have anything to do with it or worse, he didn’t really want to get married anymore?

One day I finally plucked up the courage to ask him what was going on and he seemed totally oblivious to it all? That was when I realised that rather than being disinterested in the wedding, he actually had no clue what needed to be done? At one point he told me that he genuinely thought you booked the venue, and somebody there would do it all for you? I MEAN SERIOUSLY?!?!

Maybe as a wedding blogger it all seems so obvious to me but after chatting with friends, I now know Mr T is not the only hubby-to-be that is totally clueless to the world of wedding planning, which is why today I am sharing my top tips for getting him involved. 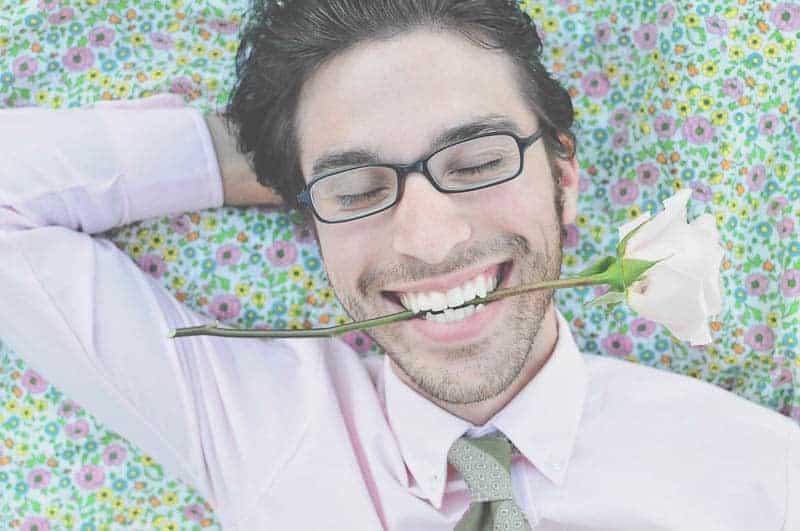 1. Tell Him What He’s Responsible For

As I am a wedding blogger it isn’t too surprising that Mr T, naturally thought I would take care of everything when it came to the planning but it was really important to me that we planned our wedding day together. Like many guys he is totally unaware of what needs to be done so I just had to tell him! At first he was a little shocked at how much there was to do and how much money would be needed to do it, but now he is way more prepared and I think he actually welcomed the guidance.

2. Don’t Get Offended When He Tell’s You To Do What You Want

When we first started making our home together I would always show Mr T images that I had pinned or cut out of interior magazines illustrating how I wanted our house to look. He would quickly glance over them and tell me how nice it was, rarely disagreeing with me. Eventually I asked him why he always seemed so impartial and his reply was “A man builds a house and woman builds a home.” Whilst the feminist in me was screaming, “I can build a house too!” The romantic in me was thinking “aww, how sweet!”

Since then that’s how our partnership works, I show him what I want done and he does it for me. And as a traditional at heart that is how he see’s our wedding? He trusts my judgement and if on the odd occasion he doesn’t agree he will let it be known, he isn’t a pushover by any means. So don’t always interpret a lack of input as disinterest, he might just actually agree with you more often than not. 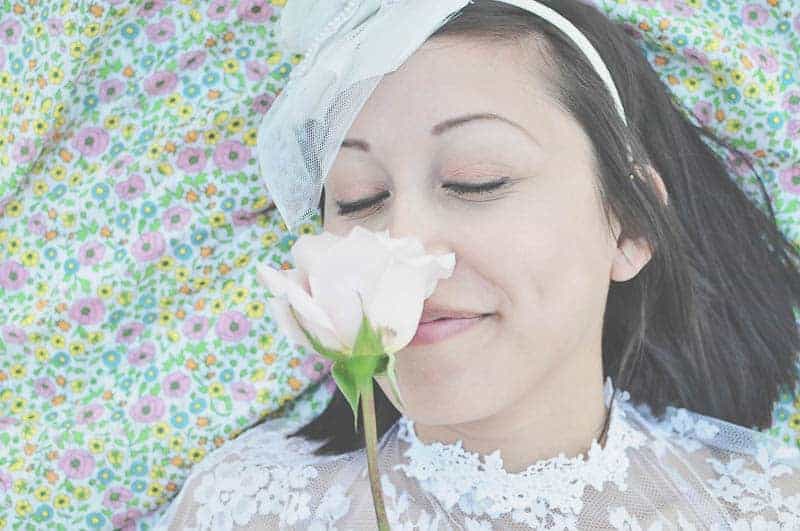 One of the first things I asked Mr T to do was write his own guest list. Just because we have been together for 4 years, doesn’t mean I know who he wants to share in his wedding day – especially as he has so many close circles of friends. This meant Mr T was involved from the beginning and we were able to create a guest list that truly included all those family and friends that were most important to us.

4. Let Him Choose His Own Outfit

I knew way before we even got engaged what sort of attire Mr T had planned for the big day. It is something he has always had in mind and although it wouldn’t be my first choice, what matters, is that he has chosen what he wants and is most comfortable in. In the same way I wouldn’t let him have a say in my dress, so why should I expect to choose his? 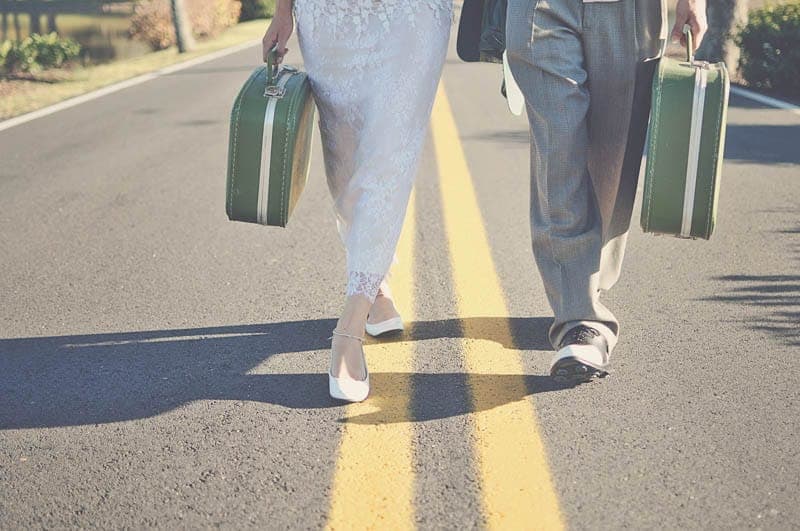 5. Let Him Decide On His Own Stag Party

Much like his outfit I always knew Mr T had his eye on Vegas and I have never had a problem with that. I trust him implicitly and much like the outfits I wouldn’t let him have a say in mine so why should I have a say in his?

6. Let Him Choose His Own Groomsmen

For Mr T, choosing groomsmen is like picking his own fantasy football team so I wouldn’t dare get in his way, but to be honest I wouldn’t want to. I am now lucky enough to be able to call many of his friends my own and wouldn’t dream of it being any other way. I have however had to warn both my grandmothers about the speeches as I fear they will be a little to risque for their ears. Ha ha! 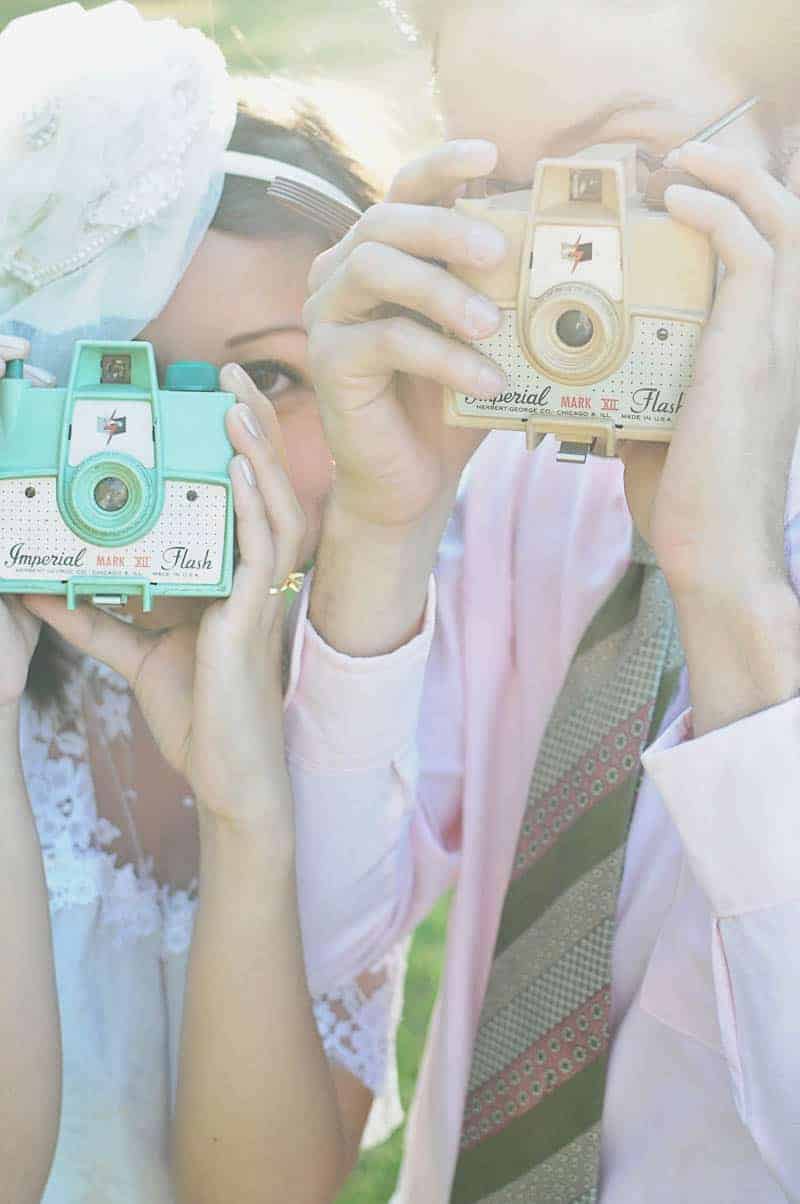 7. Choose Your Wedding Rings Together

This has always been important to us. We designed my engagement ring together and we already have ideas about what we want for our wedding rings. They symbolize our relationship and will be with us for the rest of our lives so we figured they really should have inputs from the both of us, as that’s what a partnership is right?

8. Don’t Force Him To Do Anything He Isn’t Comfortable With

I have always had in my mind that we would write our own vows, neither of us want a religious ceremony so I liked the idea of having some freedom with what was said but I never once stopped to consider that Mr T might have a problem with it? One day I happened to mention it in passing and he totally freaked out! Thinking about it now, it’s obvious as he hates being center of attention and the added pressure of having to write his own vows would have probably been worse than asking him to stand at the altar, naked in front of all our guests (I have never asked him to do that by the way!)

Forcing someone to do something they aren’t comfortable with is never right so don’t do it. The wedding is about the two of you so compromise. 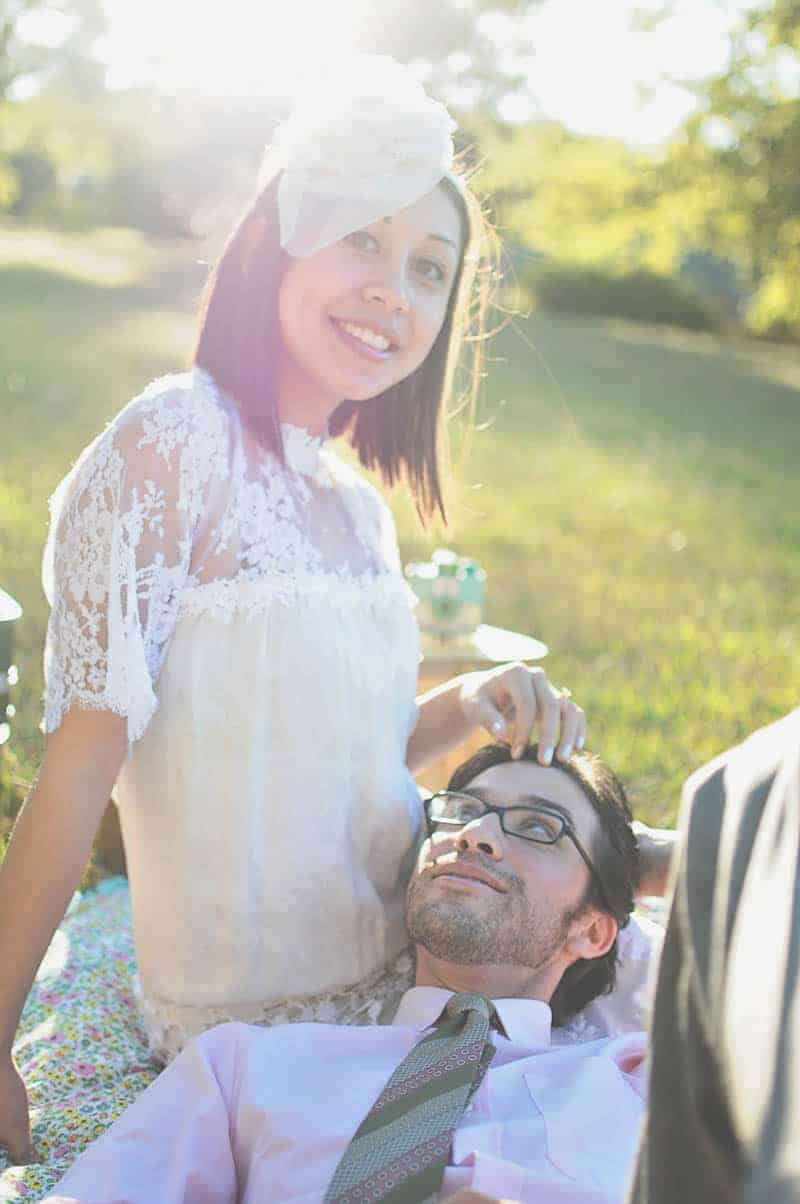 9. Play To His Strengths

Is he creative? A foodie? Does he have fantastic taste in music or maths skills to rival Carol Vordeman? What ever it is, use it!

10. Speak To Each Other About Your Wedding Plans On a Regular Basis

For some, once they become engaged all they do is talk about their wedding but for us that was never the case? For a long time it was almost like taboo. Perhaps it was simply too overwhelming for us to even consider it with everything else that was going on but once we opened up the lines of communication, talking about the wedding become much easier. 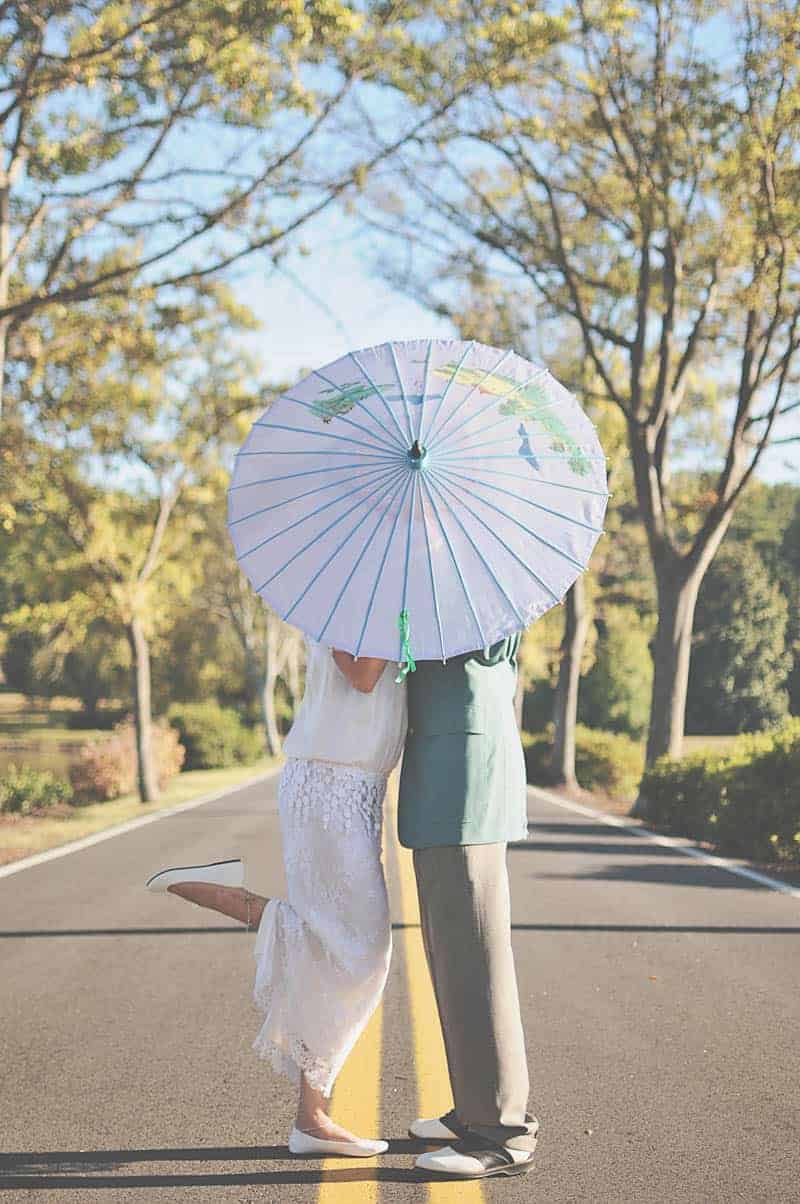 11. Involve Some Of His Mates Too!

Mr T isn’t always a great communicator. He likes to mull things over in his own mind for the longest time before ever saying anything and that’s if he says anything at all? However I have noticed when his mates offer an input it does seem to boost his interest/ confidence? We have been very lucky to have one of his friends, who has also recently planned his own wedding, offer a hand with our planning and it has definitely helped Mr T to open up about what he wants for our wedding day. And the best part is, we are getting tonnes of advice from someone who has been there before us, so we can be just as prepared.

Let me know how you have involved your hubby-to-be in the wedding? Or perhaps your fiance took over all the planning? We are always excited to hear about your experiences?

EMBRACE THE OUTDOOR WEDDING TREND WITH THESE NATURE INSPIRED SAVE THE DATES FROM PAPERLUST
March 2, 2021

HOW TO APPLY JAPANDI STYLE TO YOUR WEDDING
February 3, 2021