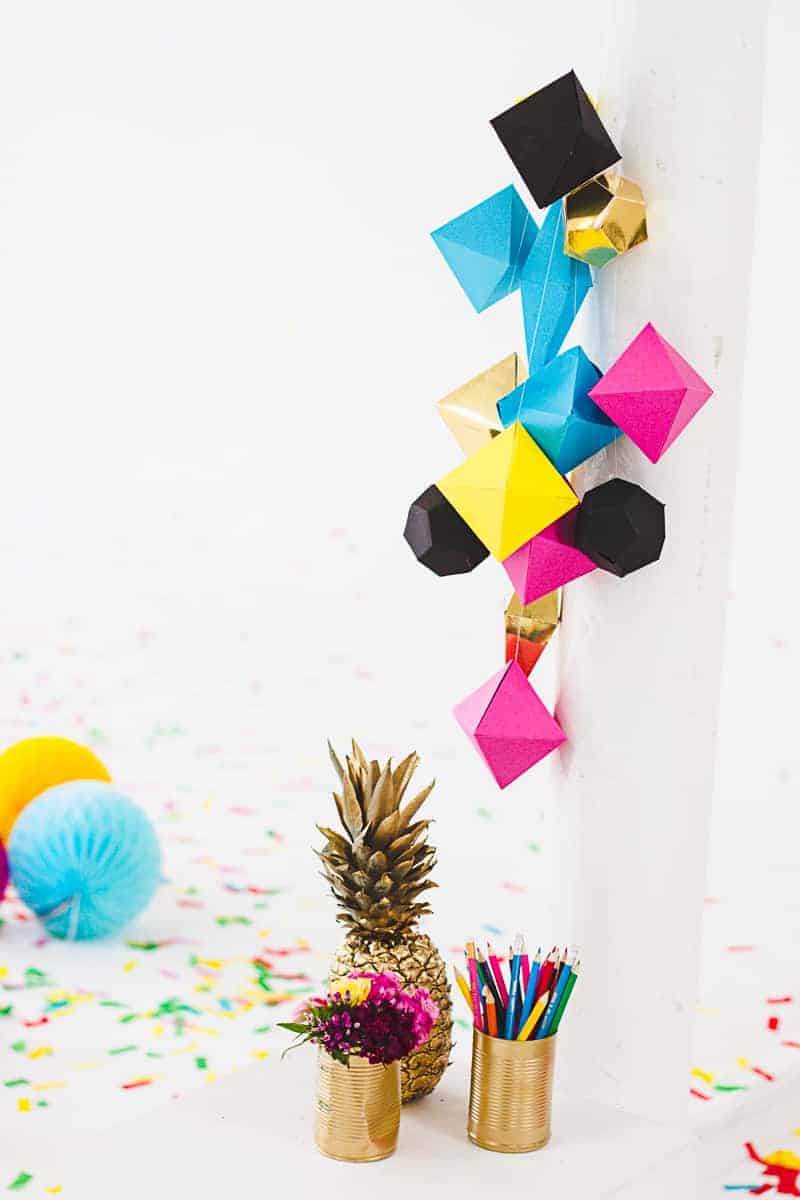 You might remember a few years ago I went along to the first Blogcademy class in London and it was MIND BLOWING, attending the class helped our blog no end so when Kat got in touch to ask if we’d be interested in styling up the venue this year we were honoured and equally terrified! We’d never styled anything other than our living rooms for mini photo shoots so to style an entire venue was pretty epic for us. Of course we couldn’t pass up a challenge so we said yes then quickly got a Pinterest board together (obviously!) 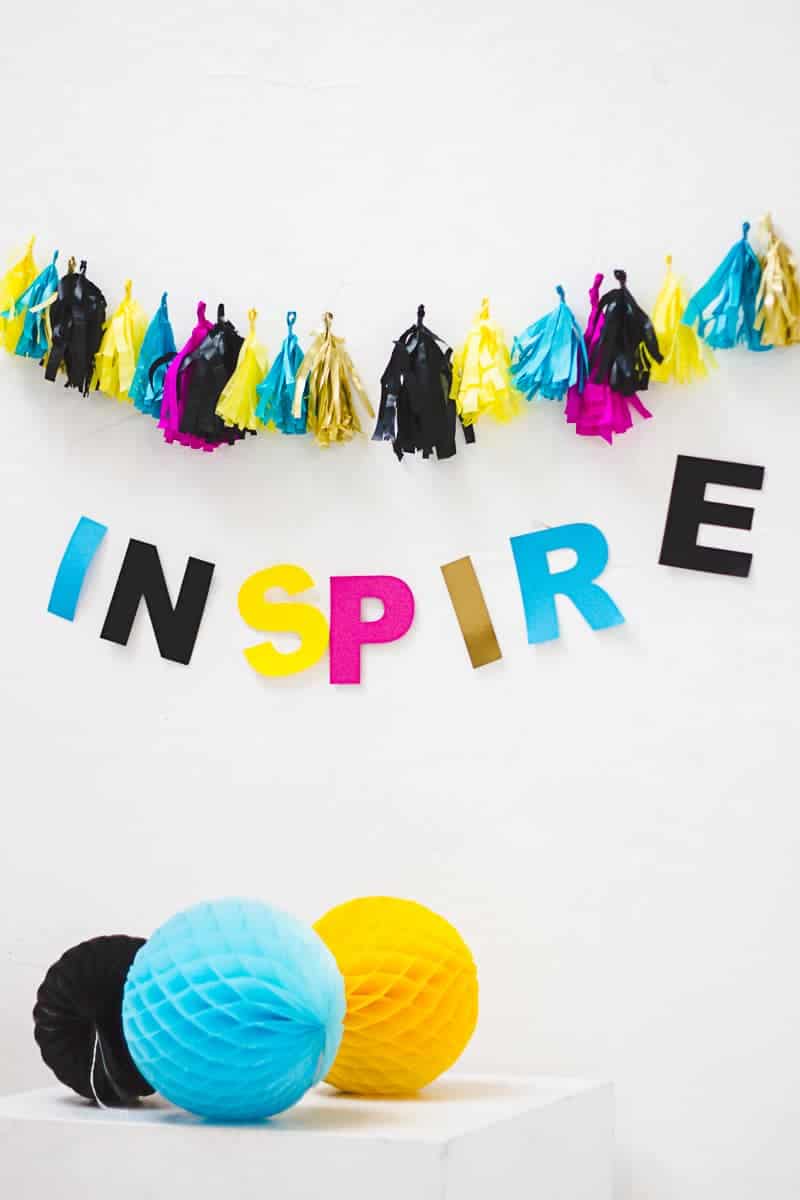 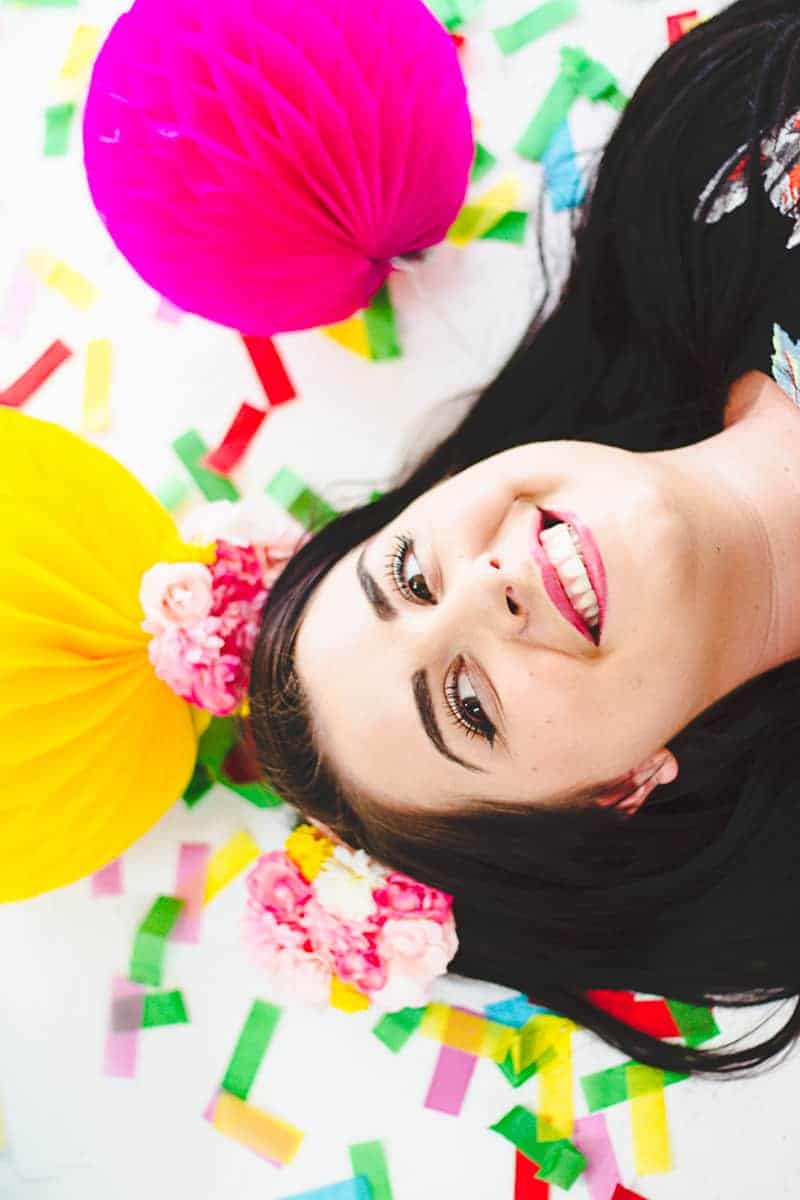 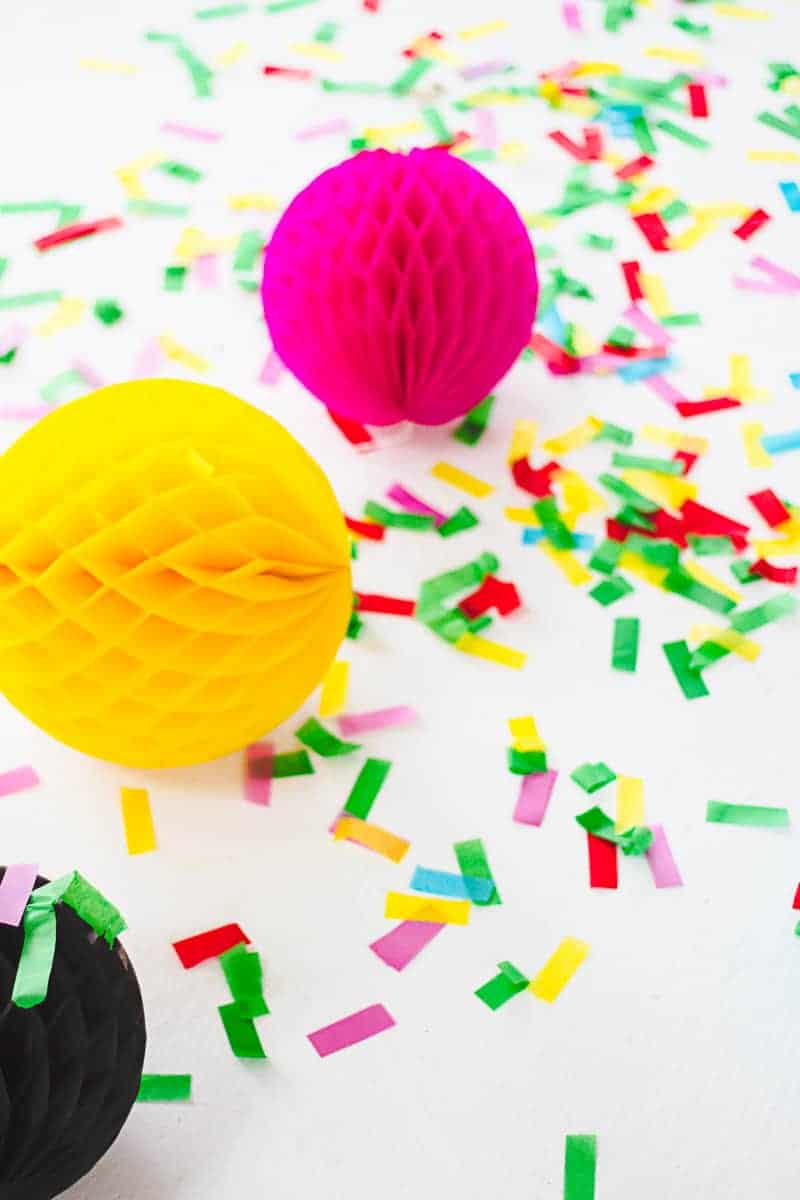 The one thing Kat really loved was this backdrop we had created before, so we got to work on thinking how we could create this on a bigger scale. We had used a big white board before but it would have been impossible to transport so we faced the fact that we should create it on the morning, we obviously couldn’t glue our triangles to the wall though like we did on our board so we decided double sided tape would be our new best friend! And so, around 300 triangles were made using our brand new Cricut Air in all shapes and sizes ready to make our epic photo back drop! 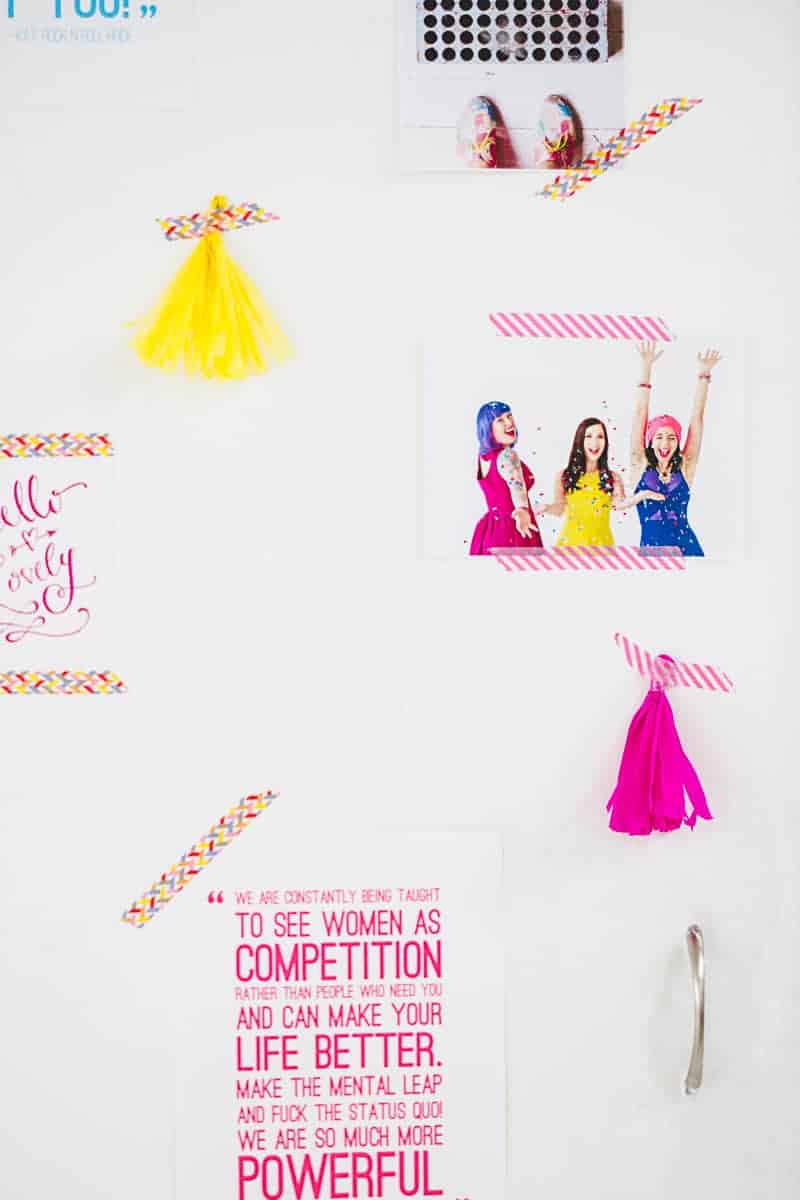 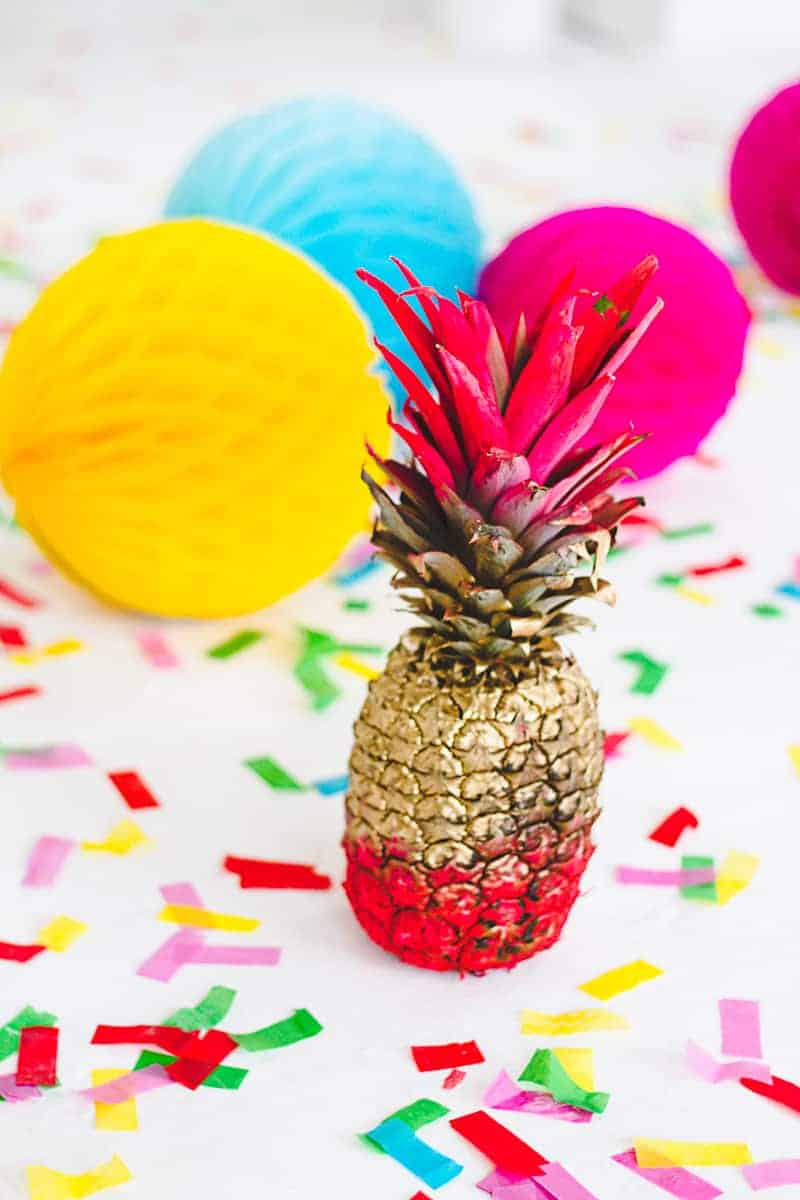 We also spent the week before the event, creating geometric shape mobiles, word banners, honeycomb balls, tassel garlands and we even spray painted a bunch of pineapples and tins ready to place around the venue and style with flowers!

When we arrived at Curtain Road Studios my immediate thoughts were how big I had forgotten it was! It’s a massive venue and I wasn’t sure we had made enough decor but since it’s basically all painted white I figured the small pops of colour we did have would really stand out! The backdrop was obviously our main priority upon arrival and folks…let me tell you, I don’t know if it was because it was particularly humid that day or whether the double sided tape we had bought was shite but whatever it was, the triangles just would not stay on the wall! Despite all of Emily’s and Reshmi from Anges De Sucre hard work at trying to keep the triangles on we basically had to scrap the whole idea at the last minute! Boo we were so gutted! 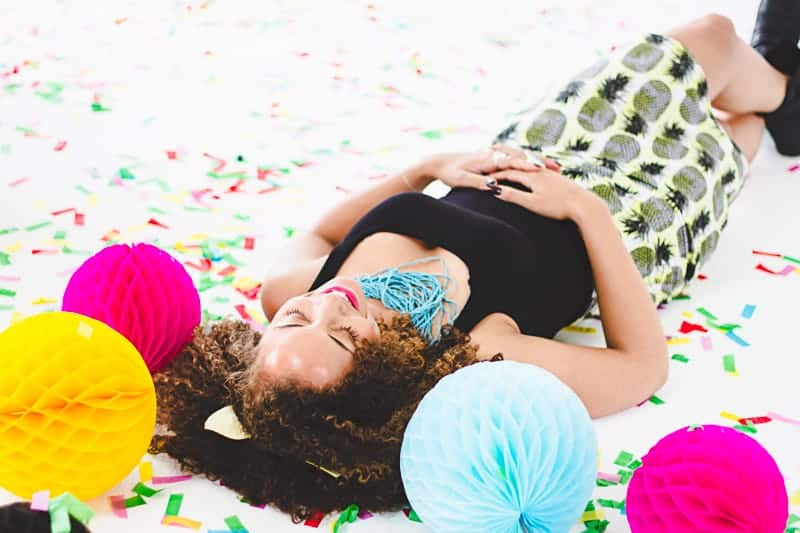 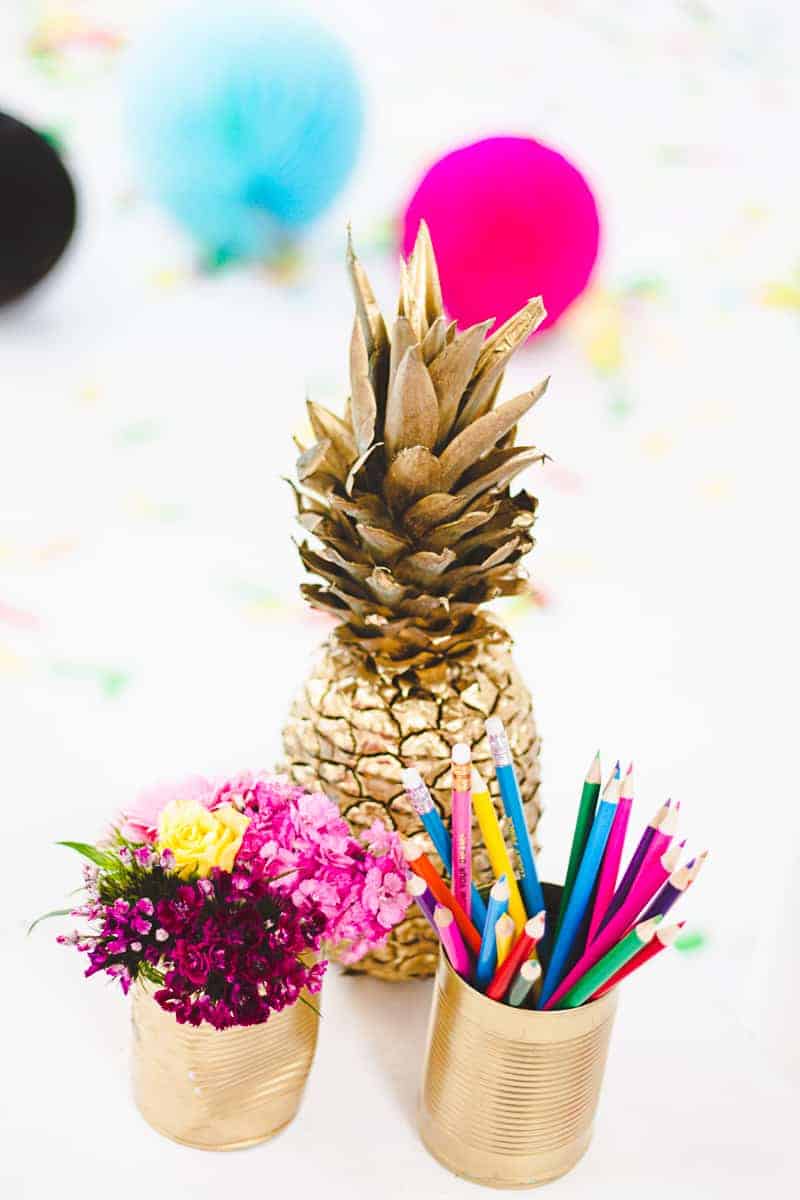 Meanwhile me and Jess from Jessica Says were unfolding honeycombs, putting up garlands and creating a mini ‘inspiration board’ of quotes and photos while Sophie from Crown & Glory styled all the flowers in our tin cans!