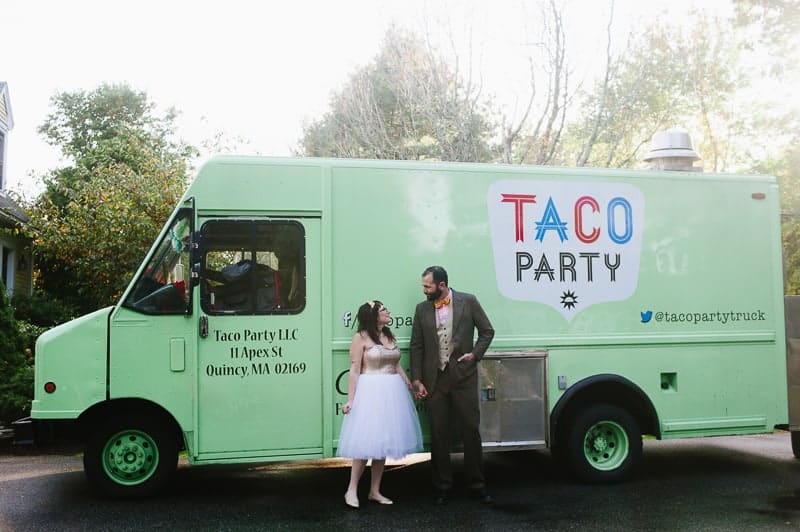 Things are about to get very autumnal around here! Believe me, I am trying to hold on to the last days of summer as much as anyone, but we can’t fight it for much longer, fall is right around the corner! So to get you geared up and ready we couldn’t resist sharing the story of Emma & Tom, two cool cats from Boston who were looking to make their wedding fun, quirky and unique. 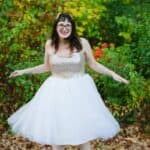 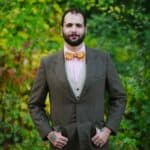 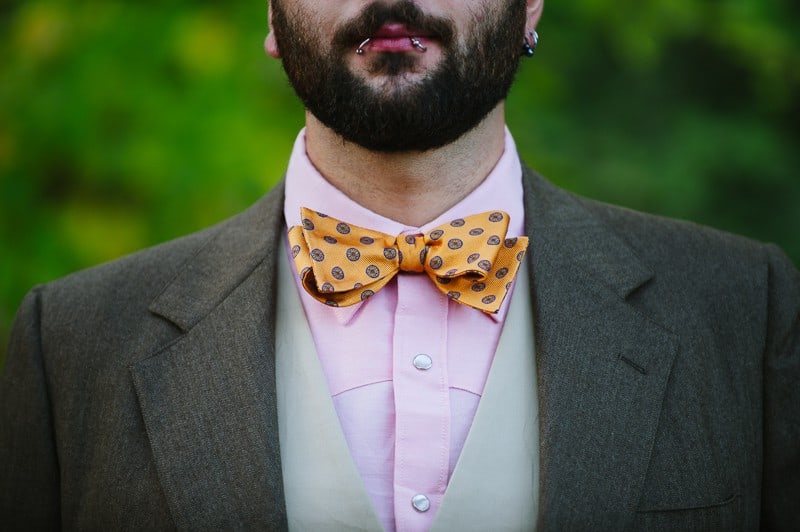 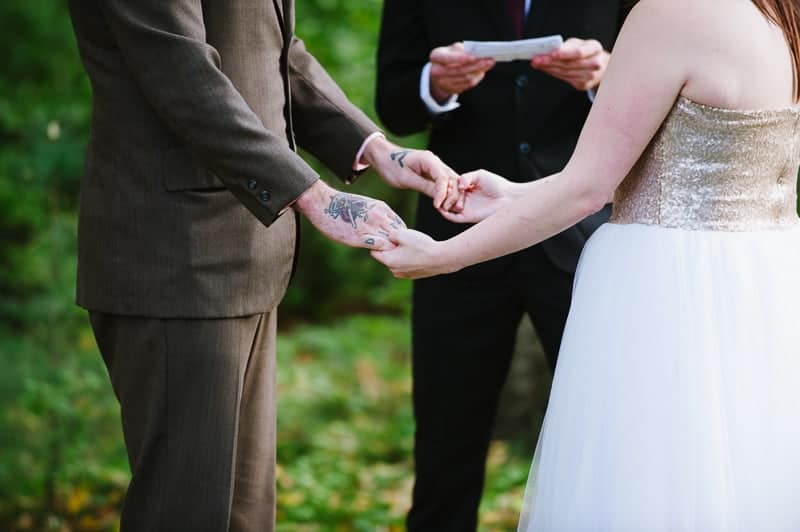 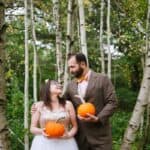 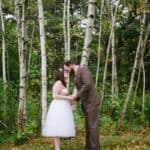 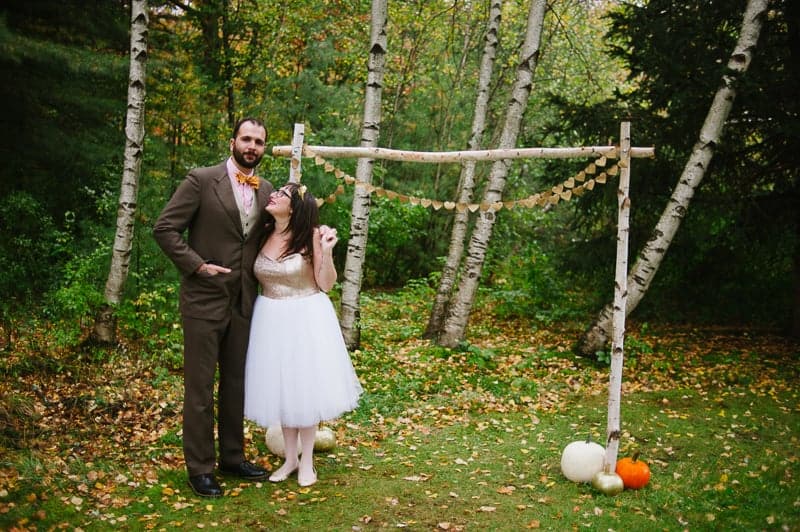 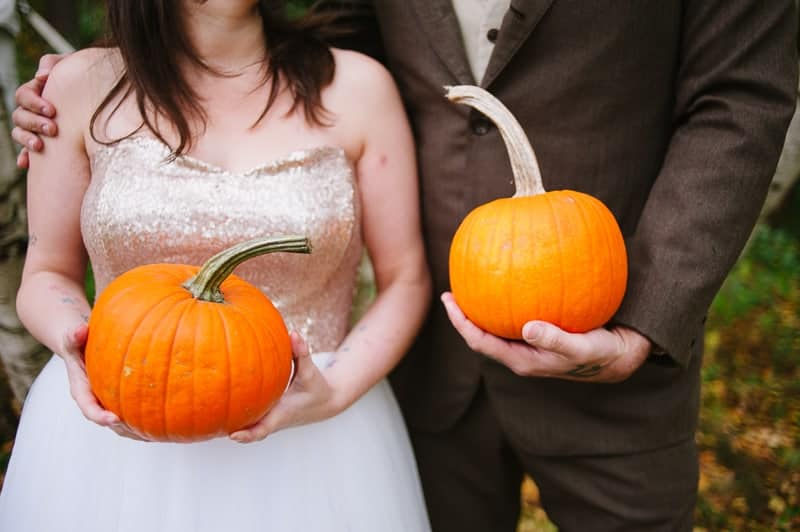 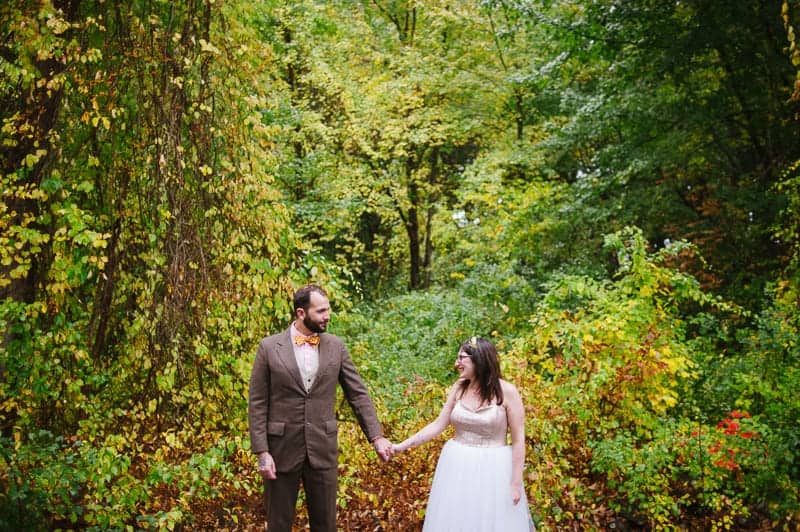 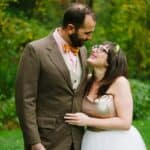 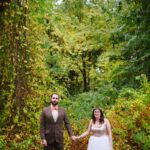 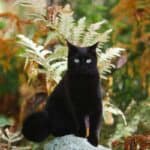 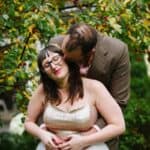 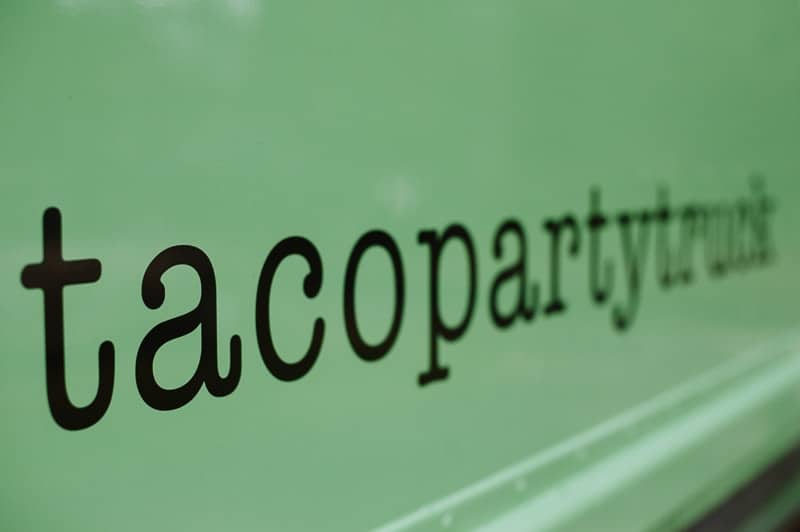 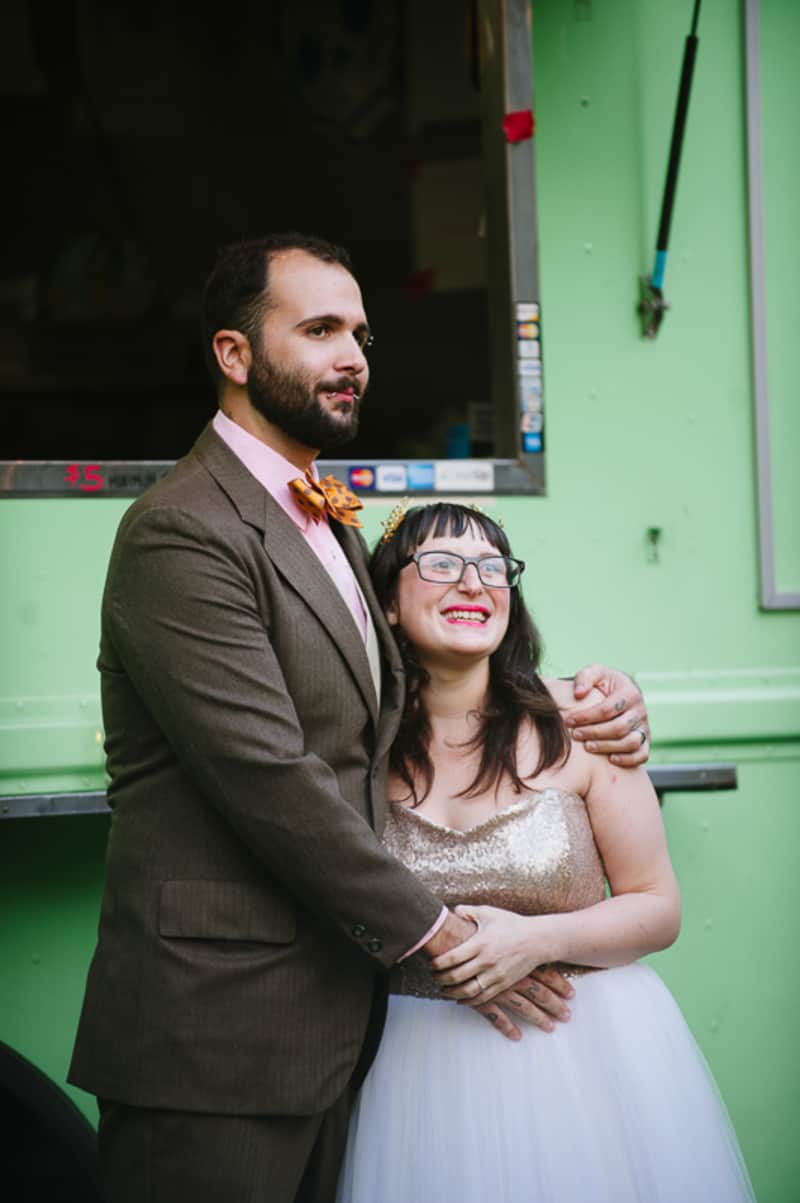 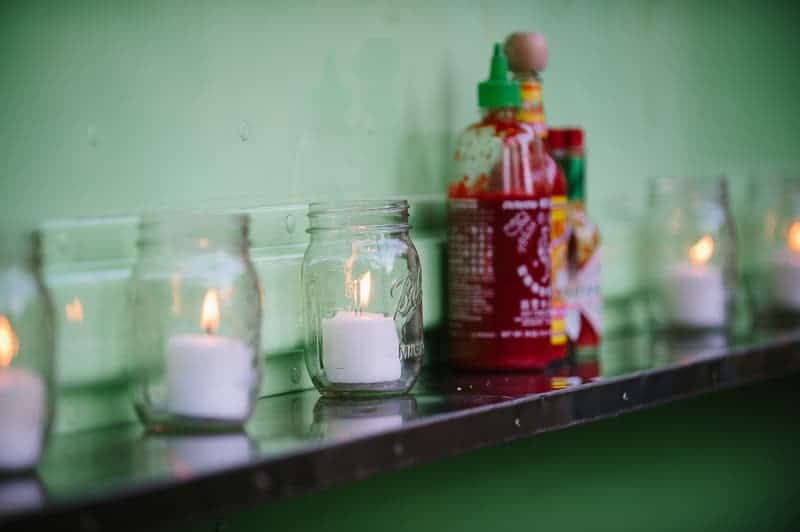 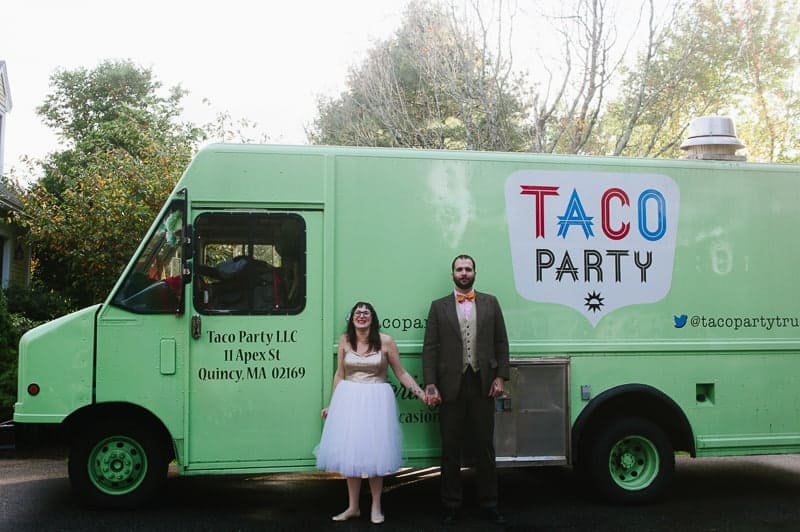 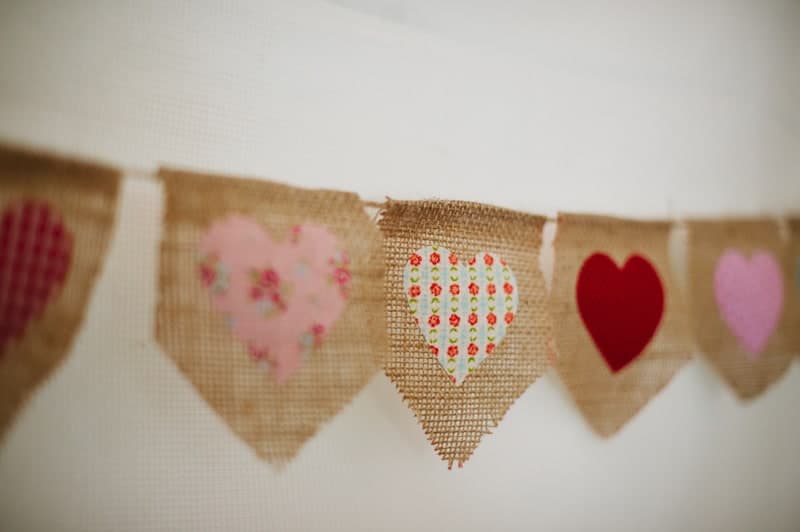 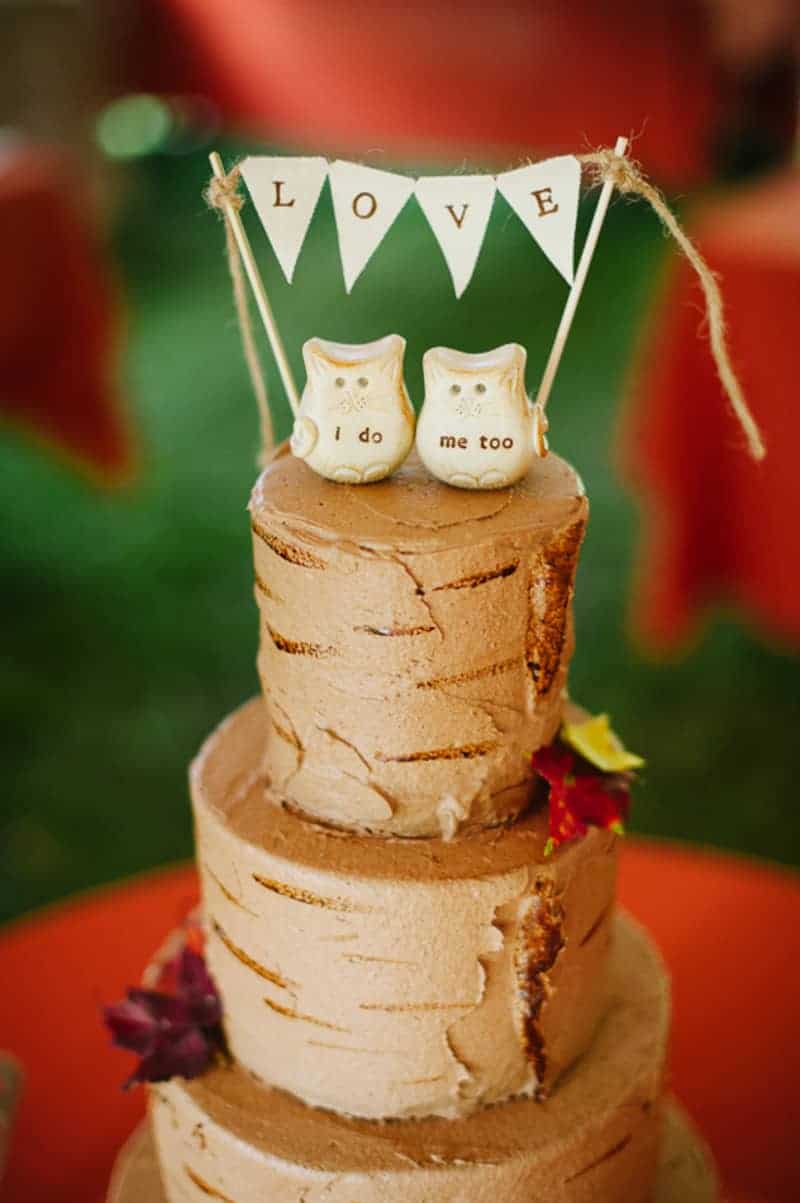 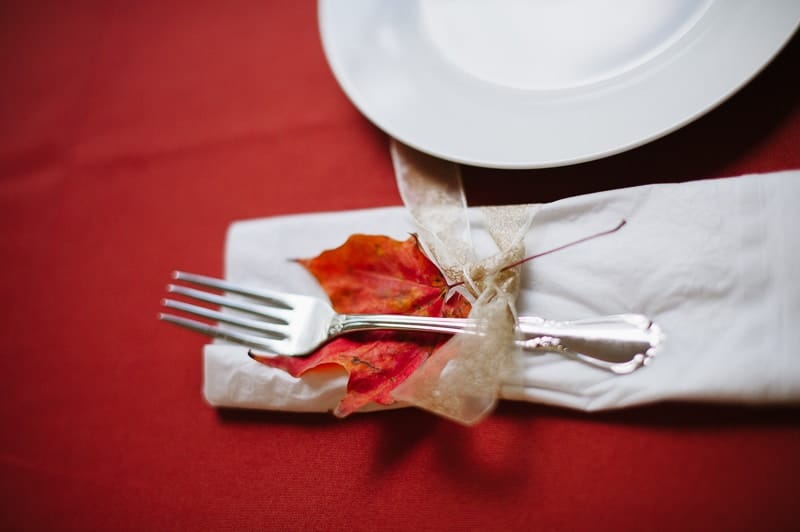 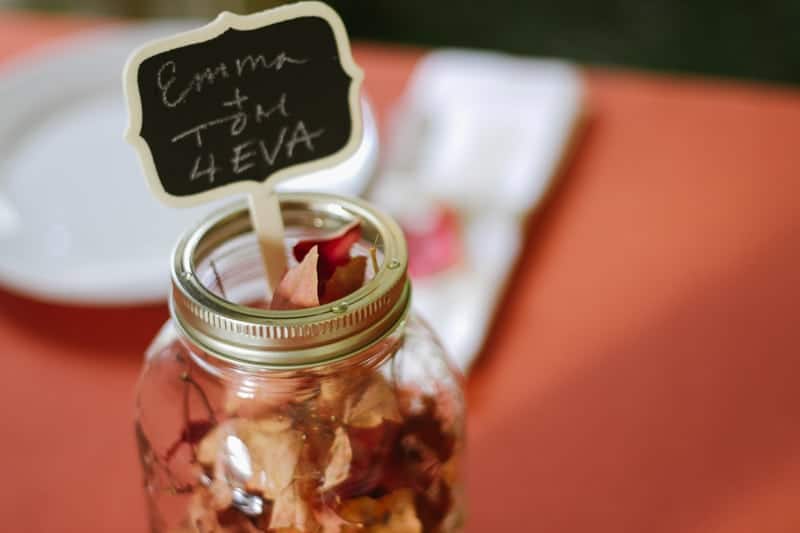 Food was a priority and so they hired Taco Party, a food truck in Boston that they often visited. Now Taco Party is no ordinary food truck but a vegan-taste-explosion on wheels! Having vegan and gluten-free foods join the party was super important to Emma and Tom so they also made sure to find a bakery that could offer a vegan and gluten free cake.

“We are both vegan and love food. We live in Somerville , Massachusetts where there is a vegan taco truck and soon to be restaurant called Taco Party. We are regulars and were so excited when they agreed to cater our wedding. We also found hippie chick bakery in New Hampshire to make us a beautiful vegan wedding cake.”

“We knew we wanted a non religious and personal ceremony. We decided against having a wedding party and instead chose to have Tom’s friend Jordan marry us and have our friends and families help out in various other ways like setting everything up and helping with the music. Music is important to both of us and we carefully selected songs and made a very long playlist. We played ‘somebody’s getting married’ from the Muppets Take Manhattan during the ceremony, walked down the aisle together to ‘Hophipolla’ by Sigour Ros and played a wide variety of music including Sleater Kinney, Le Tigre, Lighting Bolt, Drop Dead, various songs from Broadway musicals and the Twin Peaks soundtrack and Taylor swift.”

“Me and Tom both love to express ourselves through clothing, so we were both very excited to pick out wedding outfits. I got my dress online from Cleo and Clementine. It was exactly what I was looking for, I wanted a dress that was partly gold, sparkly and girly but with a vintage sensibility and I got a gold leaf headband from Heart of Gold Designs. I wasn’t even looking for something to wear in my hair but I wanted it as soon as I saw it. Tom mostly prefers to buy second hand clothes for ethical reasons and found a Brooks Brothers suit at a store in Somerville, MA called An Affordable Wardrobe. He got a pink cowboy shirt and a vest at The Garment District in Cambridge, MA and to finish off his outfit he found Doc Marten shoes at Sudo Shoes in Cambridge.”

They met their photographer, Olivia Gird, at the Lovesick Expo amid other out-of-the-box vendors, cocktails, aerial acrobats and burlesque dancers. ” When they told me all about their backyard wedding in New Hampshire that they were planning including fall colors, gold pumpkins and vegan treats. A small, fun party surrounded by their closest friends and family that reflected their personalities, I couldn’t wait” she told us.

“Olivia really represented the look that we were going for” Emma continued. “It truly was a special day that we will never forget!”

Leave a Reply to Wedding in Santorini Greece Cancel reply