‘How can I make my engagement shoot more unique’? Is a questions we have been asked more than once. You will be surprised at the number of brides that don’t think they are ‘cool’ enough, which really upsets me as being a unique bride isn’t about looking or being cool or alternative. It is about personality and celebrating the love that got you to this very moment.

With this in mind we thought it time to bring in the professionals. Wedding industry buddies, Feathered Arrow, Poppyhill Flowers & Be In Love Photography hosted a competition on Instagram, asking couples to share their love stories in order to be in with a chance of winning their own styled engagement shoot.  Cesar & Analu were the lucky winning couple and keen to find out more about their winners, the ladies asked a bit more about them. 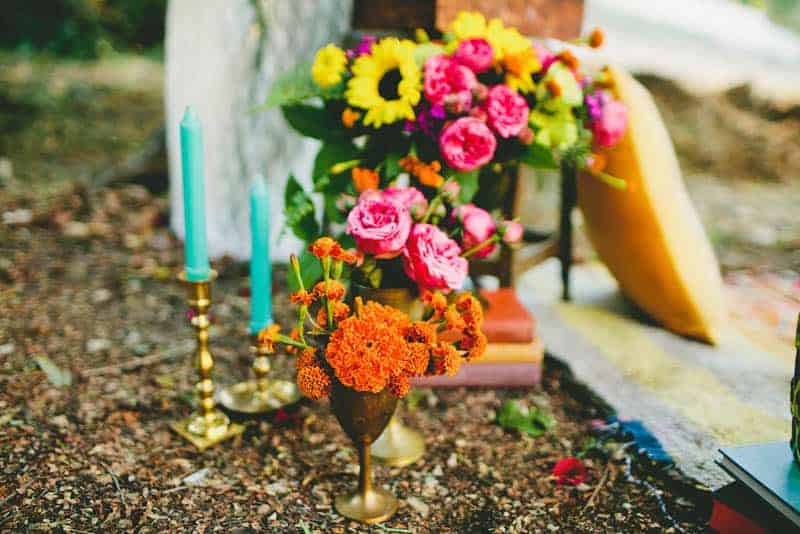 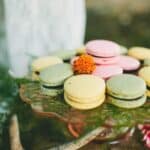 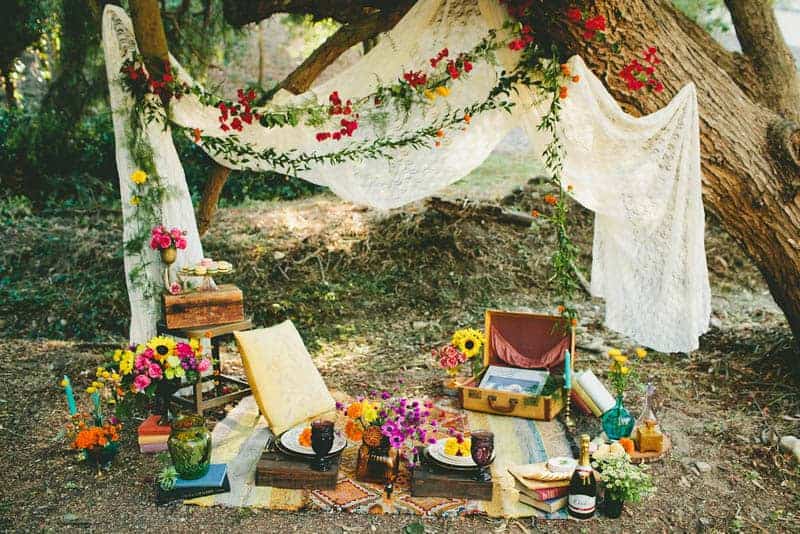 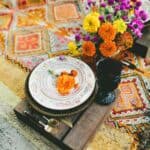 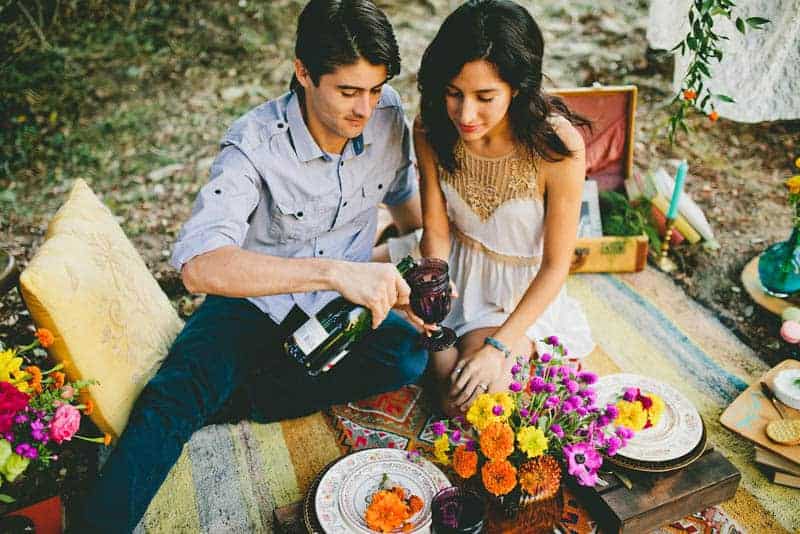 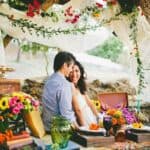 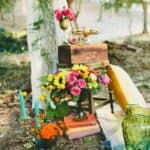 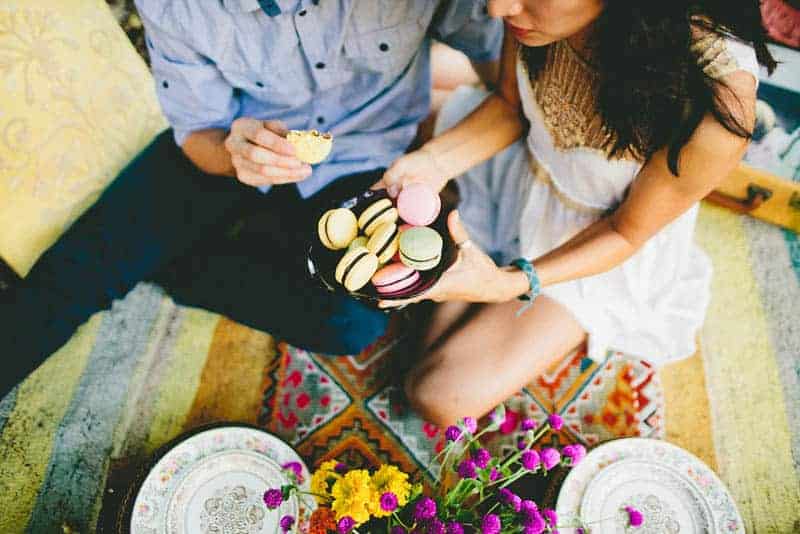 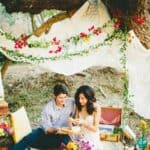 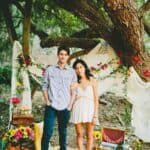 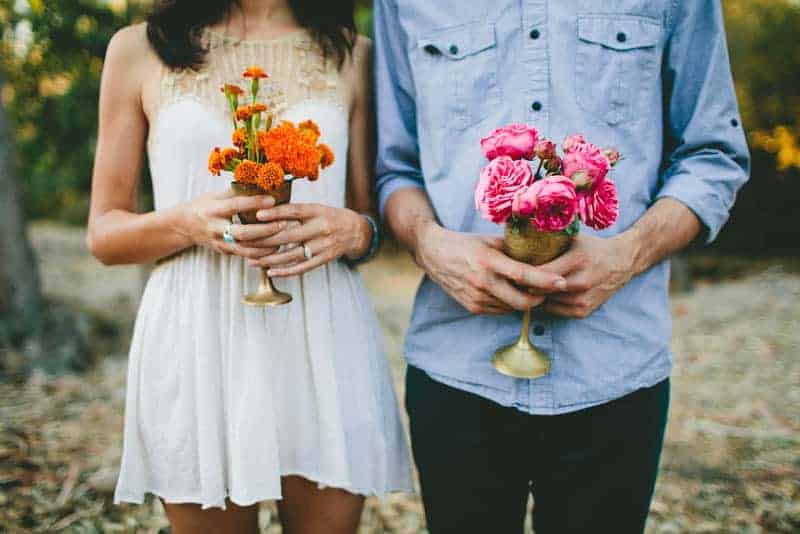 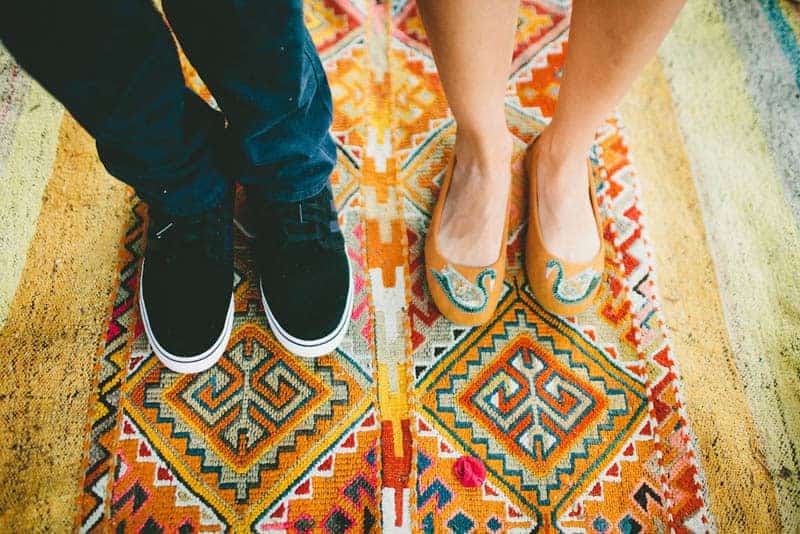 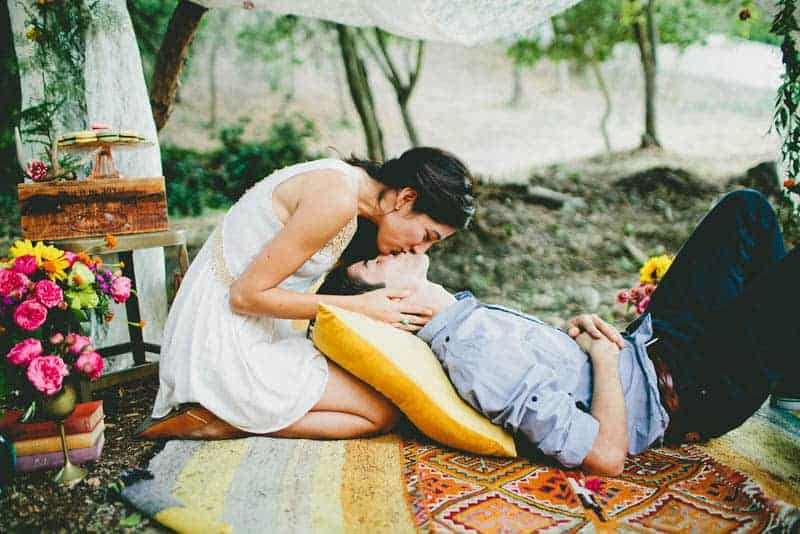 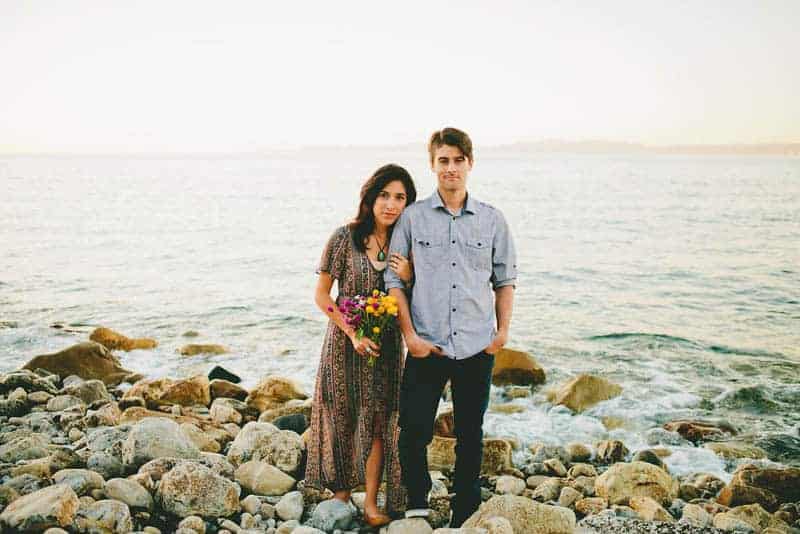 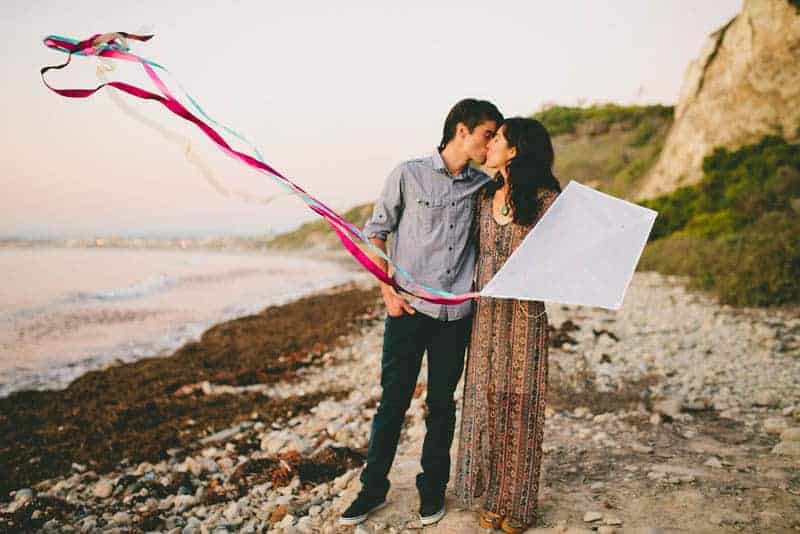 “One night in a park, the couple made a pact, agreeing to marry each other if they weren’t with anyone they wanted to marry by the time they were 28. They soon realised that they wanted to be more than just friends and have been dating ever since – still as goofy as when they were teenagers, laughing at stupid jokes that don’t make sense and having fun doing the most mundane things.”

“Cesar proposed to Analu in December 2014, on her birthday. His gift to her was an old looking Indian jewellery box. In each of the drawers he had made a teeny tiny scroll, each saying something sweet. When she got to the very last one he had written a note asking her to marry him, with a check box for her to tick either yes or no.”

Using their own unique love story the hosts set about, creating a styled shoot that would complement the couple’s personalities and their love for one another.

“After hearing their story and learning more about each of them, we decided we needed to do a styled shoot somewhere that gave the couple a carefree feeling.” Kari, continued.

“We landed on a spot in the woods and the shore of the beach. Our theme was meant to be fun + whimsical boho with lots of bright pops of colour + patterns. Of course we included some vintage, old school pieces to bring in a nostalgic feel to the shoot. We also decided that a kite with ribbon flowing from it was necessary to add to the whimsy feeling and bring out the kid in both of them. Lastly, macaroons were essential to satisfying Cesar’s sweet tooth.”

“Ultimately, we wanted the couple to walk away just having enjoyed being in such a fun setting.” Kari concluded.

“We knew the bright colours would add to the excitement of the shoot and in the end allow us to capture them as a couple and tell their story + their love perfectly. We wanted people to see these photos and walk away feeling inspired, in love with the details, and able to create their own style and incorporate the things that matter most to them in a shoot. Analu + Cesar were a joy to work with + the photos share that joy!”

Should You Propose on Valentine’s Day: 9 Pros and Cons to Consider
January 12, 2023