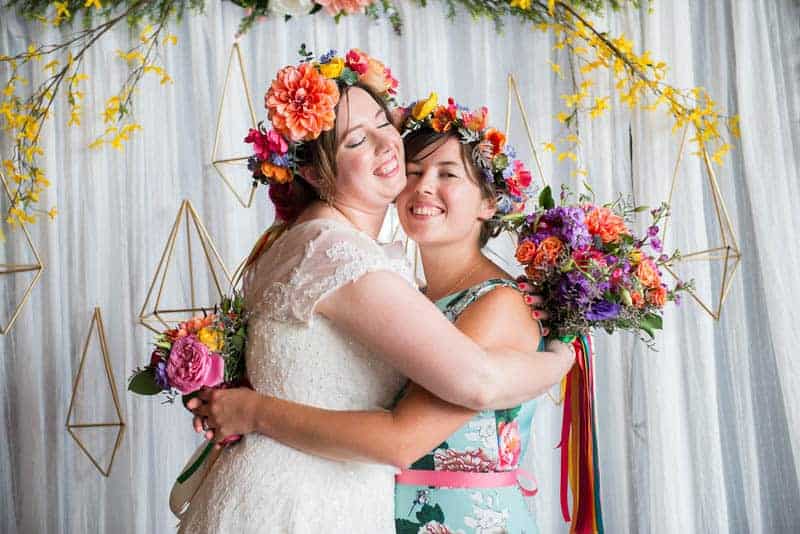 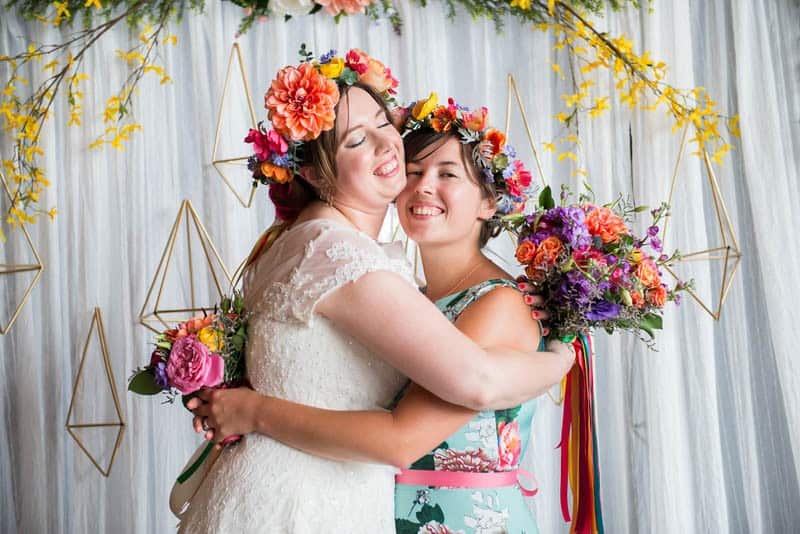 Erica and James eloped earlier in the year, in a small ceremony in Downtown Durham, NC. A totally unique experience,the couple spent the day hanging out a Food Truck Rodeo and local brewery, but the couple still wanted to throw a wedding for their friends and family to celebrate. Their priority was to have a wedding that was fun, low-stress, and that represented their life as a couple. 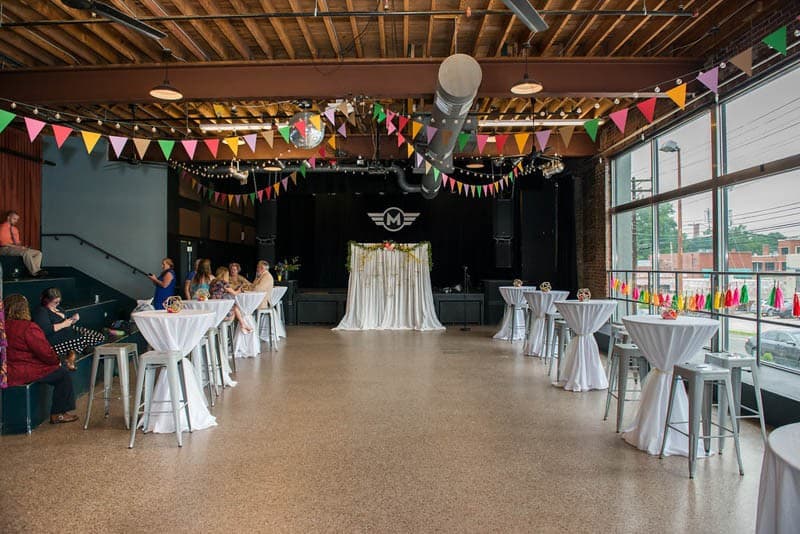 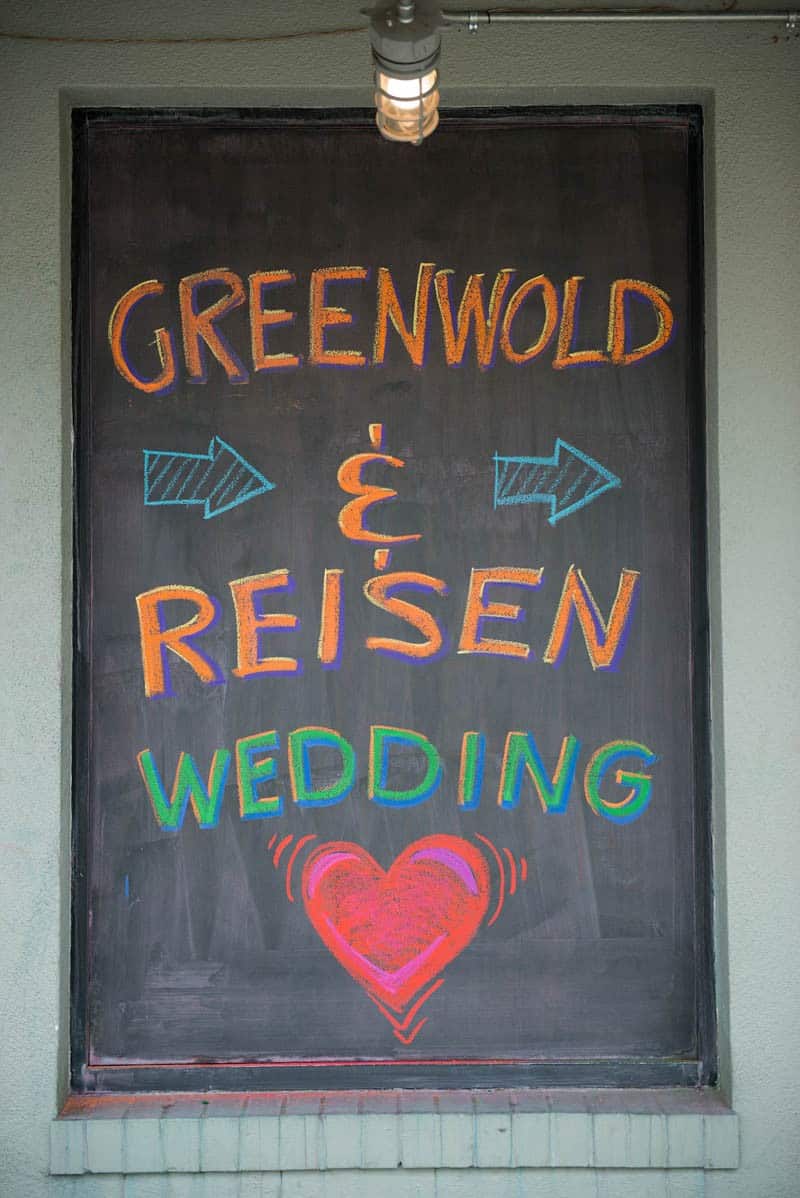 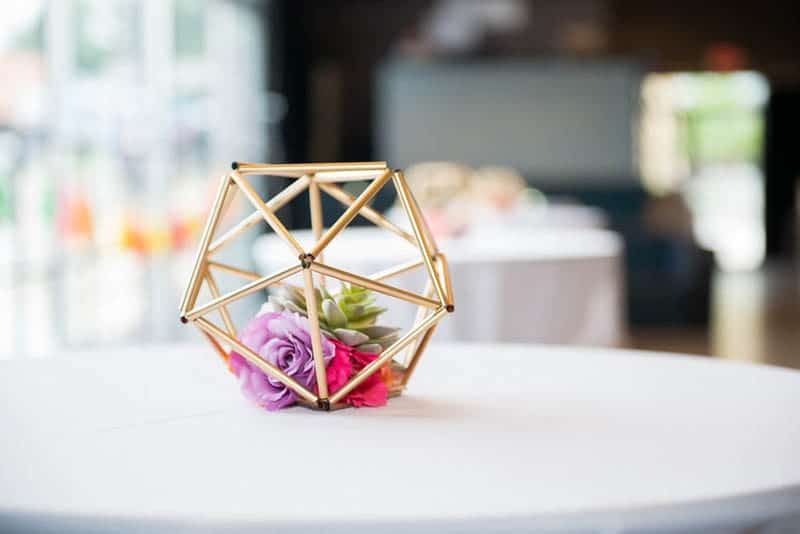 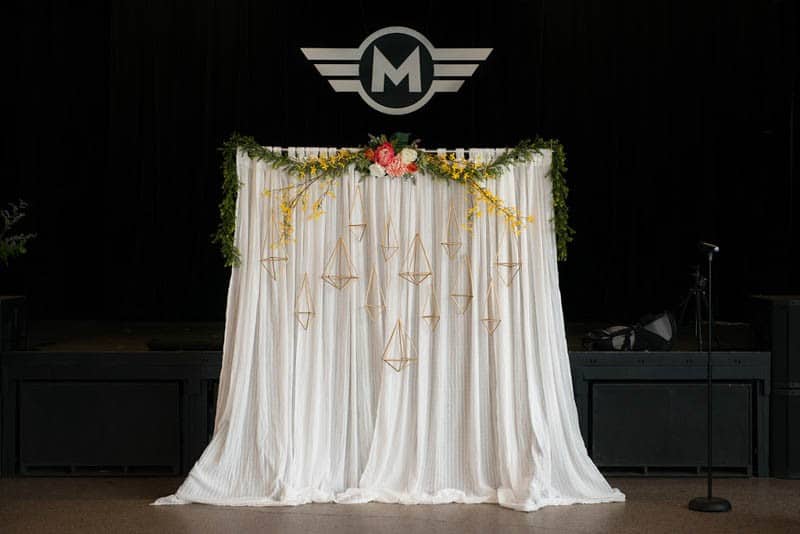 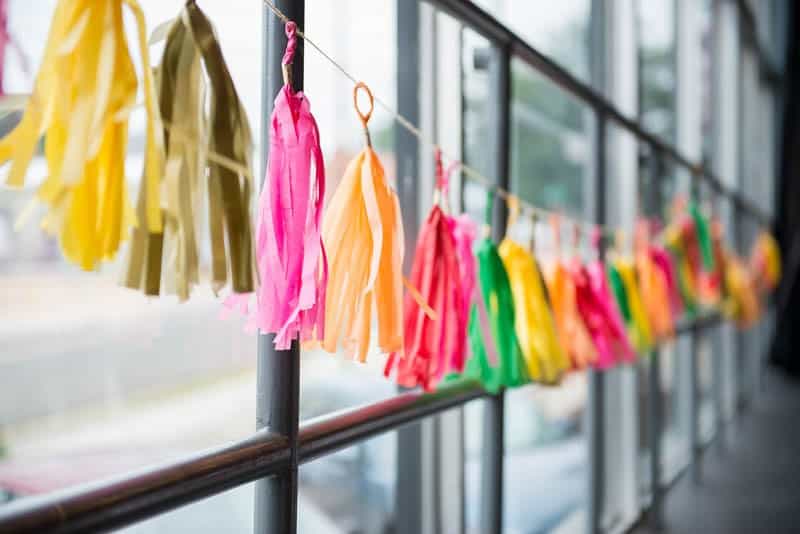 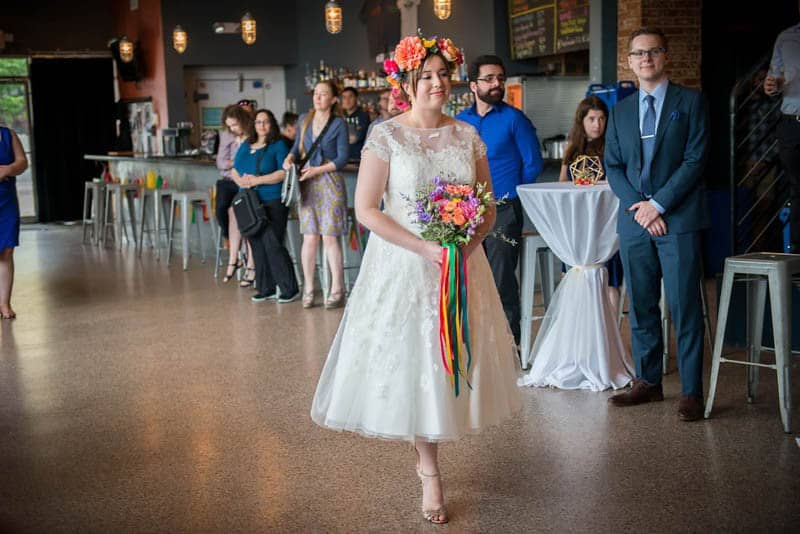 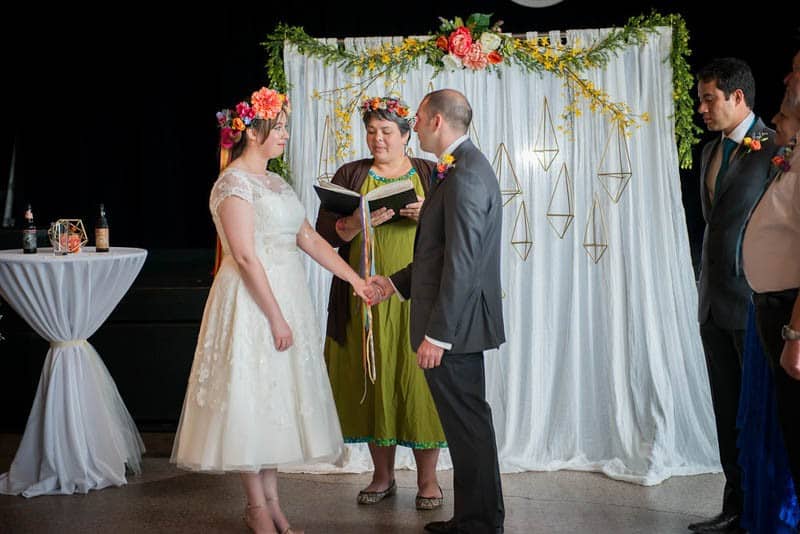 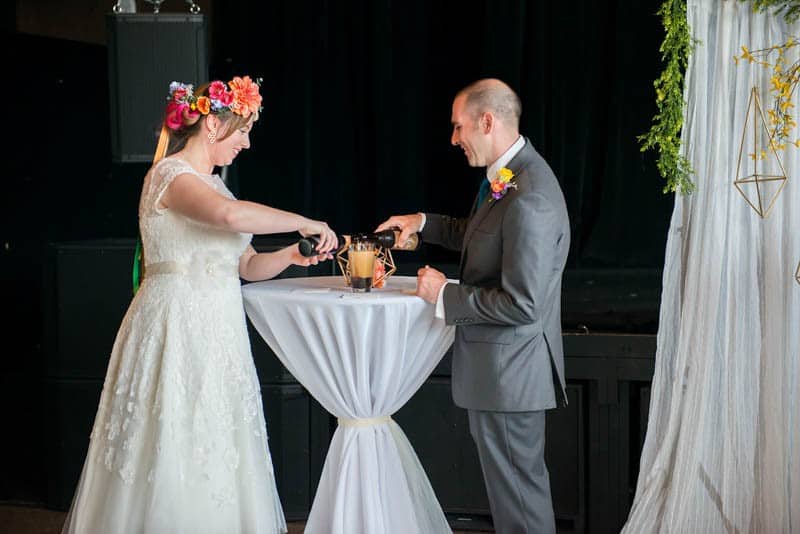 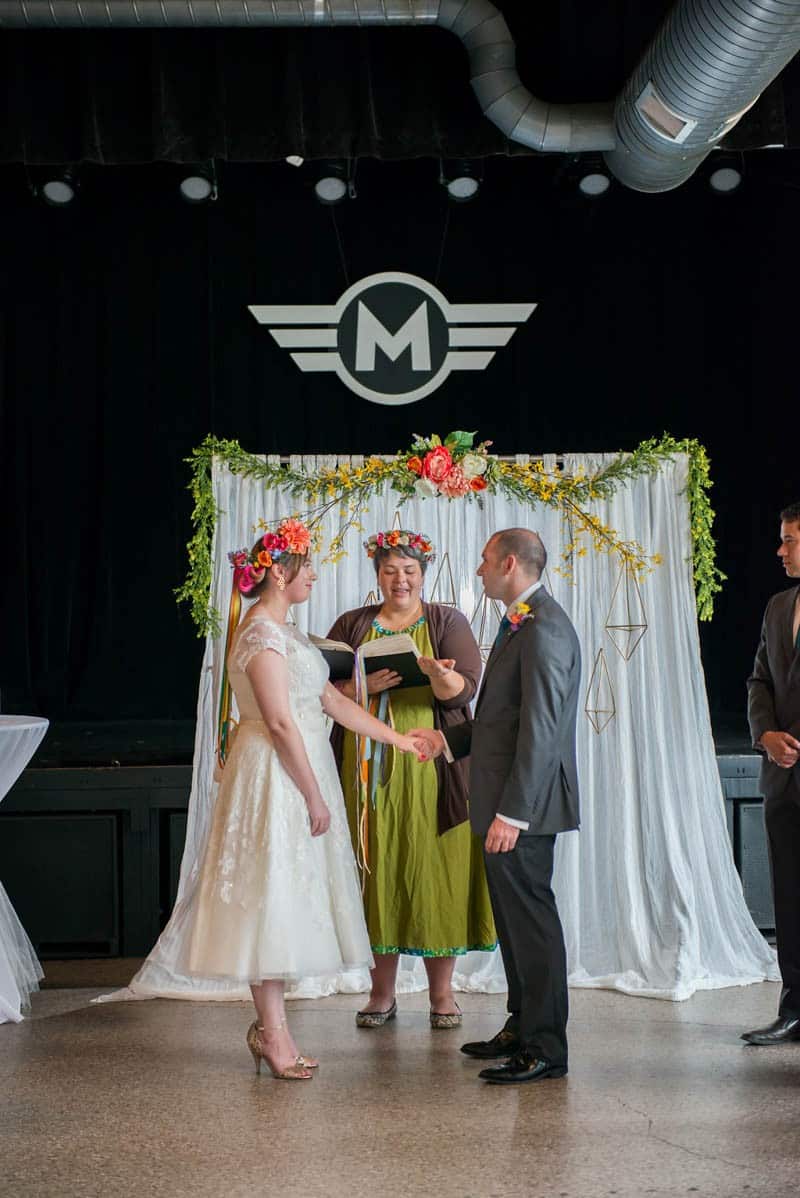 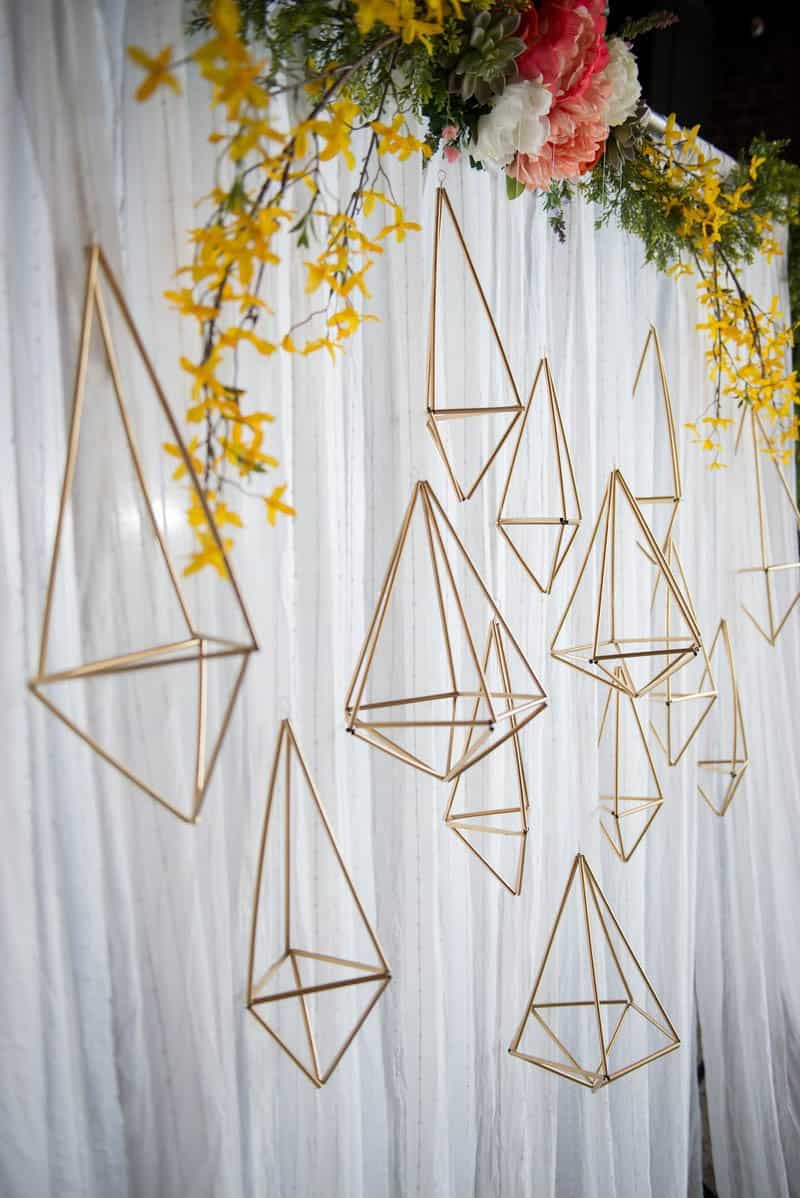 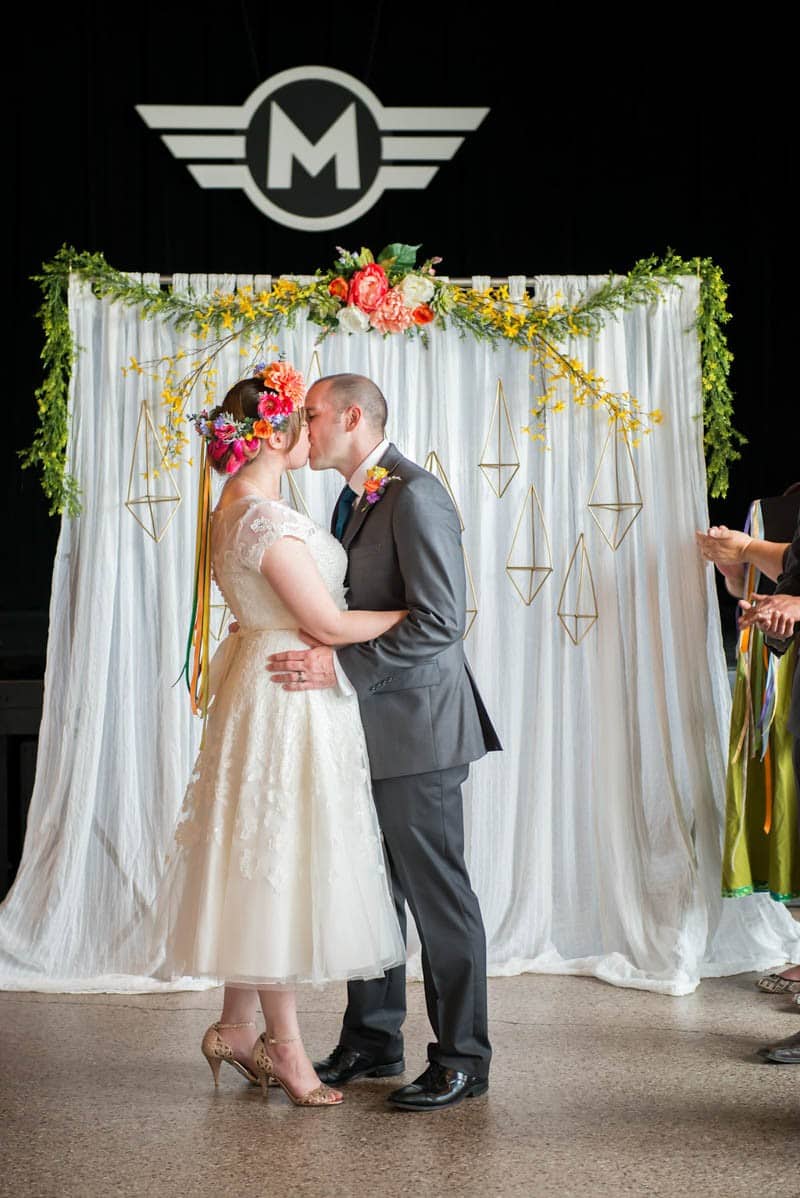 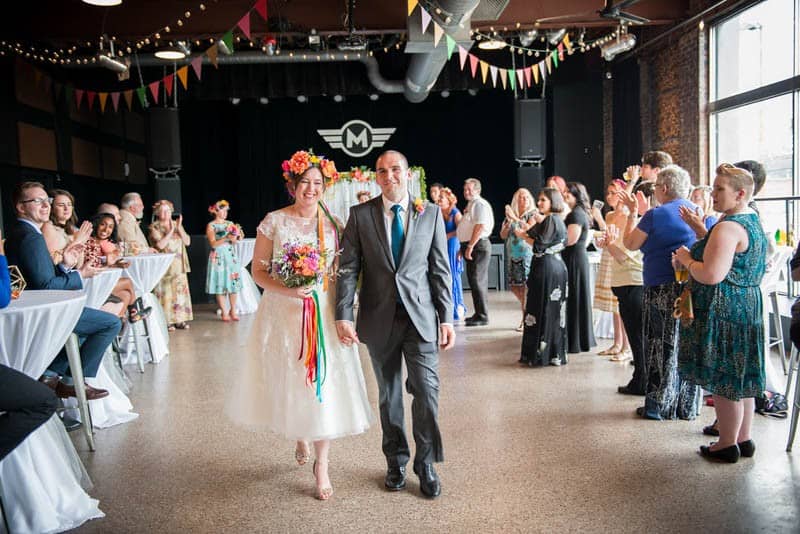 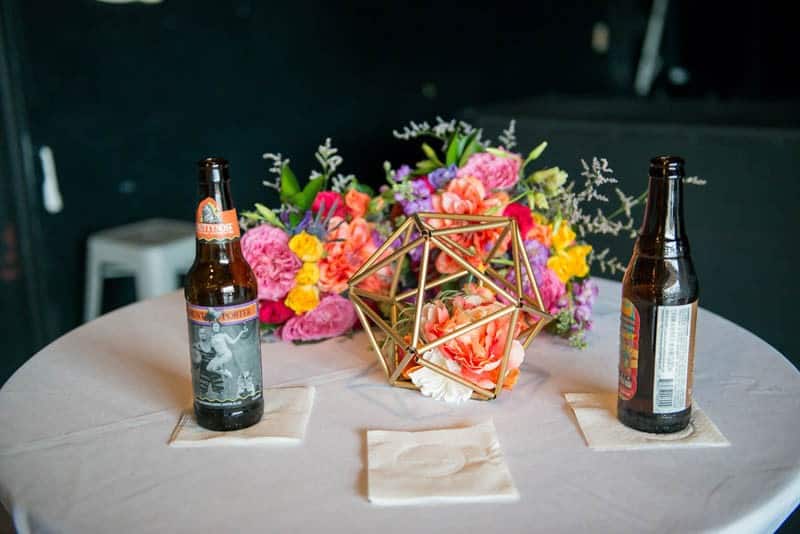 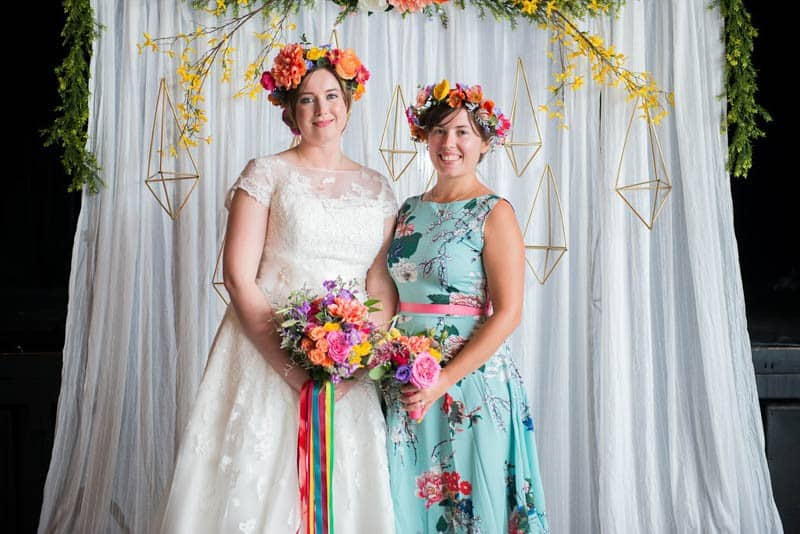 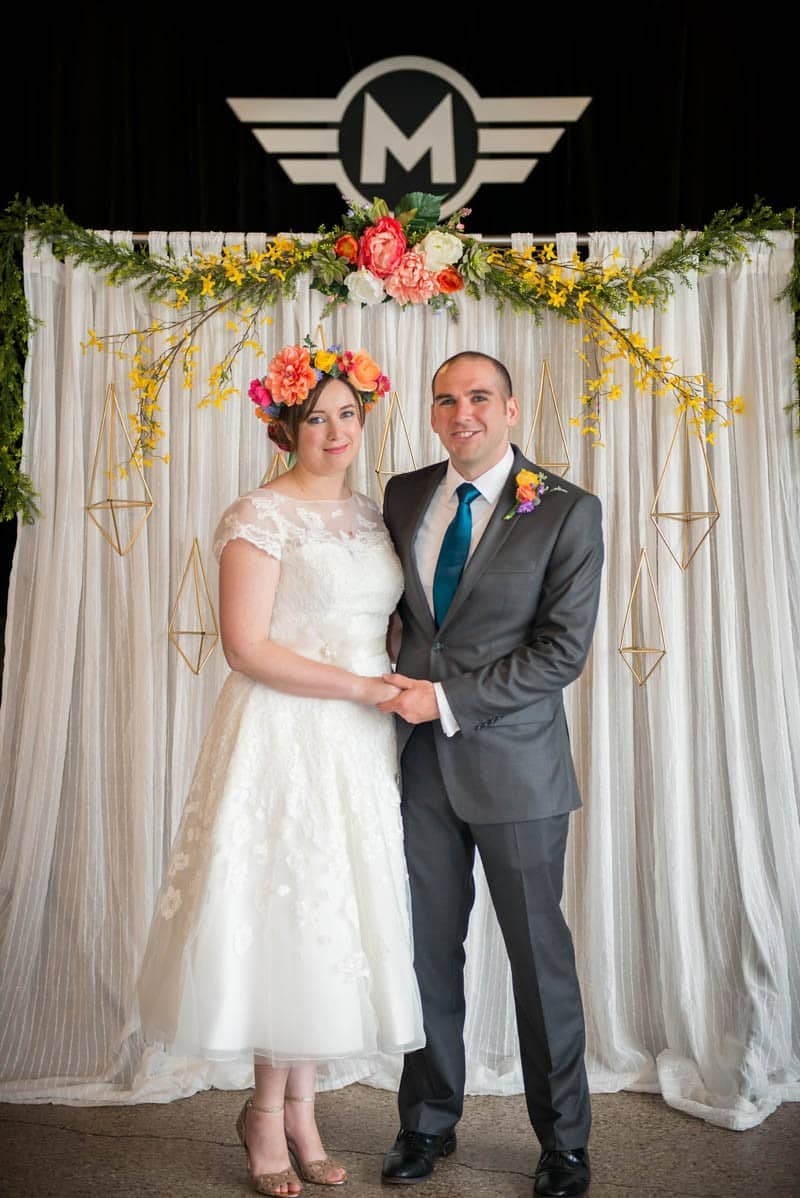 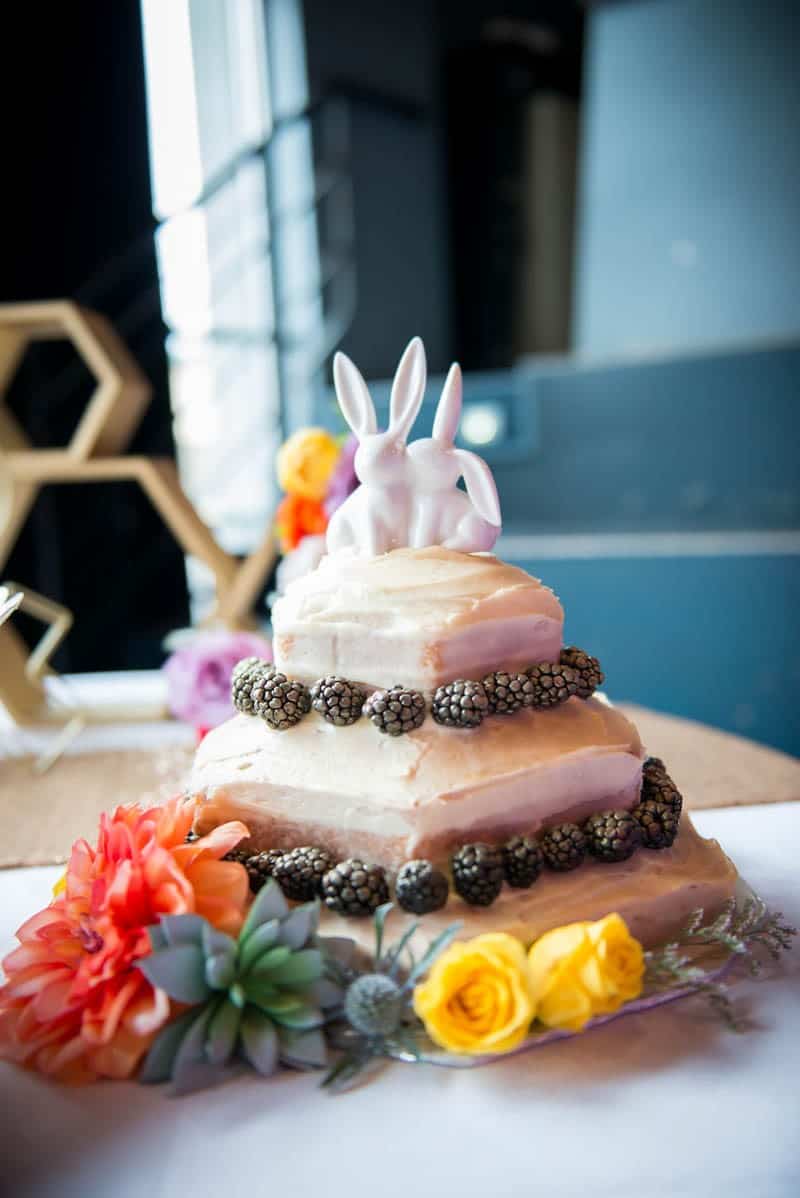 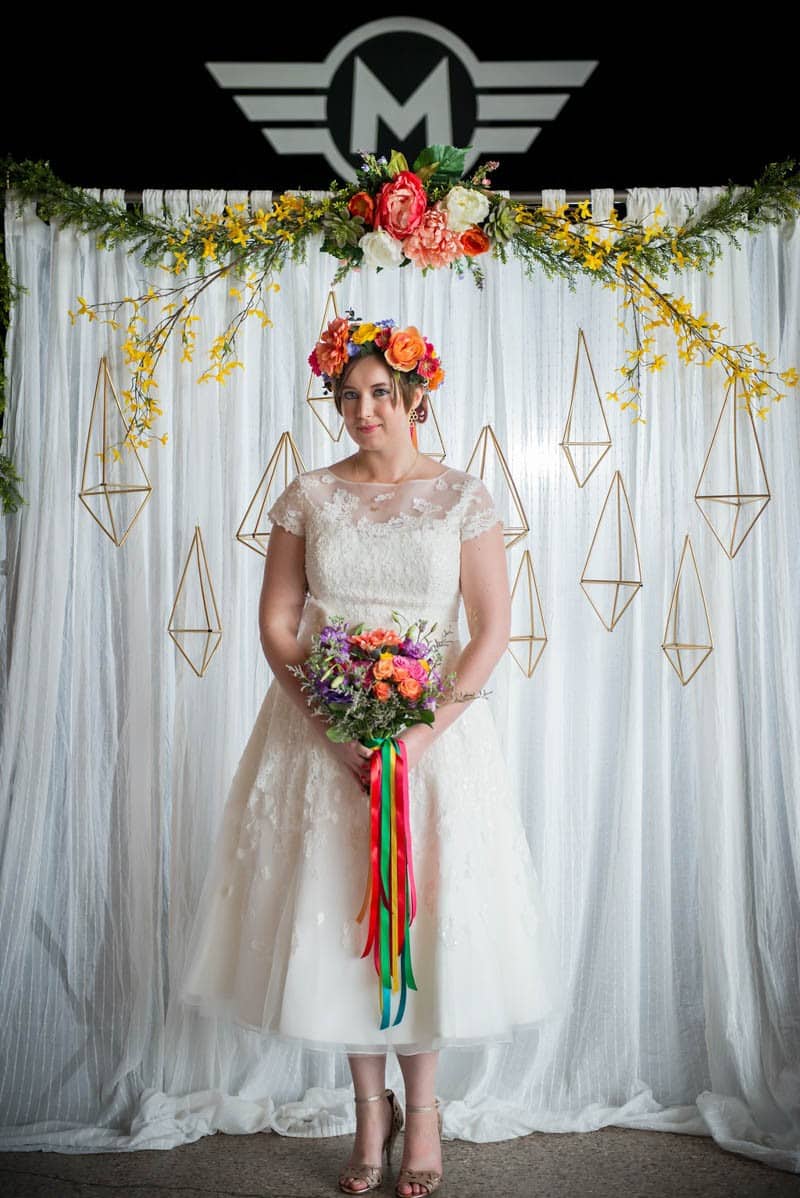 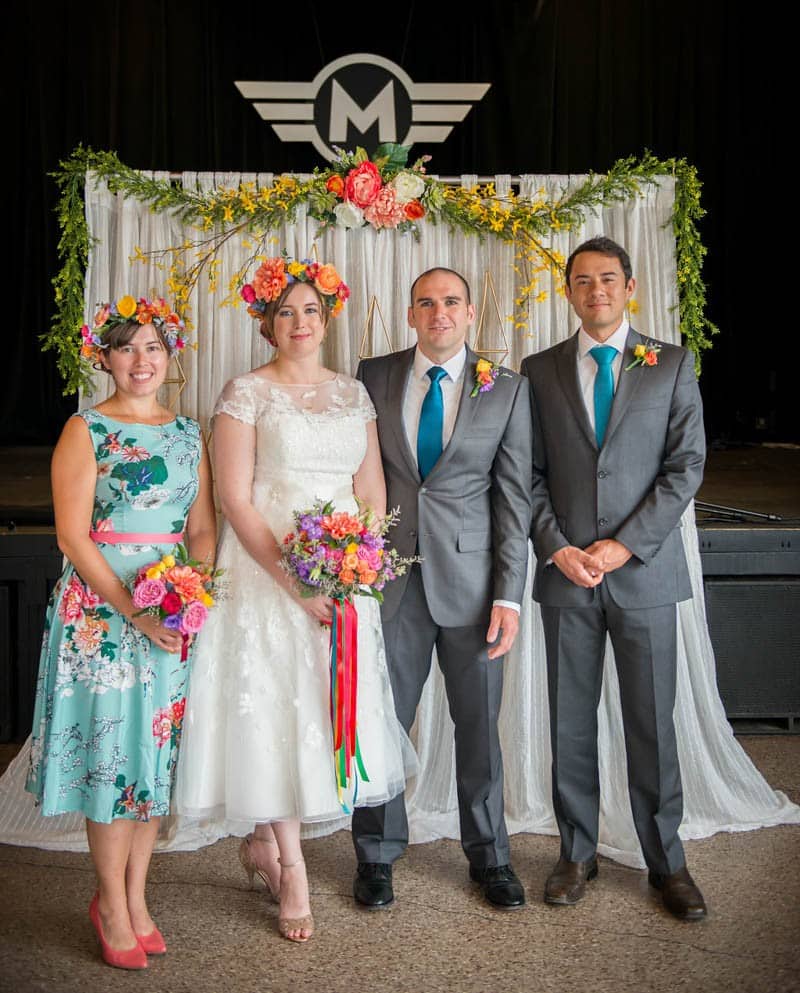 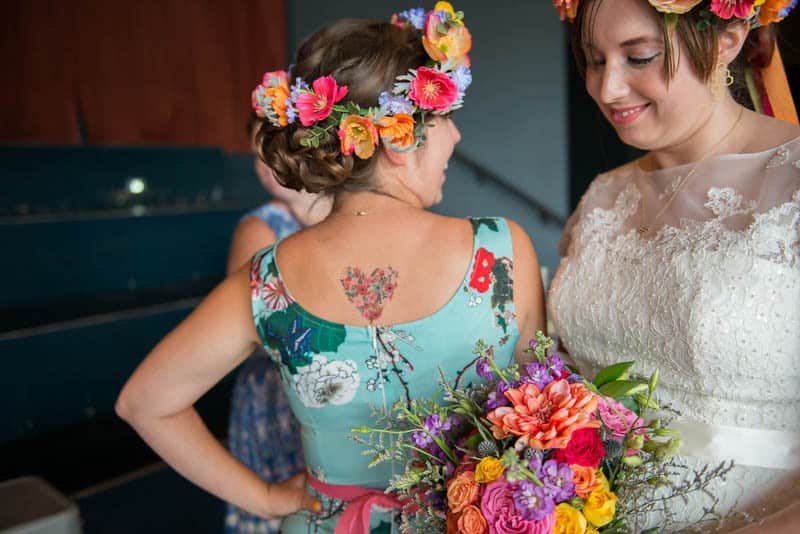 “My husband, James, and I had been discussing getting married and then decided to elope in January 2016 in order to buy a house together. Due to the short notice and the fact that many of our friends and family lived far away, we decided to hold a wedding later in the year for everyone who couldn’t make it to the elopement ceremony.” Erica Began.

“We got right to work planning our wedding party with just 5 months before the date! I will admit to having a slight advantage as I am a wedding designer and planner and have been involved with the wedding industry since 2008, so I had a solid idea of how to pull off a wedding in only a few months and whilst on a strict budget.”

“We spent about $5000 for our wedding with 65 people. We did this by using an atypical venue that also handled catering in house and by cutting out any details or elements that were not important or meaningful to us.” She explained.

The couple chose to hold their celebrations in one of their favorite places to eat and drink on the weekends and the in-house catering was exactly what they were looking for.

“Our venue was Motorco Music Hall in Durham, NC. It was our first choice and really the only venue we considered because we already loved their bar and restaurant. Motorco’s catering menu is an eclectic mix of southern comfort food and international influence, bringing in Korean, Indian, and Central American flavors. The food was one of the main reasons we wanted to hold our wedding with them and the aesthetic fit our vision perfectly”

Although more minimalist in their design preferences, both Erica and James also love bright colors, geometric motifs, and natural elements. So with help from her sister, Erica set about designing and creating all her own decor and florals, including the crowns, using a mix of faux and fresh flowers.

“Motorco Music Hall had hosted a few weddings before and I loved how each couple transformed the space in their own unique way. I designed my decor to work with the space and add pops of color and geometric elements to their industrial aesthetic.”

“James and I are not religious and it was important to have a secular, humanist ceremony for both the elopement and the wedding. Our celebrant created two amazing ceremonies for us. At the wedding we repeated the same vows and added a ring ceremony and a Craft Beer Unity ceremony.”

Erica and James initially bonded over their love of craft beer and board games, having met through a board game meet up group. They decided to incorporate featured beers from one of their favorite breweries, Trophy Brewing, who just happen to make two beers called Trophy Wife, an IPA, and Trophy Husband, a saison. Their officiant, Kenna Covington of NC Secular Weddings, created a Beer Unity Ceremony where they made a Black & Tan which they shared.

“We had an afternoon wedding followed by an after-party at a brewery and then bar-hopping in the neighborhood. The party continued late into the night with food trucks, good beers, friends, lawn games, dancing, and rum buckets!” Erica added.

“The wedding was in the same neighborhood where we had previously celebrated our elopement 5 months earlier, which tied the two events together for us in our memory so that it feels like it was all one big event. Both events also had a similar, casual, hang-out vibe.”

“The whole wedding weekend was a celebration of friendship and love. It really was one of the best and most memorable weekends of my life, everything went according to plan and we had so much fun with all of our favorite people!”

They continued to party with the couple long into the night at an after-party at the brewery across the street and an after-after party down the street at a local club with a dance floor and outdoor yard games. There were food trucks and delicious beers flowing all night.