IT’S ENDOMETRIOSIS AWARENESS MONTH! DO YOU KNOW SOMEONE WHO IS #1IN10 + MY STORY

IT’S ENDOMETRIOSIS AWARENESS MONTH! DO YOU KNOW SOMEONE WHO IS #1IN10 + MY STORY 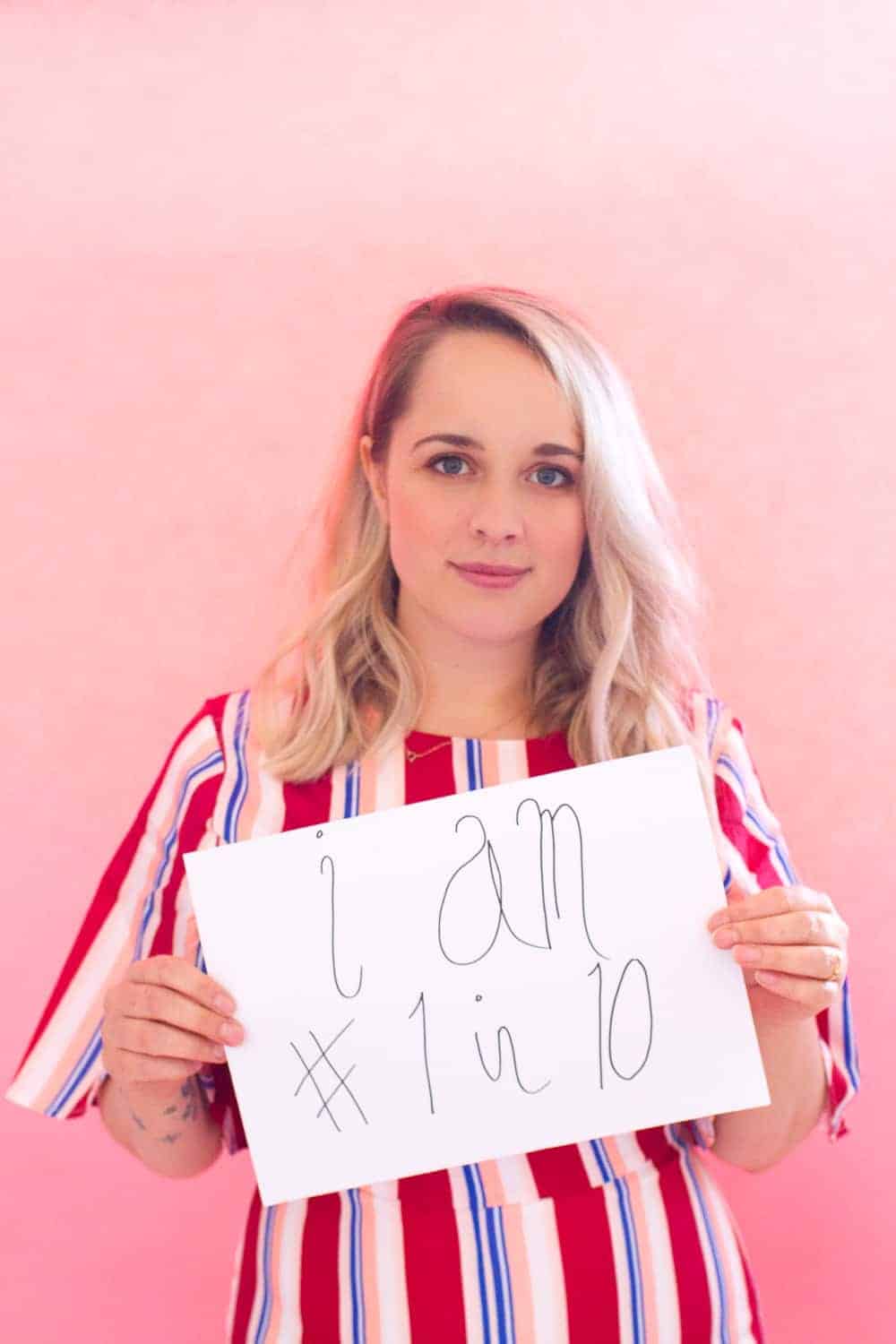 March is worldwide Endometriosis Awareness Month and is a cause that is very close to my heart. In 2016, after nearly 13 years of doctors appointments and scans, I was finally diagnosed with Endometriosis, a condition where cells similar to those inside the womb are found elsewhere in the body, for me this included my outside my womb, ovaries and bowel. You can read more about my diagnosis and symptoms here but today I wanted to first update you on my condition then tell you about a campaign that has been running on Instagram this month and how you can be involved.

The last I wrote about my own struggle with Endometriosis was in summer of 2016 when I updated you on our first round of IVF and that is where I will begin. Once we’d found out that our first round of IVF had failed we took a couple of months to get over the initial shock and heart break but by September we were ready to try again. My fertility specialist did another check on my egg count and revealed that in just a few short months it had drastically decreased, so from the outset I’d already set myself up for another failure. My medication was doubled to try and mature any eggs that were there and to my surprise I eventually had two eggs removed, both of which fertilized but once again it wasn’t meant to be and two weeks later, we had another negative result. Although devastated, I had always kind of known the outcome wasn’t going to be a positive, we’d had so much going against us from the outset but this time I knew one thing for sure, I didn’t want to go through it again. Thankfully, Mr T agreed and so we declined the offer of a final attempt of IVF on the NHS.

But just because I had made the decision to stop any further IVF treatment, didn’t do anything for the fact that I was still suffering with a debilitating illness. The month after my final treatment, my periods were back to ‘normal’ and I would often spend whole days in bed doubled up in agony and exhausted from the pain. I went back on the pill to ease the symptoms but in December 2016 my dad had to rush me to A&E due to excruciating pain (which was so painful I could feel it in my feet) and heavy blood loss. There, I was given an internal exam by a gynecologist who once again told me the same thing I had gotten so used to hearing; he could find nothing wrong but as a precaution he would refer me to an endometriosis specialist. 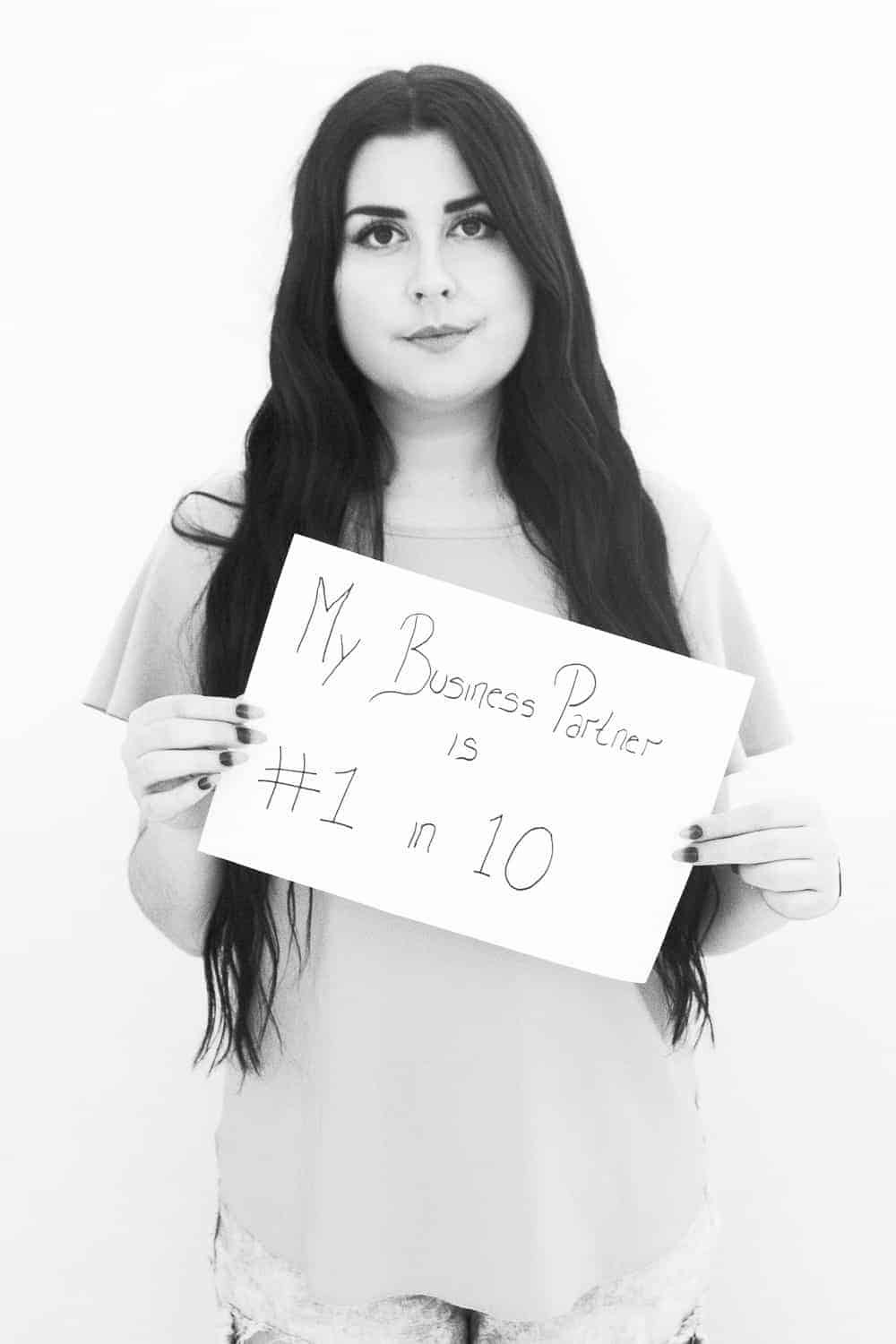 At this point I’d never spoken to anyone who had specialised in Endometriosis. When I was initially diagnosed, the emphasis had been on getting pregnant but never management of the disease. My first meeting with my new specialist was an interesting one and I have to say I left feeling more confused than before. This doctor informed me that the initial surgery carried out by my fertility specialist was only to cauterize the endometriosis in order to aid any subsequent IVF treatments whereas he would be able to excise the endometriosis to effectively ‘cure’ me of the disease. Now I had done A LOT of research on the condition at this point and had always read that it was impossible to cure endometriosis, so I questioned him. He basically told me I was wrong and continued to get my hopes up even further by claiming that I might even be able to start a different course of fertility treatment after the surgery as my chances of getting pregnant would be greatly improved, with the disease removed. I pointed out what was in my notes and explained that I was in early menopause and my reason for not getting pregnant was mainly down to poor egg quality, caused my Endometriosis but he reassured me he was the specialist and obviously knew more that I did. I mean who could argue with that? He then went on to explain that I would need another Laparoscopic procedure to assess how much of the disease had grown back since my last surgery. Although confused, I still walked out of the consultation high on the thought that I might still have a chance of being cured of my disease and better yet, still be able to get pregnant but deep down I knew I was kidding myself.

When we got back to the car I chatted with Mr T about what was said at the consultation and after lots of tears I told him I didn’t want any further fertility treatment and he agreed. The failure of IVF had been so traumatic we didn’t want to put our relationship through that again. So before my surgery I told my specialist about my decision and looked forward to finally having a relationship with a doctor who would solely be focused on getting me better and not on having a baby.

When I came around from the anesthetic, the expression on the surgeons face told me all I needed to know, the damage caused by the endometriosis was bad and I was going to need another procedure. In June 2017 I was admitted for my excision and it was by far the worst of all the surgeries I’d had. I was in so much pain and had to stay in hospital for a couple of days whilst I recovered. The surgeon explained that a lot of my pain was being caused by scar tissue that was a not only a result of the Endometriosis but of my multiple surgeries too but he was positive I should at least be pain free for another couple of years before I would need any further surgeries. 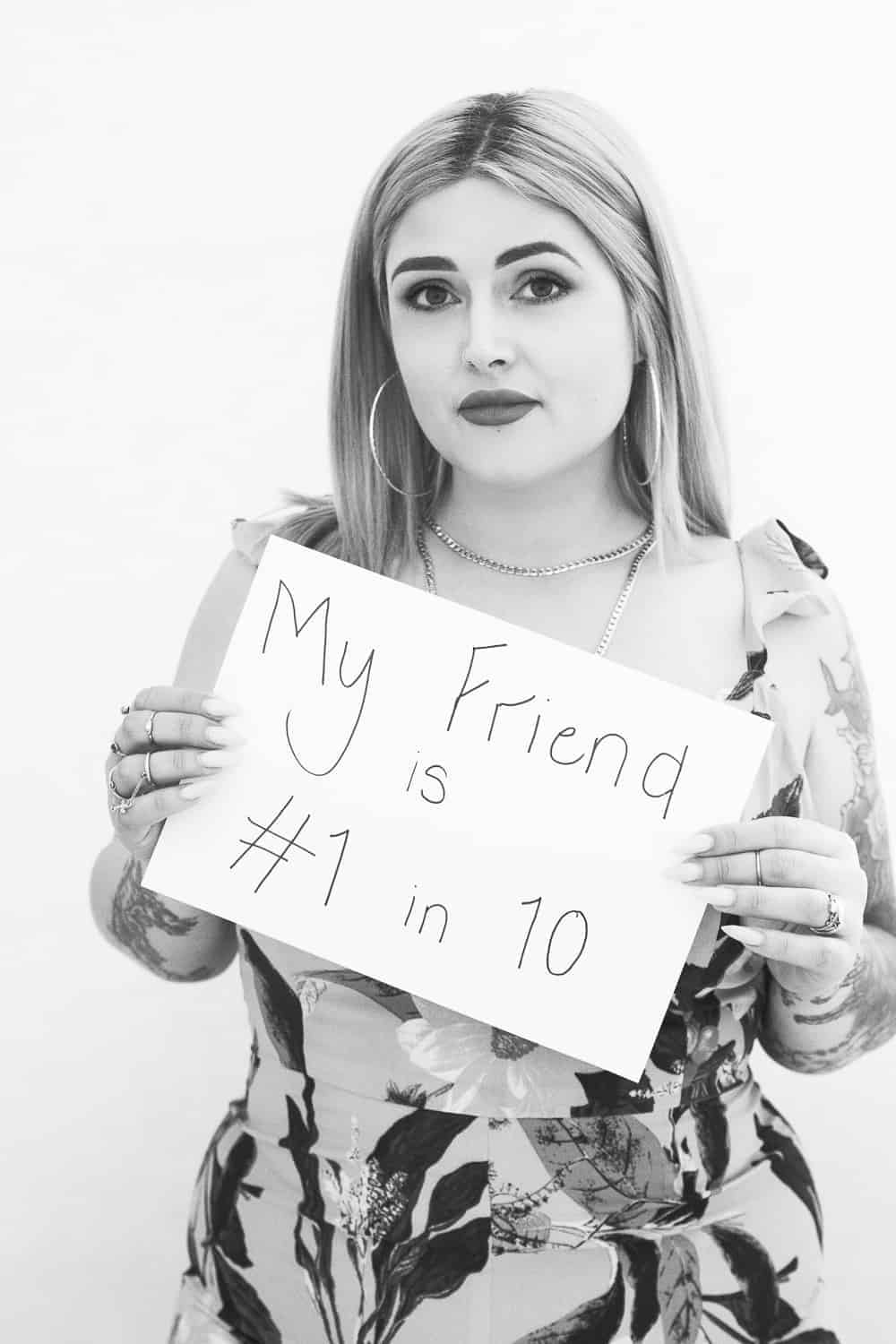 I was called back to my specialists office a few weeks later for a check up to make sure I was healing OK and it was here that my doctor explained more about the procedure I’d had and our next steps for trying fertility treatment again and it was at this point that I finally snapped.  I thought this doctor might be different, I was looking forward to talking with a specialist that was there to help ME! I had explained my decision to him before the operation and I thought he knew that I didn’t want to get pregnant. I just wanted a normal life. Clearly seeing my frustration my specialist quickly changed focus and began to tell me about a drug called Zoladex, which decreases estrogen levels and slows down the growth of Endometriosis. I was finally having a eureka moment and was booked in to have my first injection that month, why had I never heard of this before? And why had it taken me losing my shit to finally be listened too, once again!

Naturally, as soon as I got home I googled Zoladex and found myself immersed in forums reading both successful and unsuccessful accounts of the drug. I would be lying if I said I wasn’t a little freaked out by some of the supposed side affects but at this point I felt like I had nothing else to lose. If this didn’t work I was seriously considering a Hysterectomy.

Initially, I was only allowed to be on Zoladex for six months but as I reacted so well to it, I have been allowed to stay on it for the time being. I had read so many horror stories of women gaining weight, losing their hair and sore joints but I can happily say I never experienced any of that, in fact it was quite the opposite, except for the hot flushes, which I have to say feel like a piece of cake compared to the pain I was in. For the first time ever I am finally living a ‘normal’ pain free life. I must point out however, that everyone’s experience with Zoladex is different and I recently chatted with a friend from endometriosis UK who described her experience as pure hell but I can officially say, for now I have finally found the right treatment for me. 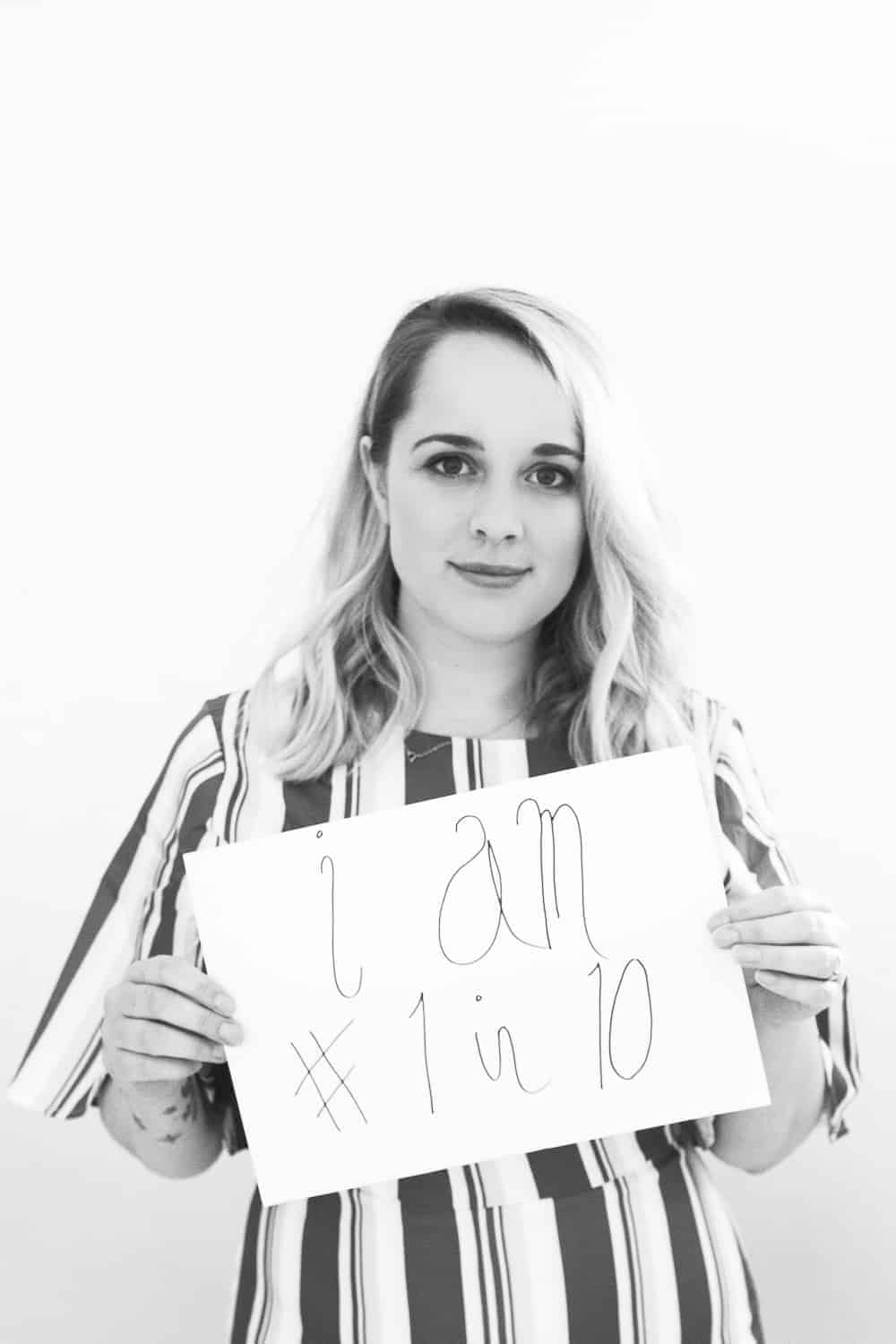 Its been an emotional and at times confusing couple of years, even now with celebrities like Lena Dunham and Padma Lakshmi opening up about their own struggles with the condition there seems to be some confusion on how Endometriosis is treated with emphasis on getting women pregnant rather than on treatment. That is why I’m so passionate about doing everything I can to help raise awareness of Endometriosis, so today I too am taking part in the #1in10 Endo Challenge thanks to The Endo Co along with some of my beautiful friends and I hope you will join me too. Here are the rules:

Thank you for reading today’s super long story but I hope it encourages anyone who is experiencing similar symptoms or living with endometriosis to know you are not alone. It can feel like you are always fighting an uphill battle and that is why it is so important that we raise more awareness. We need more money being spent on research and funds to train other medical professionals so they are able to advise sufferers on suitable methods of treatment and pain management.

Thinking of all my #endosisters…