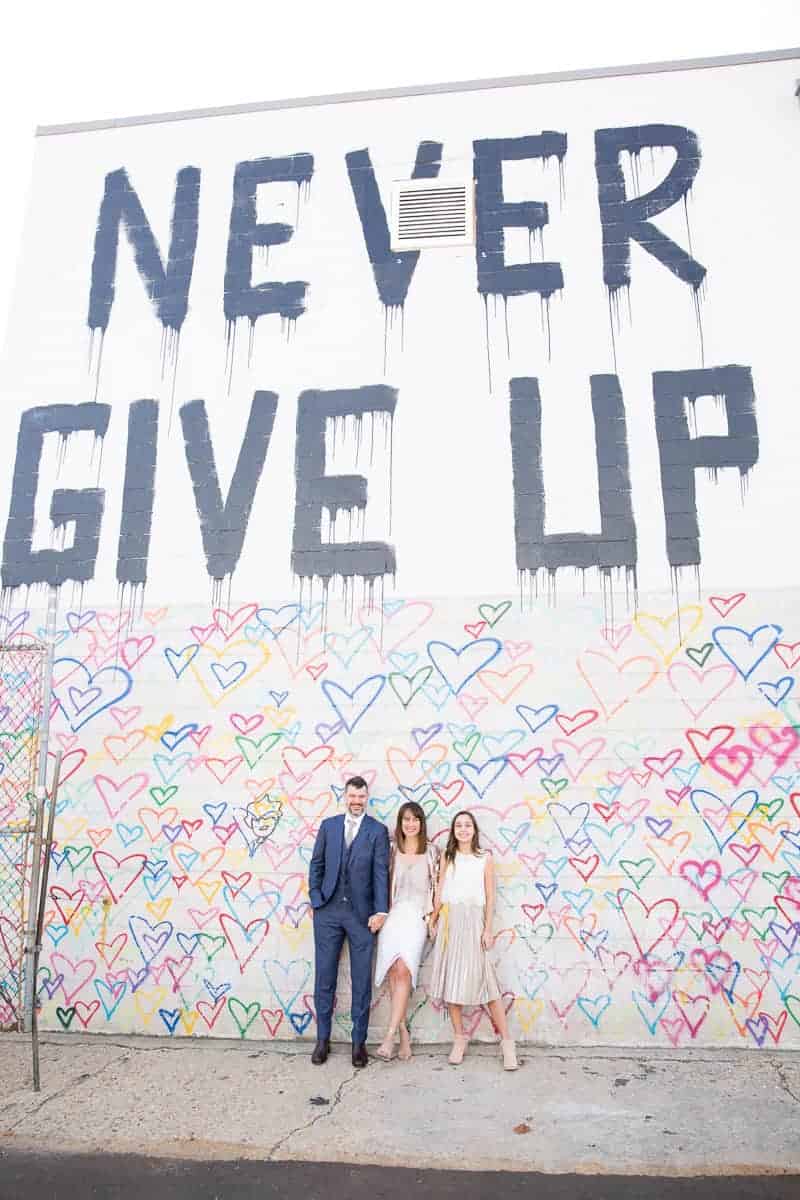 Sara and Garrick told their friends and family that they were having an engagement party at their favorite DC restaurant, Lupo Verde, but little did their guests know, they were actually planning a surprise wedding! 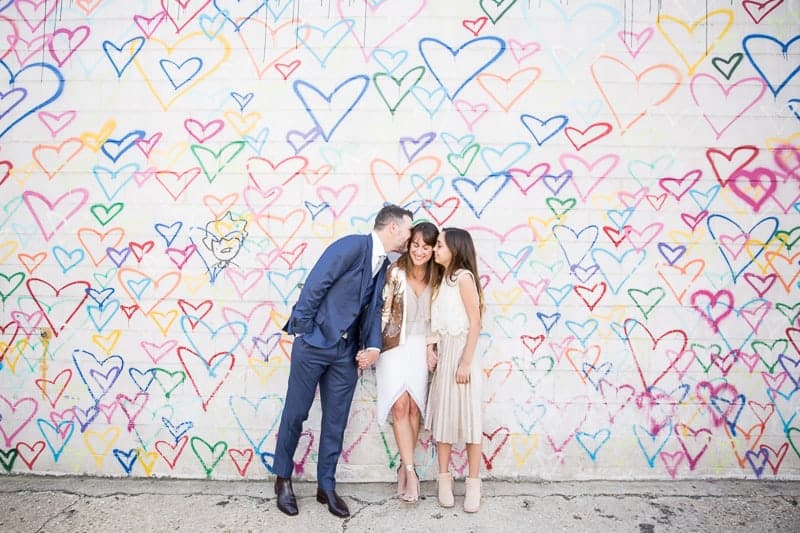 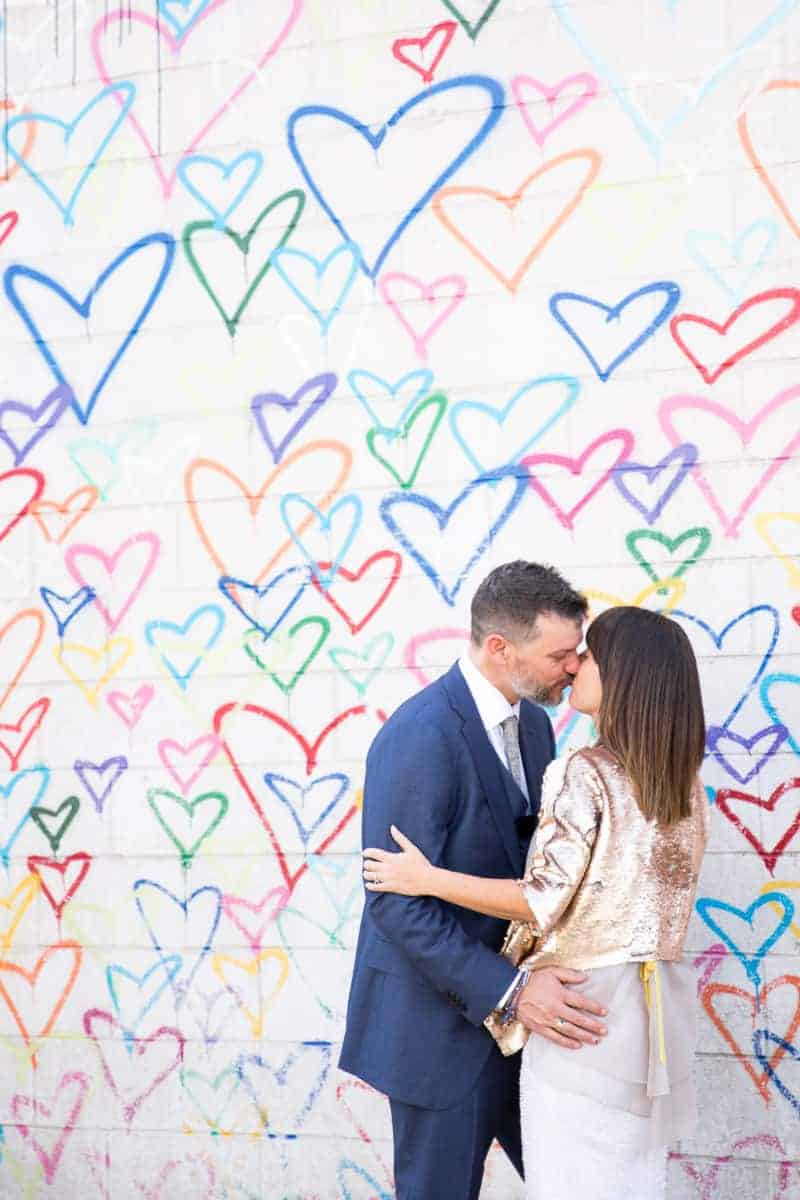 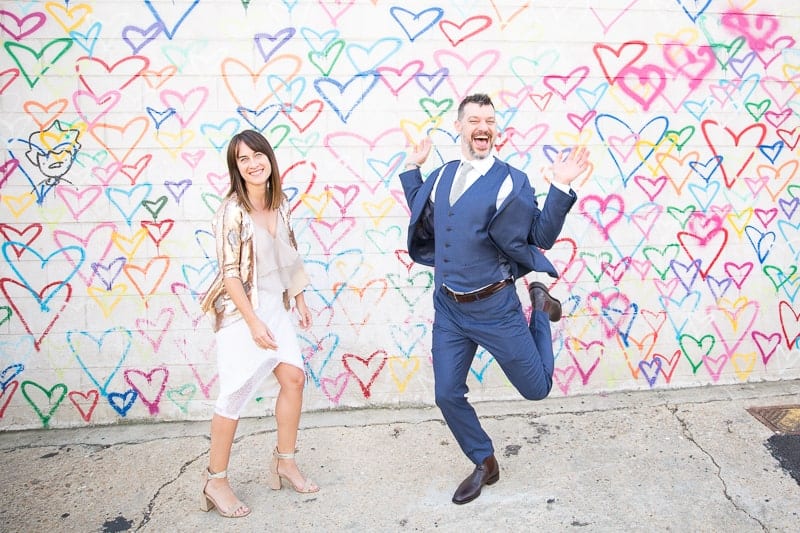 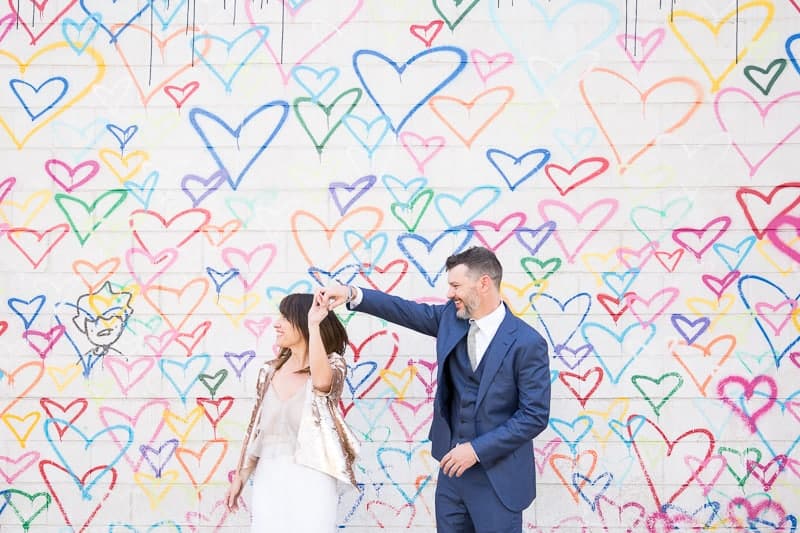 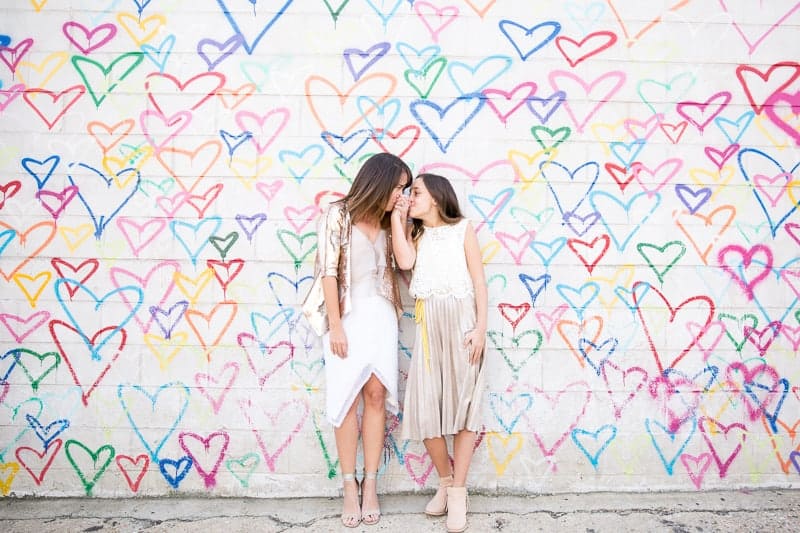 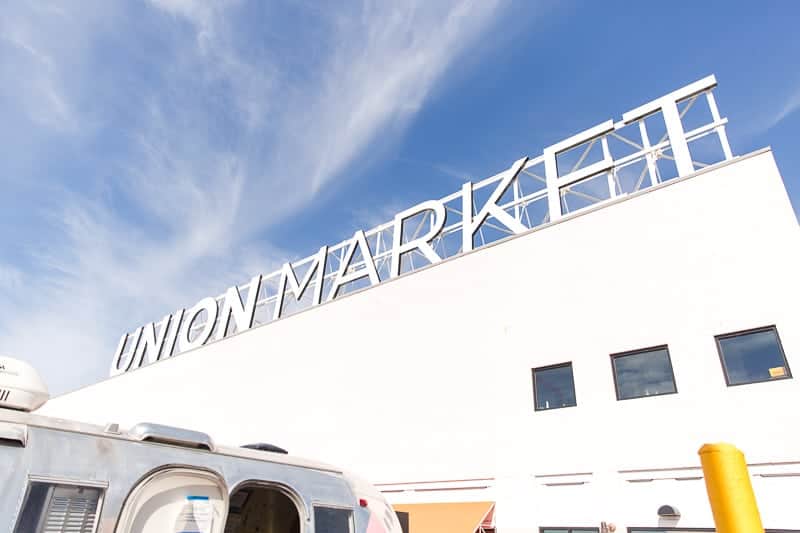 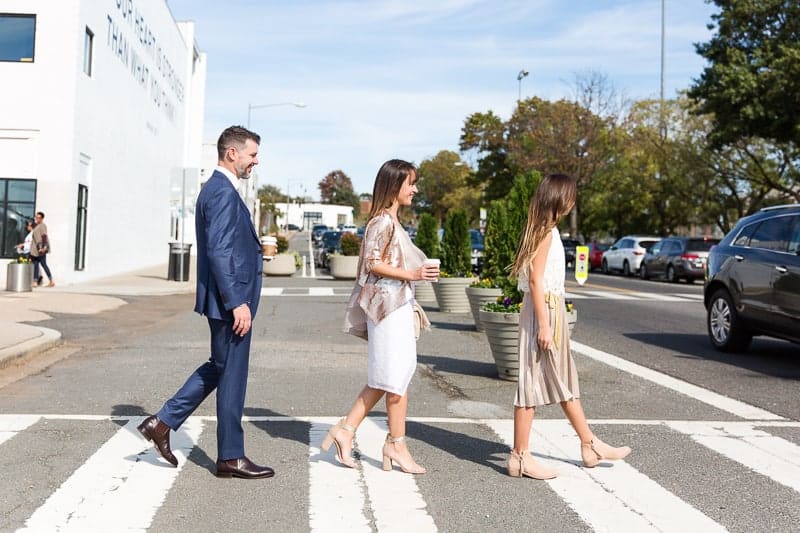 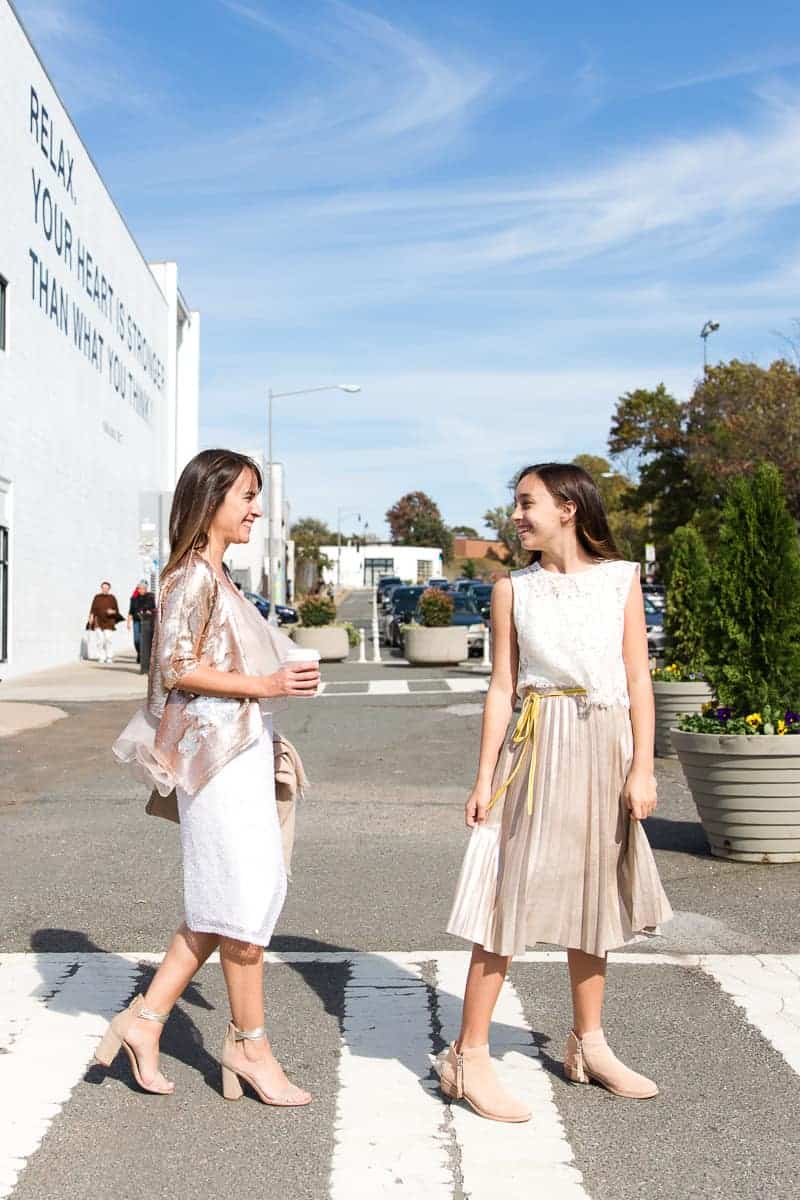 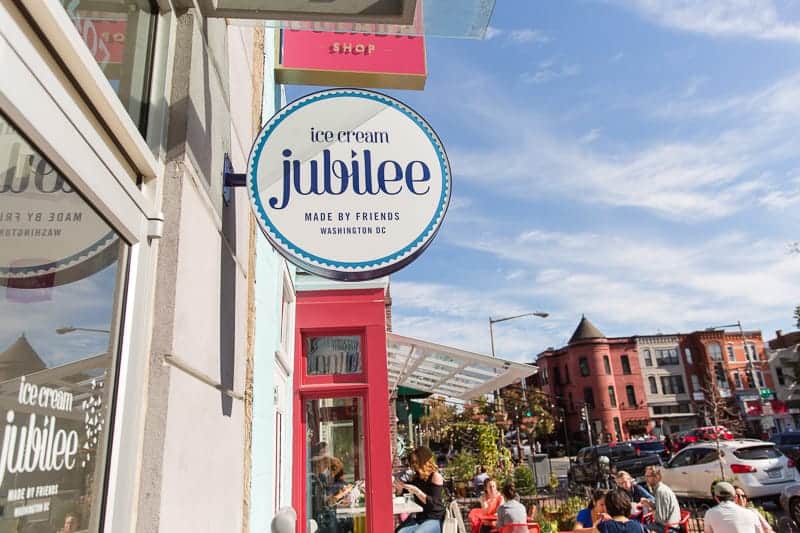 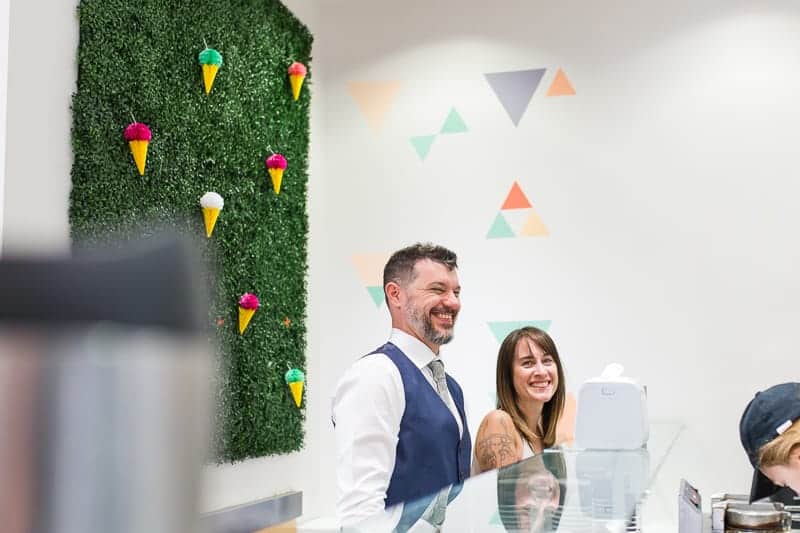 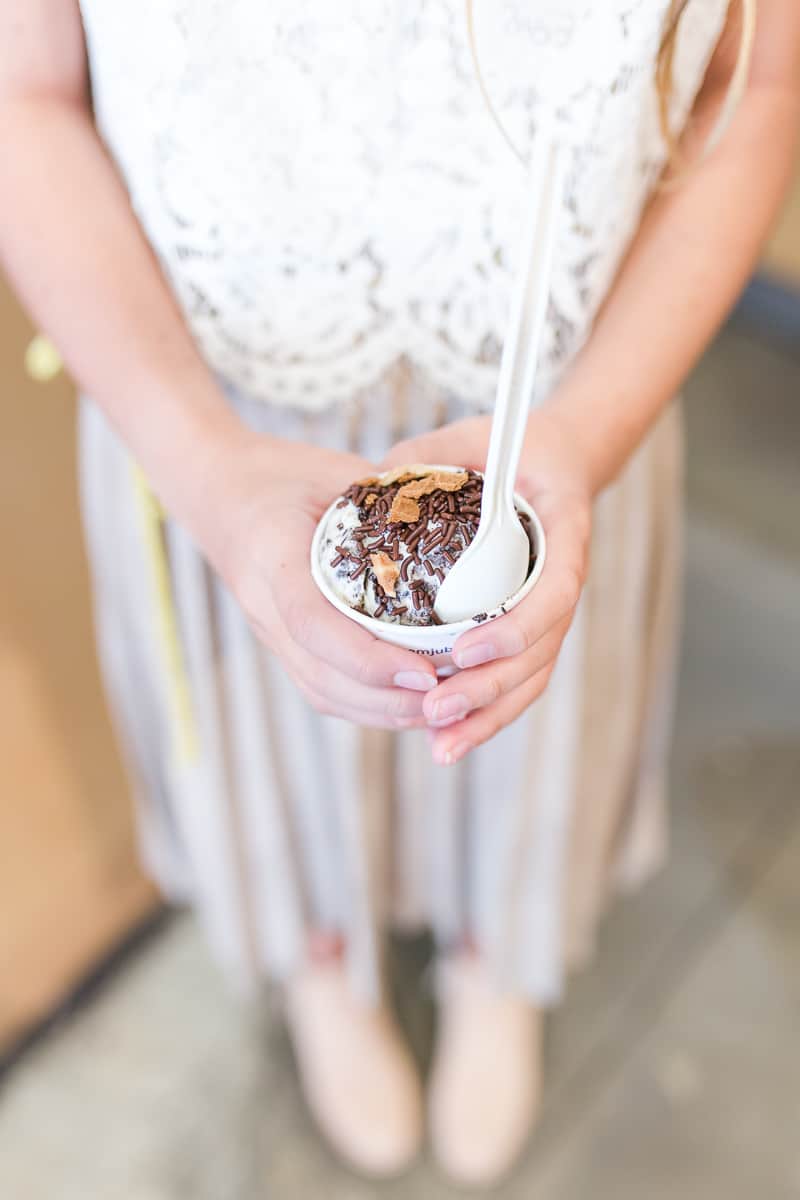 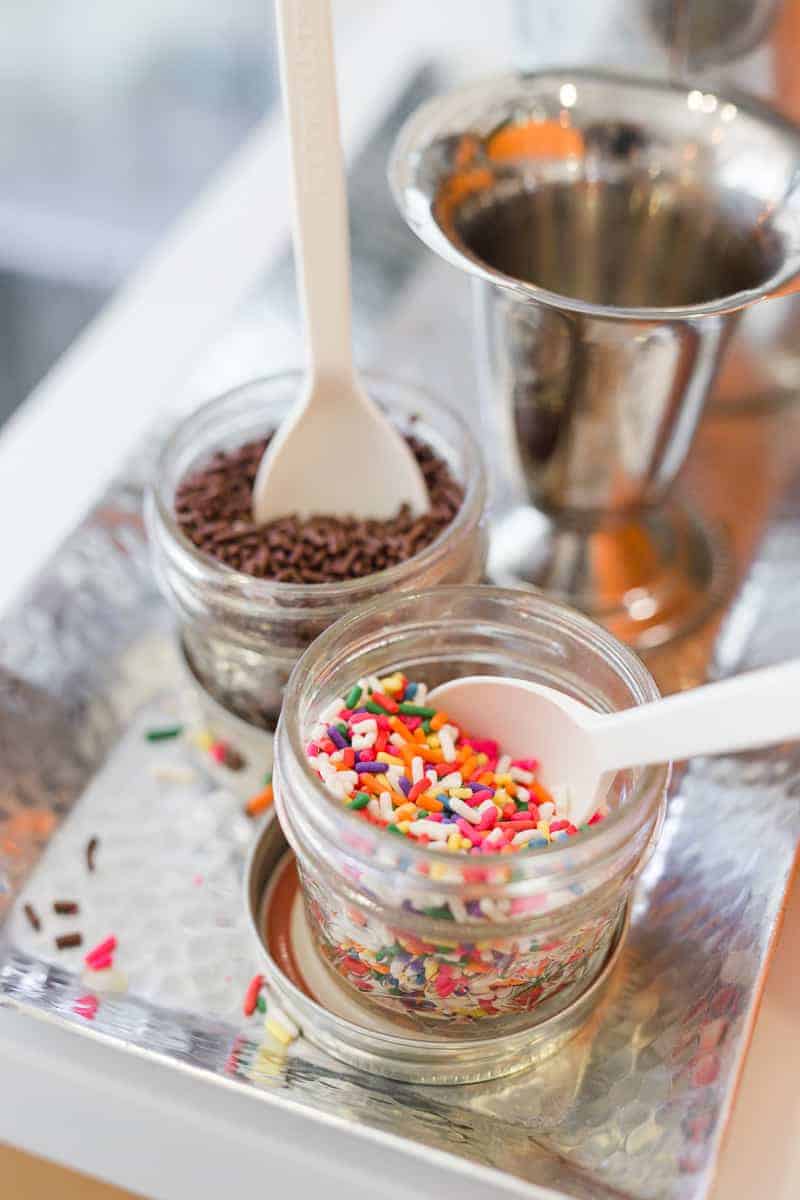 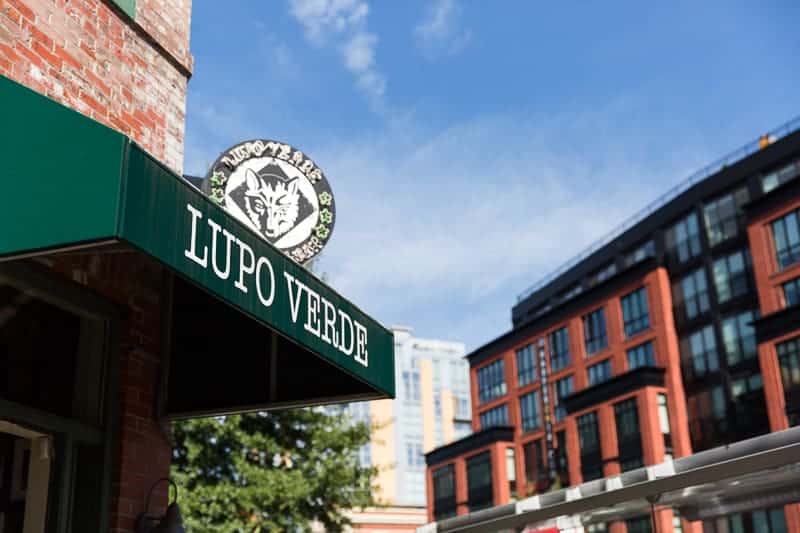 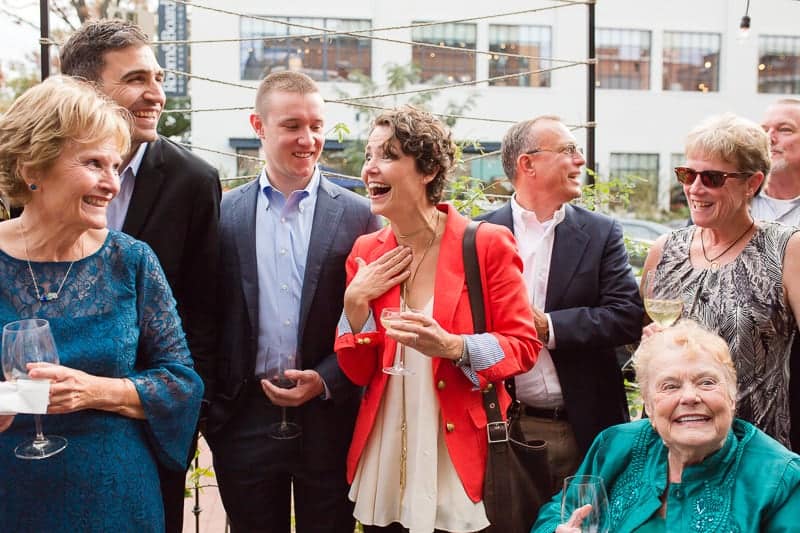 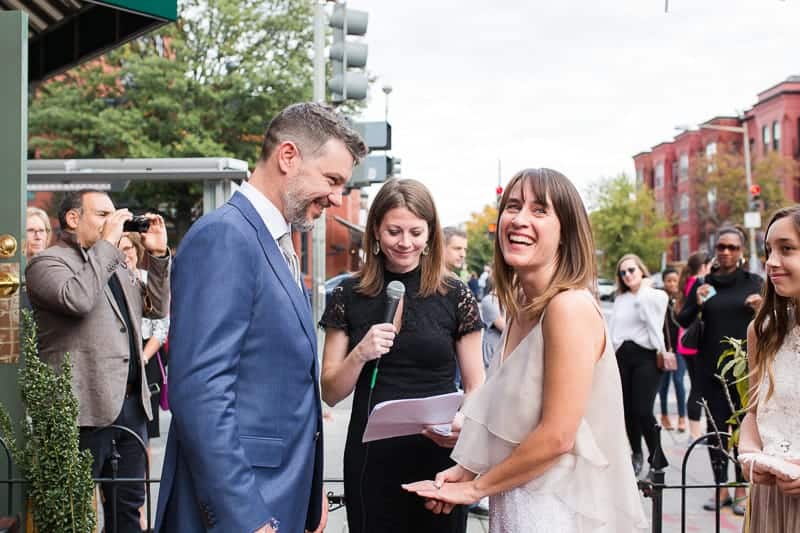 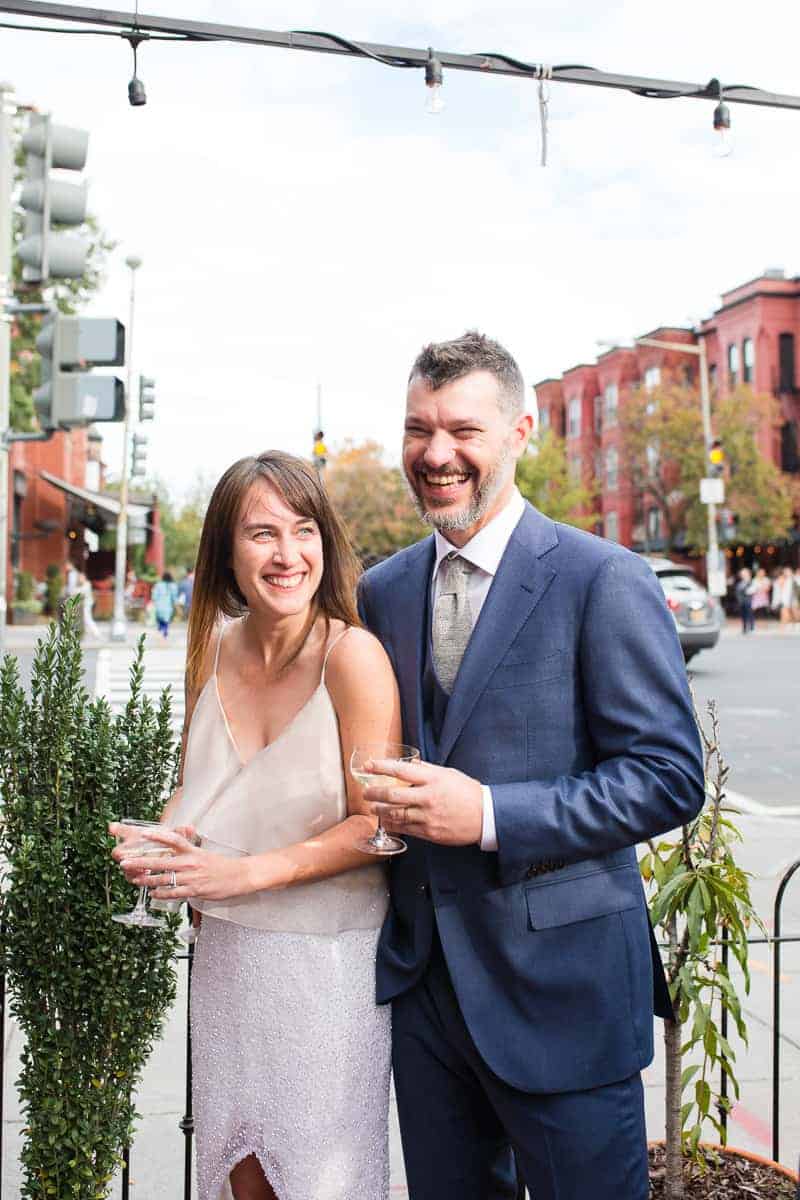 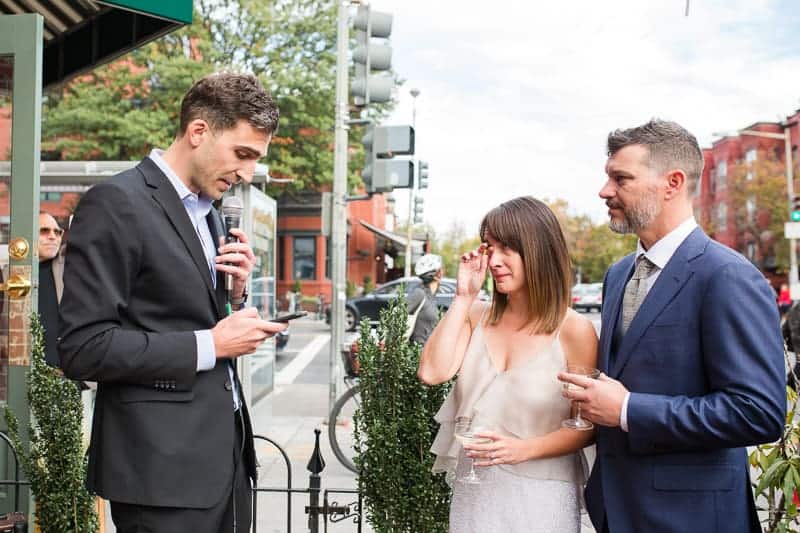 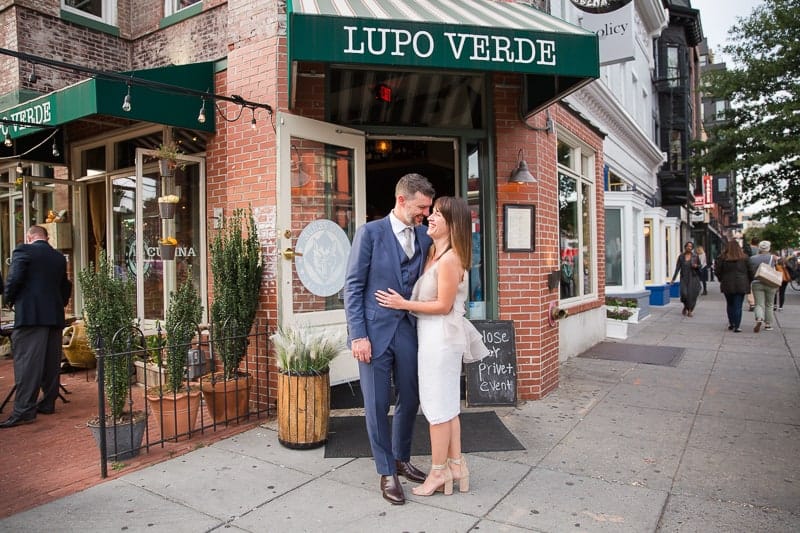 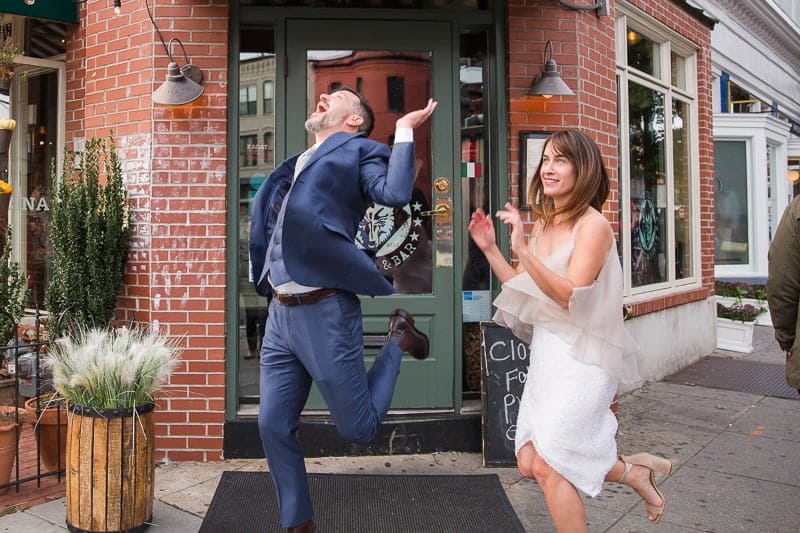 “This was to be both of our second marriages.” Sara began

“We wanted to keep things low key – but at the same time, we wanted to share it with friends and family. So we decided to throw an engagement party.”

But this would be an engagement party with a twist?

“About 30 minutes into it, we would got married!” Sara revealed.

“We wanted to keep things really simple. We met at Lupo Verde, on our first date, and we go there so often, the crew there is family to us. So we rented out the place for a few hours on a Saturday afternoon. They took care of everything. We didn’t have to pick a menu or drinks – everything there is delicious so we just told them to do something great, and they did.”

“We’d told a handful of people about our plan to get married at the party – our best friends played our wedding song as a signal, and there was a “flash mob” conga line outside to the patio. The friends who knew grabbed the folks who didn’t and led them outside. Once everyone was there, we told them, we’re just going to get married right now. And everybody cheered. It was a great moment. Also, because we got married on the outdoor patio in the middle of 14th Street on a Saturday, complete strangers stopped to watch us get hitched. Some of them even filmed it. It was hilarious.” She added.

“I saw the dress I wanted early on. It was hard to find something that was special but not too bridal (because of the surprise and also, just personal style). Also, we got married two months after we got engaged, so there wasn’t a lot of time. I fell in love with the pieces from Carol Hannah and ordered them online and crossed my fingers. They turned out to be perfect. And I can wear them all again separately or together.”

“Charlotte’s shirt was from BHLDN, it was the very first thing we bought for the wedding. It was just perfect for her. But all the skirts were too big because she’s you know, only 13. So we found one at Anthropologie just downstairs from BHLDN and had it quickly taken in. She’s a bit of a tomboy, so Garrick suggested that she could wear boots to be more comfy. It was a perfect idea to balance out what was probably the most girlie thing she’d ever worn. And I loved that Carol Hannah had an extra ribbon for her (to match the one on the back of my camisole). Garrick had his suit made at Suit Supply. They did a great job – it fit him perfectly and I loved that the color was distinct for the day, but not your typical wedding suit color. He’s not a typical kind of person :)”

“Apart from the whole thing being a suprise, one of the things I looked forward to the most was giving our vows. We worked on them last minute, some parts were shared and others were secret until the day. And they were so much alike. It was kind of uncanny.”

“Garrick had also bought Charlotte a tiny gold ring with the tiniest little diamond ever in it, and gave it to her as we all got ready. Which was just so … amazing. He’d also prepared something to say to her at the ceremony about how we were becoming a family. And that brought down the house.” Sara explained.

“Seeing all of our friends in one place was also very special. We both lived long and full lives before meeting each other, so we had very old friends and very new friends there, and it was so cool to see everyone meeting each other and having the best time. My little brother also gave the most incredible and unexpected toast about how having a sister like me was like having “the most badass chick in the world in your corner from day one” and how Garrick was like a brother to him –  oh my god, we were all just bawling.”

“It’s so important to do what you love for your wedding day, but keep it simple. Don’t let anyone make you feel like you “have to” have or do something gigantic and stressful. Focus on how you will have fun and enjoy the day – and then other people will too. I would also advise not to wear anything uncomfortable, it’s not worth it. You have plenty of days in your life to look amazing, this is just one of them.”

“Finally, get a good photographer who knows how to stay in the background and capture really great candid shots, as well as the traditional poses. In ten years, those posed group pics with your bridesmaids will become outdated and the dresses won’t fit on your mantle, but the picture of your best friends ‘slightly’ misbehaving and laughing it up like total kooks probably will.”